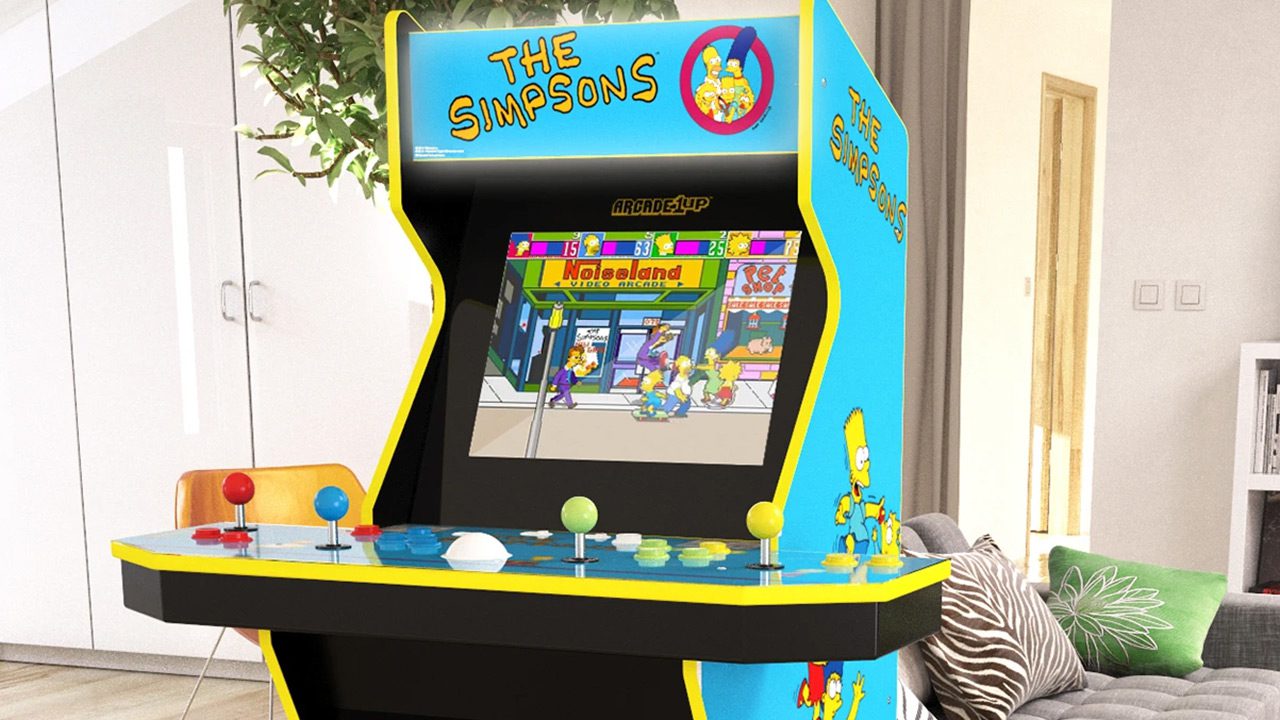 Dibs on Marge and her bunny ears

[Update: Pre-orders are open for Arcade1Up’s The Simpsons at retailers like GameStop, Target, and Best Buy. The four-player cabinet is $700 (!) and it’ll ship in “late fall.”]

Arcade1Up is opening pre-orders for The Simpsons on August 16, and you can set yourself up with notifications, but how much will the cabinet cost? I guess we’ll find out closer to that date — there isn’t a price tag listed yet. That said, folks are fully expecting to need to cough up $600-$650, if not more, given the included riser, stool, and tin wall sign.

The 48″ tall Arcade1Up Simpsons has “two games in one” — presumably The Simpsons Bowling, hence the trackball — as well as a 17″ LCD screen and online co-op support. That’s a good inclusion not just as an alternative option, but also considering how tight of a squeeze it’s going to be with four bodies huddled around this scaled-down cabinet.

Based on the four-player setup in this video, you’re gonna want to be Player 2 or 3.

It continues to be a shame that we can’t easily, readily, officially play The Simpsons on platforms like Nintendo Switch. After recently watching the RKG lads burn through Konami’s 1991 beat-’em-up (among many lesser Simpsons games), I’ve had that itch.

I just wanna wail on evil, caped Smithers with a vacuum, you know?

As it stands, this game is a well-remembered classic that in-the-know fans can still rally around with emulation — or yes, an arcade cabinet — and that’s fine, but it could be enjoyed by a much larger group if we didn’t have to jump through these hoops. I personally missed the digital re-releases of The Simpsons on Xbox 360 and PlayStation 3, which have since been delisted. In 2021, that whole saga feels like ages ago.

But yeah, there’s a lot to say about the current state of The Simpsons in video games (or the lack thereof), as well as the wider cabinet-collecting scene in general. The last time we touched on Arcade1Up’s take on The Simpsons, before the delay, it was a real can-of-worms moment. I don’t see that changing! Understandably, arcade passions run high.