When I say that Ape Out is a fun little game, I’m not being insulting. The first couple months of 2017 have smothered players with boundless open world games like Nier: Automata, The Legend of Zelda: Breath of the Wild, or Ghost Recon Wildlands. When the horizon (pff) looks to be more of the same, it’s nice to look ahead and see a game about a big orange ape powderizing guards.

It’s an amusing trifle, but that’s no bad thing! It’s nice to have a popcorn indie game on the release calendar. For a few pleasant hours, you don’t have to worry about the storm clouds that follow you around like you’re Eeyore, you can just enjoy the visceral, immediate pleasures you get from whipping a suicide bomber into a crowd of his buddies and turning the whole lot into paste.

Right now, based on my PAX East 2017 demo, Ape Out absolutely fits that niche. It plays very well, serving as a prime example of how responsive controls often make the difference between success and yet another restart. To be fair, that just comes down to everyone’s favorite old nebulous term “polish” — nothing about Ape Out is particularly revolutionary, but it’s still a well-made hoot. 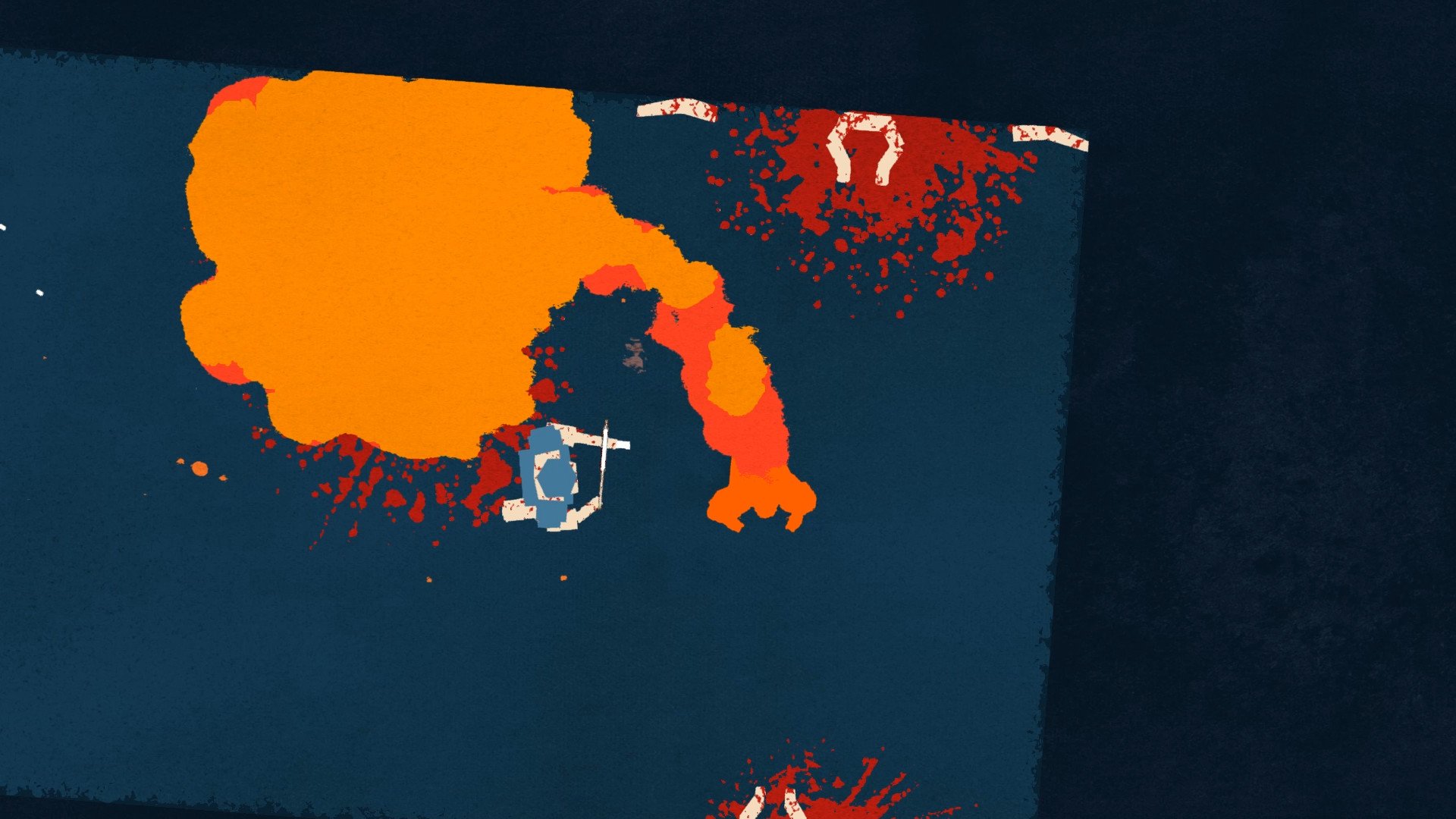 In Ape Out, you are an ape. You’re escaping. Kill the guys. That’s it! I’m not going to sit here and pontificate about how Ape Out‘s minimalistic nature is “refreshing,” or anything like that. It’s just that after weeks upon weeks of prophecies, and chosen ones, and cocaine armies, and galactic expeditions, it’s real nice to not be constantly updating a codex of terms and characters in the back of my head. It’s not so much a break from tradition, more a gulp of air. Most days, I’m okay with rotating between all sorts of video games, but I’ve seen a lot of the same thing recently. Ape Out is different, so it’s got a leg up. Take that how you will.

As The Ape, you have one major tool at your disposal: those big ol’ arms. All successful encounters will end the same way: with The Ape still breathing and a puddle of pixel blood where your foe once stood. You can either whip bad guys into walls/their best friends, or you can grab your captors and put off the throwing until there’s a convenient mob, all stacked up on each other like squishy bowling pins.

My god, when you throw the enemies! The combat is so immediate, with very little time between your intent to kill and the intended death. That’s what makes Ape Out so fun to play in a nutshell; it plays so god damn tight that each kill feels like both setup and punchline, delivered simultaneously. 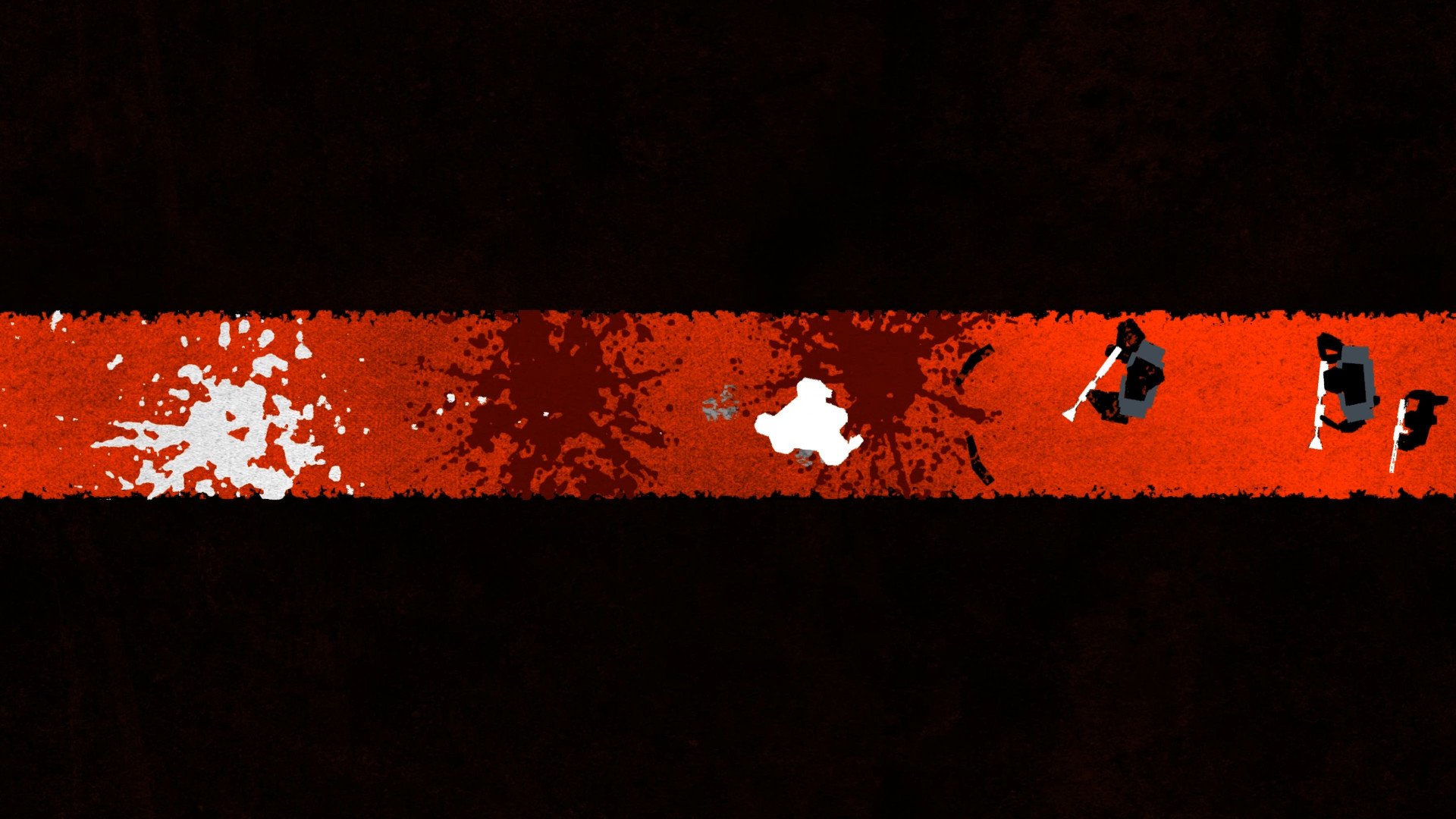 The game also boasts a distinctive animation style, one that feels more suited to a stealth game at times. The hazy blue that makes up the floor and the walls give the impression of a static background, one that changes with perspective. Like that Cartoon Network show Chowder, if that’s a reference that scans with our younger readers. As The Ape moves, the perspective shifts, revealing passageways that previously appeared to just be part of the floor.

The perspective shifting is constant, so it’s not a case of you stumbling around the level searching for the exit (at least, not in the levels I played at PAX). As long as you move from left to right like a deranged 2D platformer that operates on a top-down plane, you should be fine. It’s more of a neat visual trick than an active hinderance, which I deeply appreciated. When you’ve got mechanics as responsive as those in Ape Out, anything that messes with the game’s flow becomes all the more apparent.

Ape Out is a fun, cheeky video game, and based on my time with the demo (which you can play right now), I’m sure I’ll derive some enjoyment from the full release when it drops in summer. After all, that King Kong movie looks pretty great, maybe I can pretend this is a movie tie-in game!