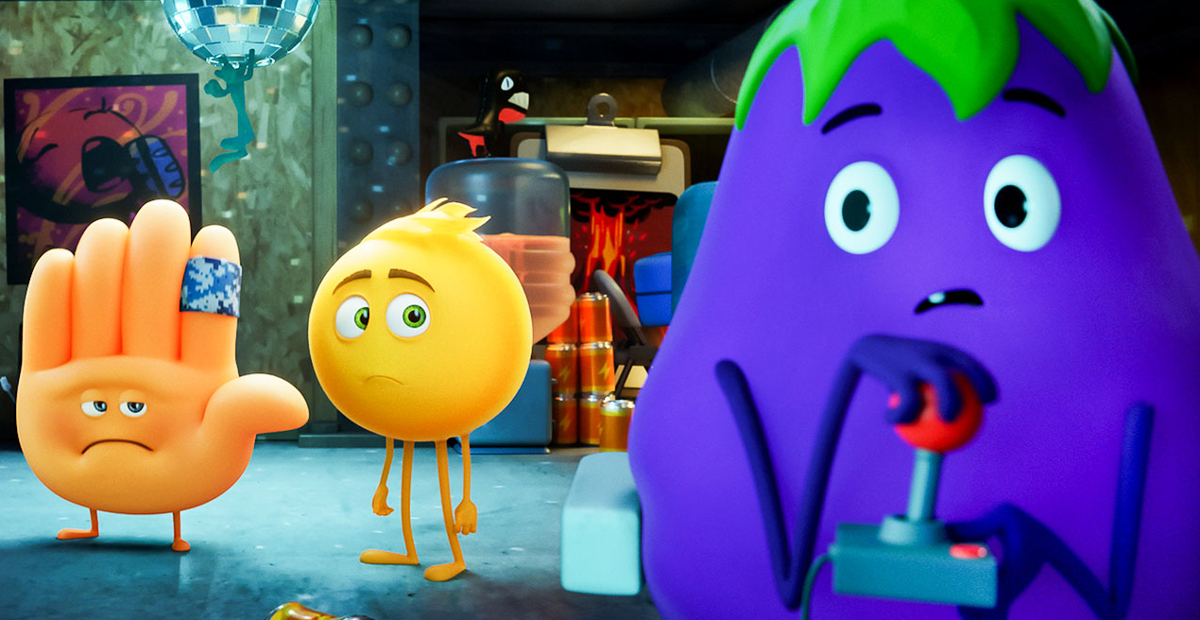 Pain reminds you the joy you felt was real

[Ed. Note: We do awards a bit different at Flixist. Most of our writers do not get early screenings or award screeners of movies, which means it isn’t easy to see some of the films that only get limited releases in December for many of us. As such we wait a few weeks into January so that we can see everything before we choose our favorites, and then vote in February for the site’s awards.]

2017, what a year for films. While it started out looking like we were just going to get endless sequels and creativity devoid superhero movies, all in all, it was a great year for movies, so long as you look past Disney continuing its world domination bid that is. Thanks to the fact that I started writing for Flixist this year I actually kept up with modern releases instead of waiting for them to show up on one of the streaming services. I did miss a few that I wanted to see like The Shape of Water, The Florida Project, and The Disaster Artist but the nice thing about films is that they are little capsules of the time that they were made that we can go back to at any time. So without further adieu, here are my picks for top ten films of 2017. 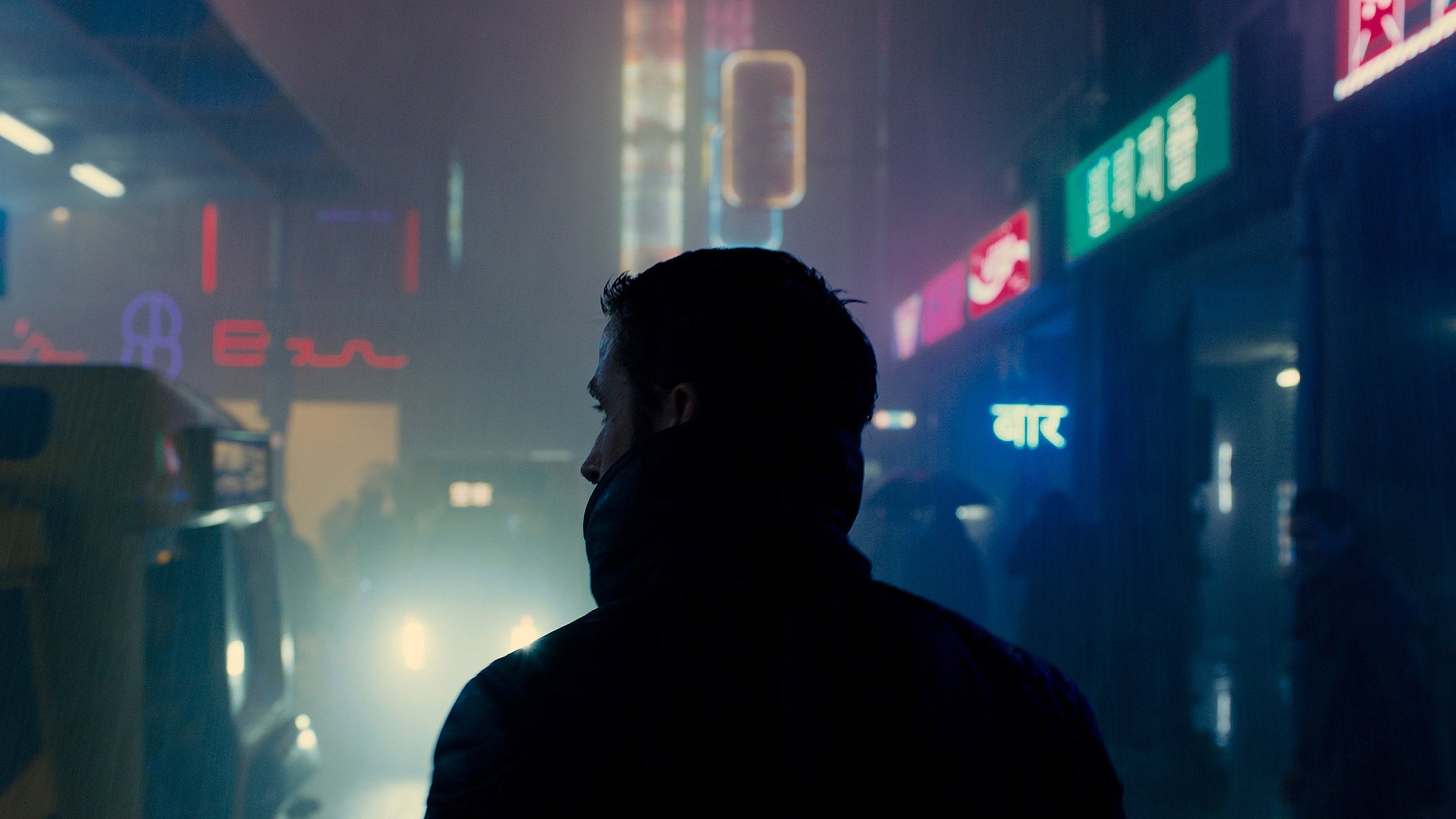 I love the original Blade Runner, it is the perfect combo of science fiction and noir which are two of my all-time favorite genres in films. So it’s no surprise that I was both excited and terrified when I heard there was going to be a sequel some 35 years after the original release. I was excited because a modern take on that dark universe would be welcomed with open arms from me, conversely, I was terrified because what happens if they screwed it up? Thankfully Denis Villeneuve tapped into his inner fan of the original and delivered not only a worthy sequel but a damn good one at that. The setting felt like it was truly a continuation of Ridley Scott’s masterpiece with purposefully devolved tech and the story had this gnawing sense of paranoia that echoed Phillip K. Dick’s original source material. While it might be too slowly paced for some, the slow movement through this dark look into our future was perfect for me as it allowed me to truly soak into the world. My only regret is that I only saw it once in theaters because it’s a movie that deserves to be seen on the biggest screen available. 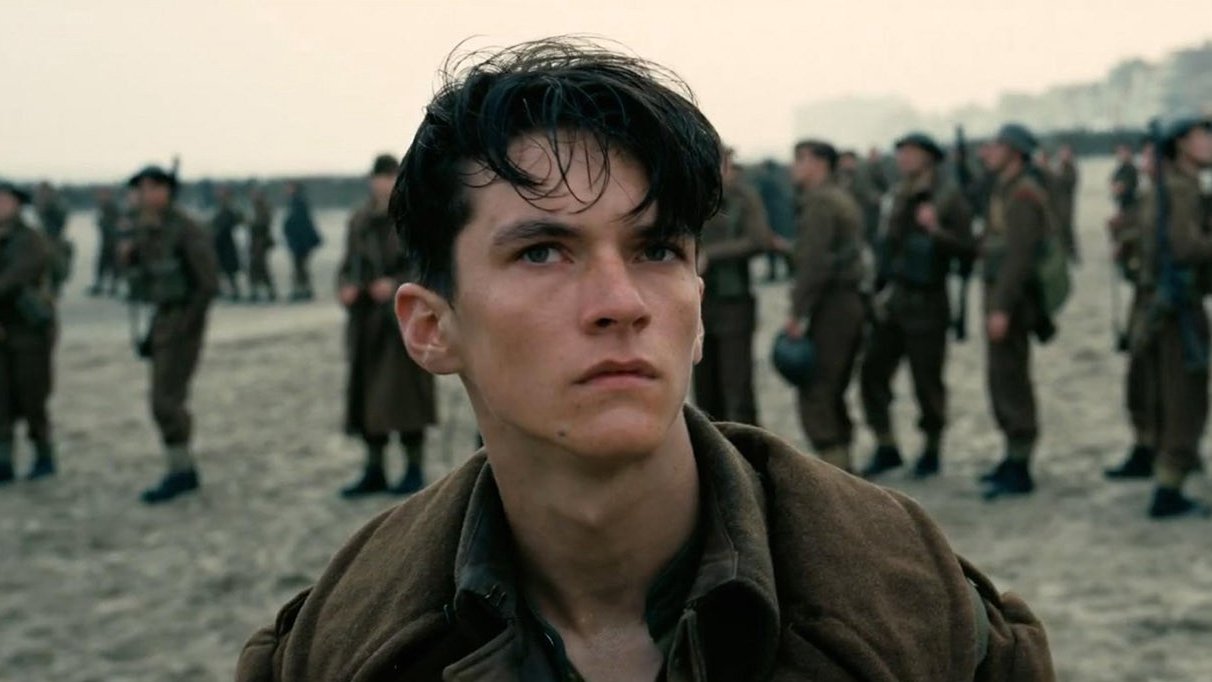 I’ve not been the biggest fan of Christopher Nolan in his post-Dark Knight world. I thought after his runaway hit crime drama that just happened to have superheroes in it that he’d lost what made his movies great. The director who was once known for beautifully crafted character-driven dramas ended up getting lost in special effects, gimmicks, and overly complicated stories that required an hour to explain. Yes, I’m talking about Inception, it was a bad movie. Interstellar brought a little bit of the magic back but still had left a bit to be desired. So when I went into Dunkirk, I was a little apprehensive about how Nolan would handle a historical event. I am happy to say that Nolan struck a harmonious chord between character-driven storytelling and blockbuster action that had me gripping the arm of my chair despite knowing exactly what happens. The film managed to make you care about the characters while maintaining a tight script with minimal dialogue. Dunkirk quite literally rewrote the war film genre for me with its lack of grandiose heroes and making sure that you never got a good line of sight on the enemy but always feared their arrival. It also proved that you do not need blood to tell a good war story. 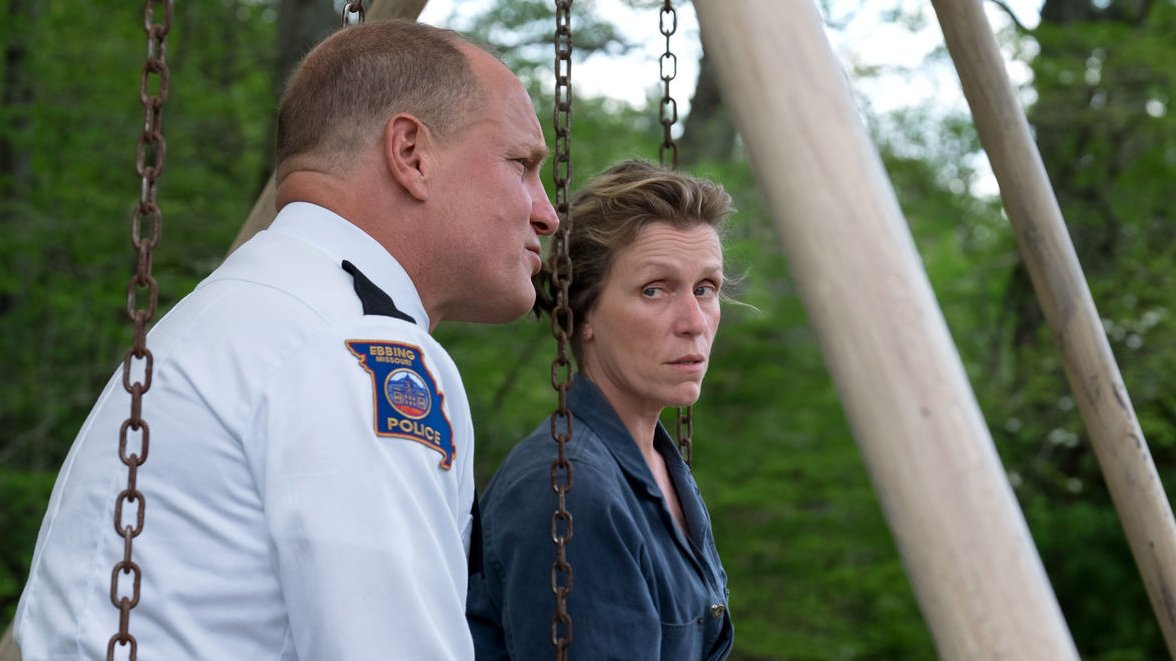 I know I mentioned that science fiction and noir were two of my favorite genres previously in this article, what I neglected to mention is that another of my favorite is the southern gothic genre. It’s been a while since we’ve gotten a great southern gothic movie but the wait was well worth it thanks to Martin McDonagh’s dark tale of a grieving mother going up against her small-town police force who had yet to find her daughters killer. Filled to the brim with pitch-black comedy, and morally grey characters who make it hard to decide who deserves to get what they want, it’s like the movie was made specifically for me. 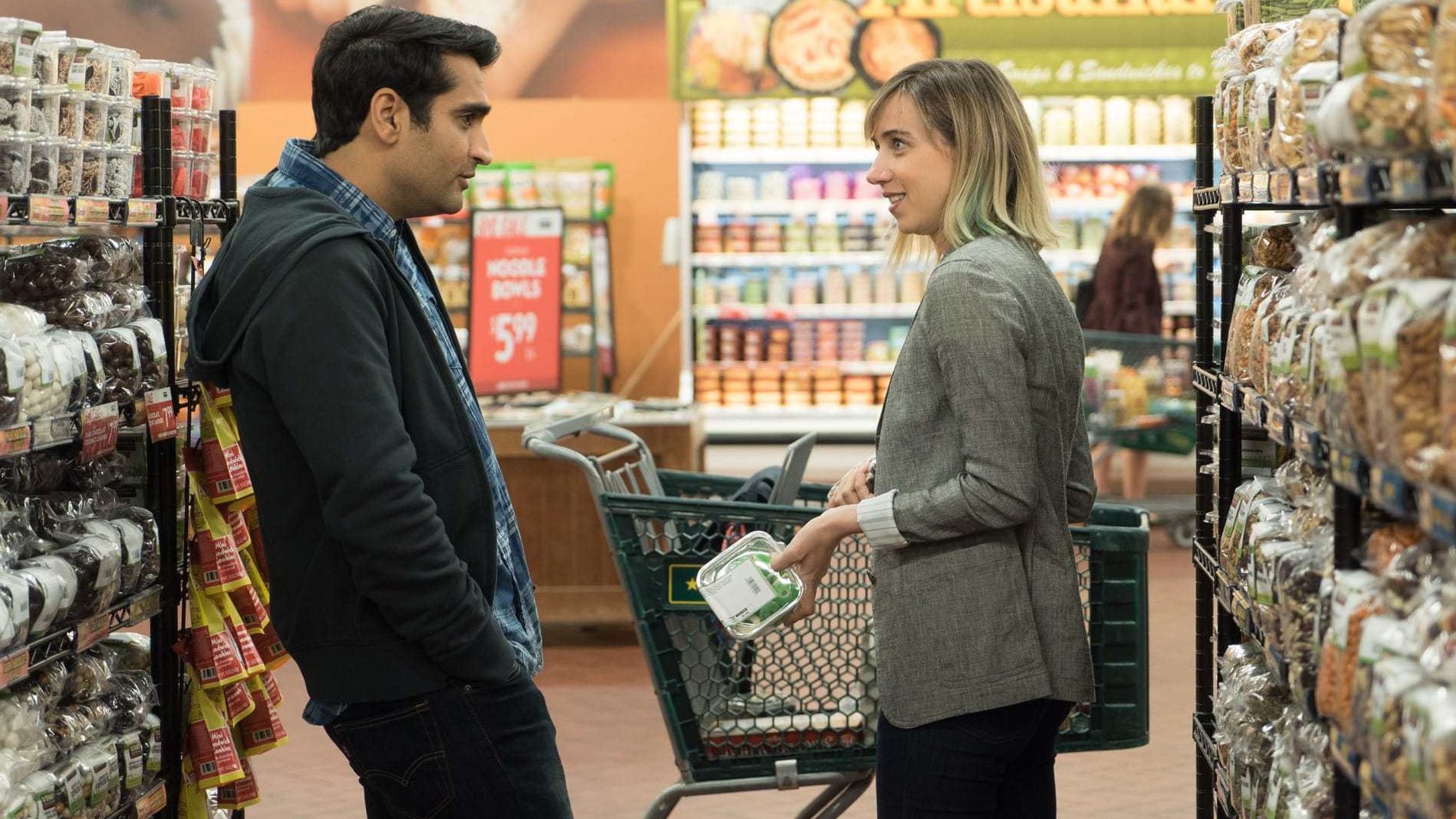 Romantic comedies, they are a tundra of originality in the movie industry, but they are cheap and easily make their money back if released during the corporate mandated “tell-your-loved-ones-that-you-love-them” period of the year. It’s odd for me to enjoy the genre because they are so cliched that it’s a waste of time to watch when you know how it’s going to end. Kumail Nanjiani and Emily Gordon’s The Big Sick, while still having some of the obvious tropes of the genre did enough to stand out among the other movies of the year. I accredit the fact that Nanjiani and Gordon leaned so heavily on their real-life experiences as well as touching on inter-cultural relations that pushed it above the rest. It also helps that the script is actually funny and not just some hackneyed network comedy safe script. 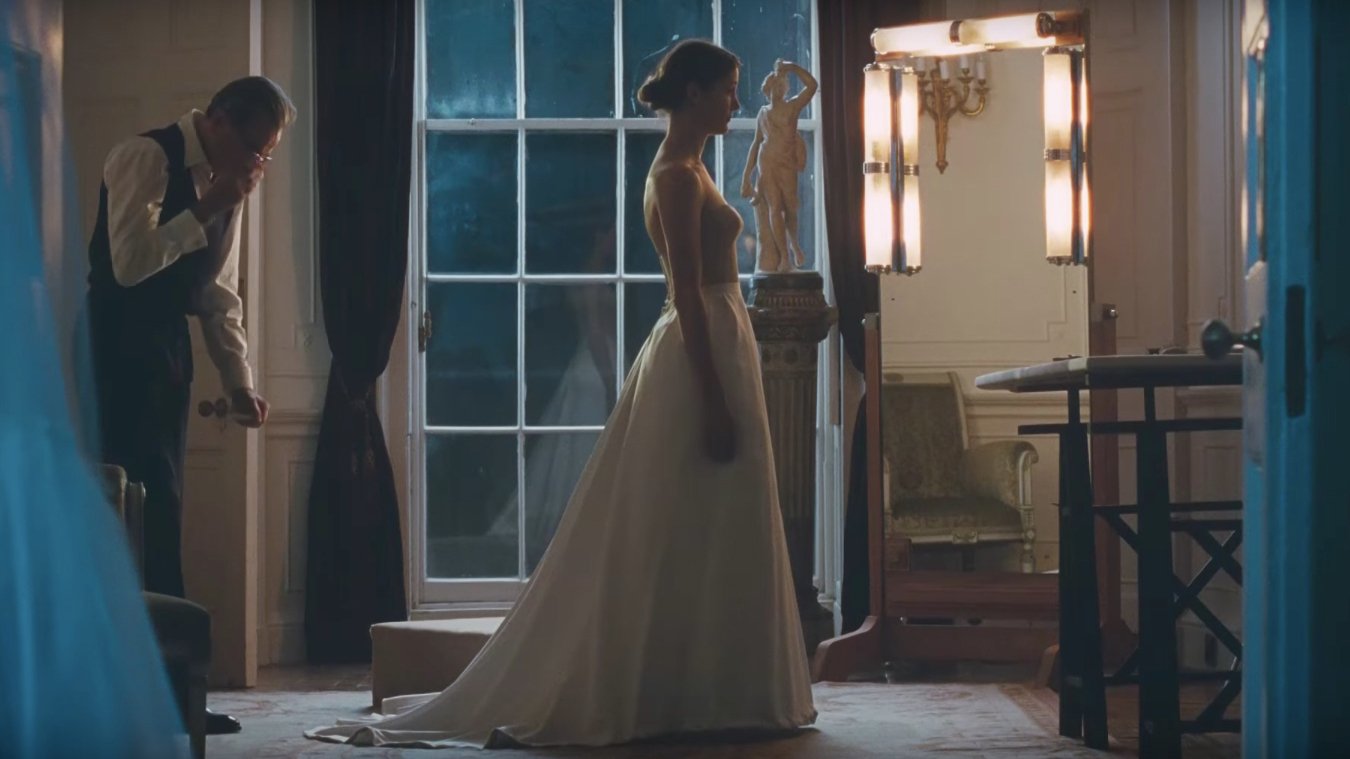 Romantic comedies, they are a tundra of originality in the movie industry…wait I’ve been here before. I’ve long contended that Paul Thomas Anderson could make two hours of paint drying interesting and for Phantom Thread he came damn near close to pulling that feat off. Taking place in post-war London, Phantom Thread tells a love story between a fashion designer and the woman he considers his muse. Sounds boring as hell right? Thanks to Anderson’s masterful directing and an amazing final film performance from Daniel Day-Lewis, the movie is a compelling and beautiful look at aging, the burden of the creator, and the inter-relationship between men and women and how it doesn’t always go the way you planned. I will dearly miss Daniel Day-Lewis from the film world, but if this is how he has chosen to go out then I don’t think there could have been a better choice. 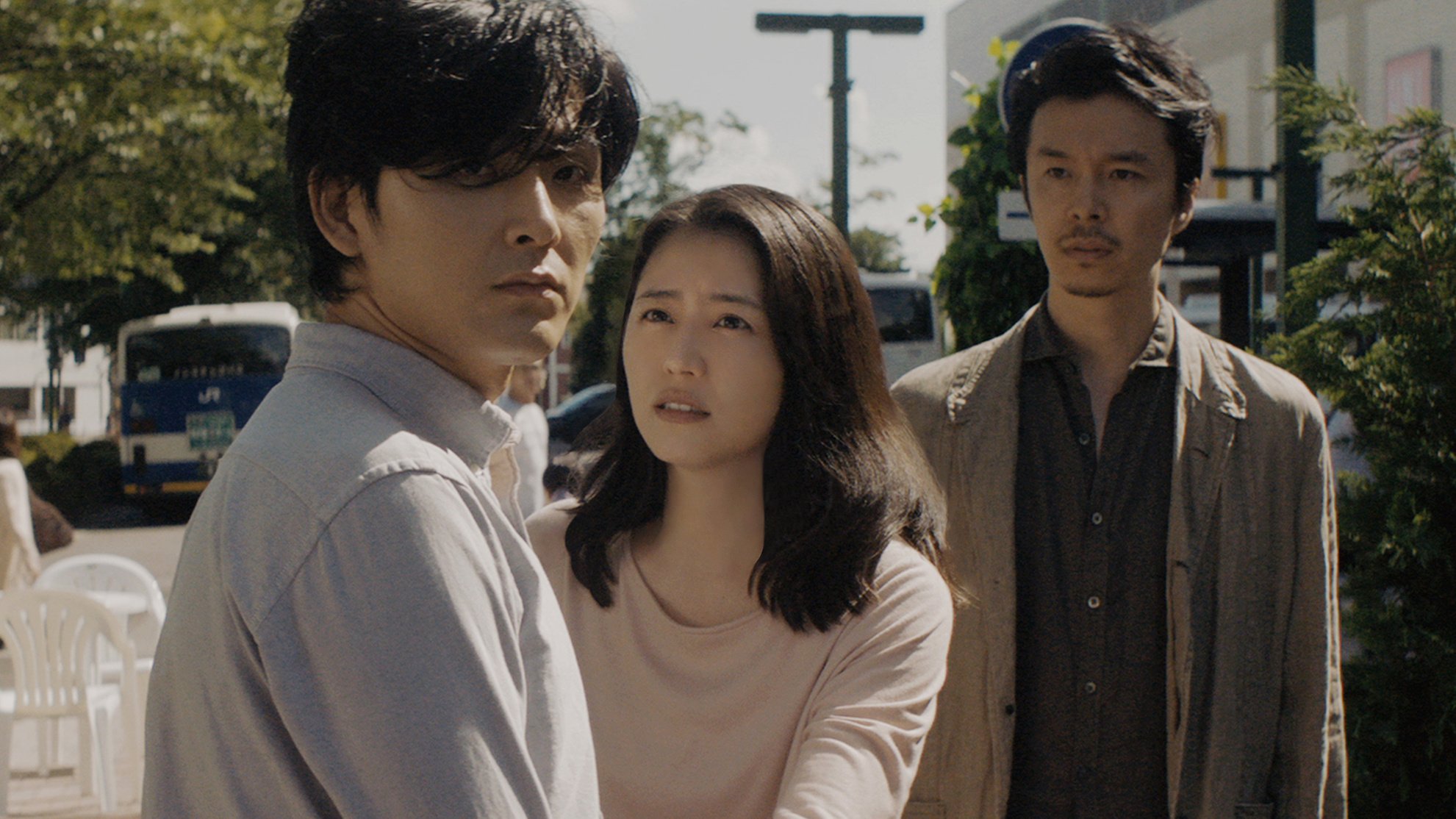 This is a bit of a spoiler as my review for this will be up in a few days but this was too good of a movie to let pass. I’m not going to say too much here because what kind of writer would I be if I gave everything away in a single paragraph, but what I will say is that this Japanese science fiction film managed to take the simple concept of alien invasion and turn it into a moving story about what it means to be human. 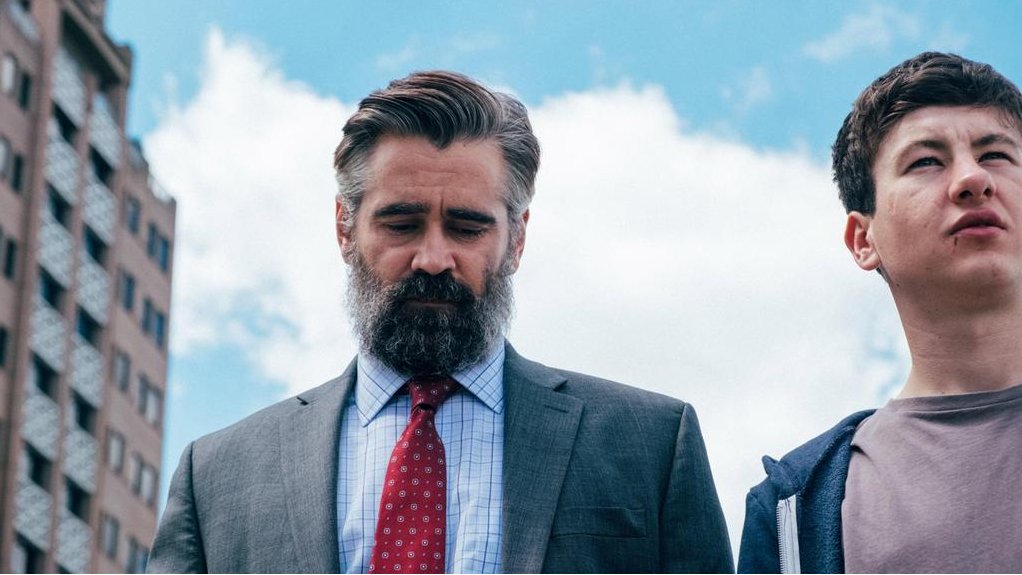 The Killing of a Sacred Deer

Yorgos Lanthimos, you either love him or hate him, for good reason as well. His films all have a very distinct style that stands defiantly in the face of most other conventional films. From the visceral opening shot of an open heart surgery, The Killing of a Sacred Deer never truly lets you relax as you witness the splintering of a family and the trauma that inflicts on everyone involved. You’re gonna squirm a lot through this movie as it takes you down its dark tale, but you will be a stronger person when you come out of the other side. It’s not all doom and gloom though, it’s also filled with the darkest flavor of comedy possible. That kind where you know you shouldn’t be laughing but you just can’t help it, otherwise known as the best kind. It’s definitely not a movie for everyone but it has stuck with me since watching it and that is the mark of a great movie. 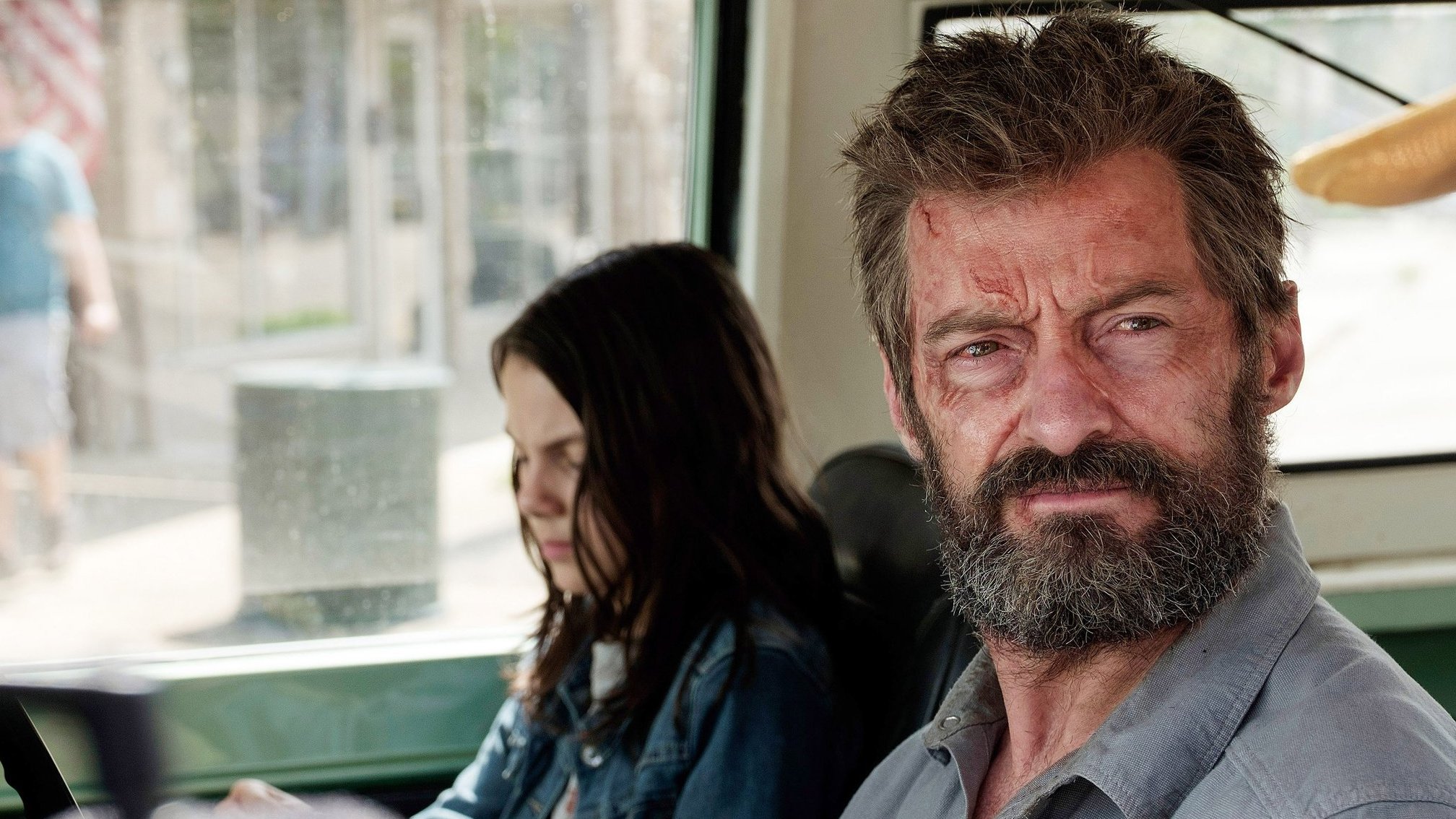 I did not see Deadpool, therefore this was my first go at this new run of Marvel R-rated comic book movies, and I’ll admit I had a lot of hope riding on this movie to redefine the general conventions of the comic book movie. While it wasn’t the searing drama that I had hoped it would be, it did feel a lot more like Nolan’s original two Batman movies where the script was focused on telling a character story while those characters just so happened to be able to extend metal claws from their hands. It also felt like a righteous and appropriate end for Hugh Jackman and Patrick Stewart portraying the characters that have inhabited for over 15 years. I’m really glad that they pranced gleefully into their R-rating, with a plethora of blood and cursing from all characters. It didn’t reinvent the superhero genre like I’d hoped but it was still one of the best superhero action movies I’ve seen in a long time. 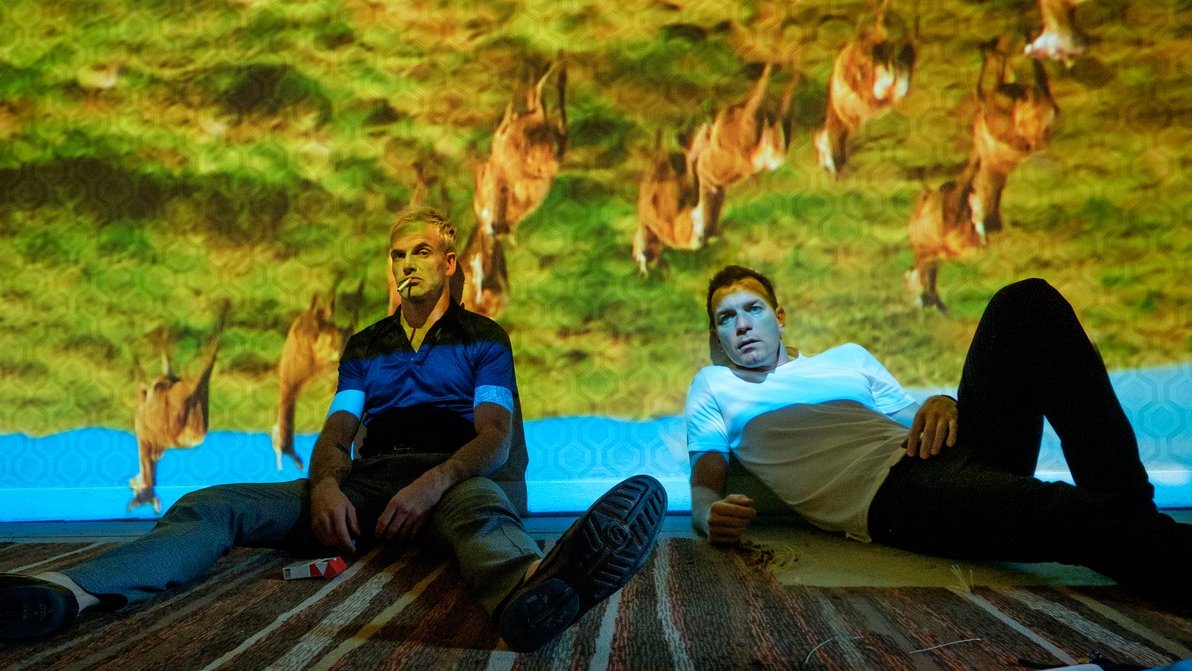 Along the same lines as Blade Runner 2049, when I heard that Trainspotting was going to be getting a sequel I was apprehensive, more so than with Blade Runner because the story of Renton and his crew had a definitive end. The characters and story were so firmly rooted in their time period that it felt almost unnecessary to look in on them, then Danny Boyle took that real-world time gap to tell a story about aging while never really growing up, about childhood friendships, and overcoming personal demons. While not as funny as the original due to the fact that some of the humor abides in that weird area inhabited by callbacks and references, the story of the characters 20 years later is worthy of a sequel and I sincerely hope that this is the way sequels are handled more in the future. 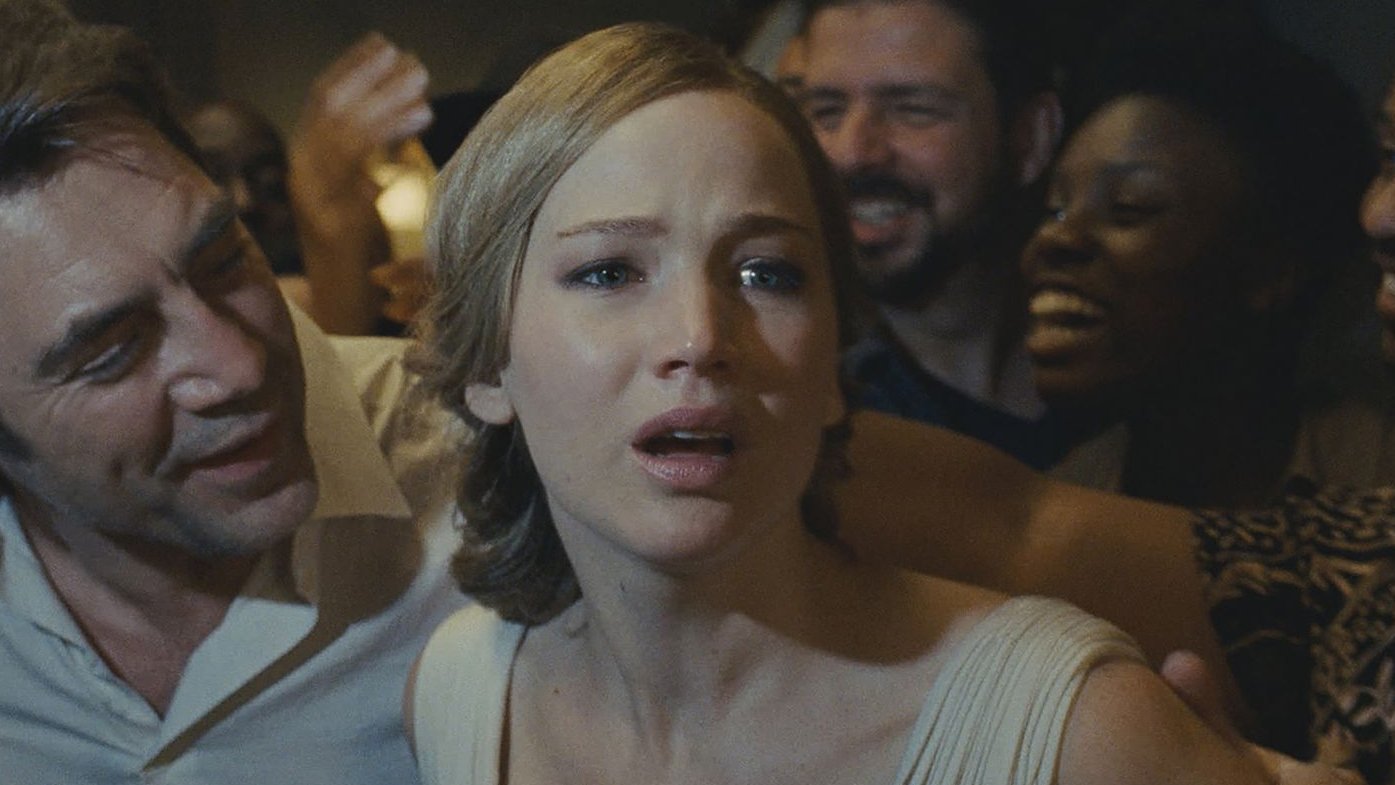 This one is a bit of a cheat, is mother! one of the best movies of the past year? No, not really. It was one of the most predictable movies I’ve ever seen because it borrows so heavily from its source material that the movie felt like it was going through the motions to get to its inevitable end. The reason it is on the list is that this movie has done something that many have failed to do in recent years, spark conversation. I miss talking about how movies made you feel or discussing what you thought the director was trying to say with a certain scene. The entire discussion around what movies mean has disappeared in recent years and I don’t know how to get it back, but I do think more esoteric movies like mother! getting wide releases will help. That being said mother! was a box office flop because it was put into a market that it wasn’t meant for, but I think years down the line we are going to be thankful that so many people saw it because it was so radically different than most of what we see in wide releases that something good is bound to come from it, right?