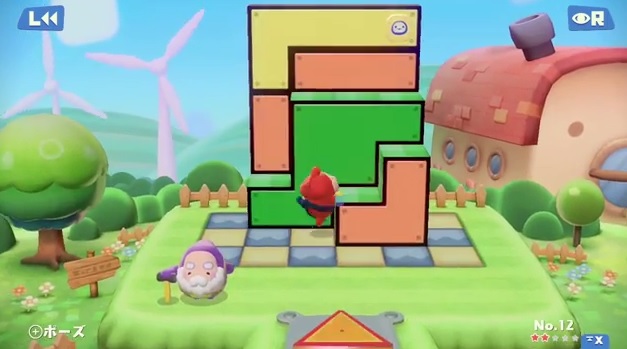 250 puzzles are confirmed, as are bigger puzzles in comparison to the two previous games in the series, as well as the clear visual upgrade. QR code and level sharing is back, including some ability to share with the 3DS games! Although I really did enjoy the 3D element on the 3DS, this trailer clearly shows that the game can still work without it.