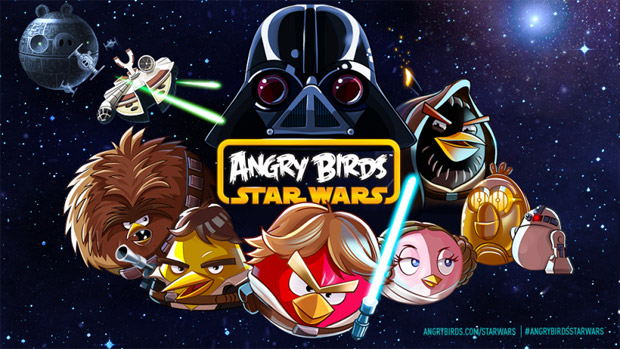 In retrospect, Rovio Entertainment collaborating with Lucasfilm seems spot on. Not so much thematically, but in terms of how both Star Wars and Angry Birds have made obscene amounts of money through merchandising. Now, the two can do it together across a few different avenues.

As you might have already seen, there’s a ton of — how can I put this politely? — stuff in the works, from costumes to figures to Hasbro games. More relevant to our interests, however, is the actual videogame planned for Angry Birds Star Wars that’s coming to iOS, Android, Kindle Fire, Mac, PC, Windows Phone, and Windows 8. Clearly, there will be no escape.

Confirmed locations include Tatooine and the Death Star. I think you get the idea by now.