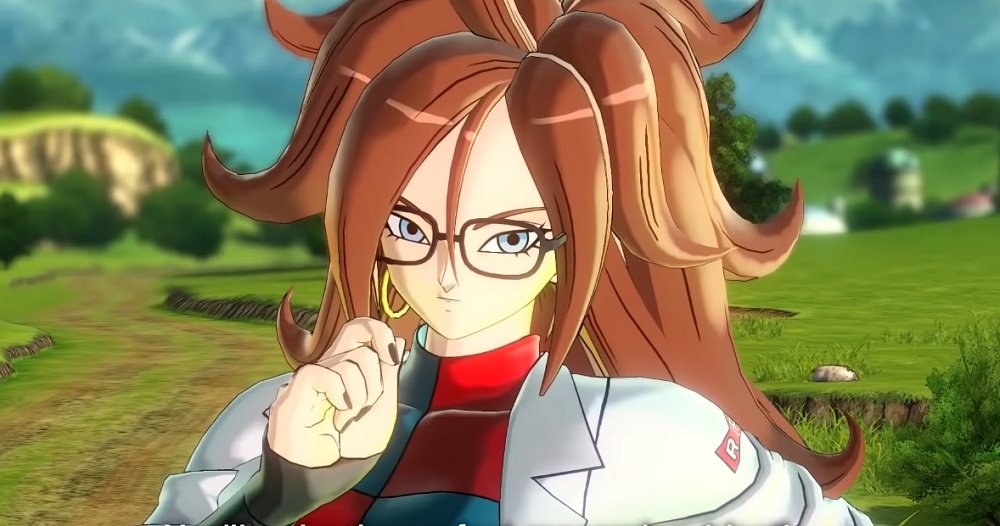 She blinded me with science

Anime RPG Dragon Ball Xenoverse 2 gets a whole lot cooler today, as the launch of its “Ultra Pack 2” DLC brings two more characters into the fold – Maajub and Android 21 – the latter of whom won hearts with her debut performance in last year’s Dragon Ball FighterZ.

A nefarious scientist for the Red Ribbon Army, Android 21 is a force to be reckoned with both behind a computer screen and on the battlefield. She is capable of devastating attacks and even turning her opposition into tasty treats. Yikes. You can see her in action in the trailer below, rocking her studious lab coat look.

Majuub is the fusion of Majin Buu and Uub, a young fighter rocking both a mohawk and some devastating kicking techniques. Once a timid child, he Uub was taken under the wing of series protagonist Goku, transforming into a fearless warrior for good. Fusing with Majin Buu only adds to his capabilities in battle. Like Android 21, Majuub has the ability to turn his opponents into candy.

Alongside the two new characters, Ultra Pack 2 includes five new Parallel Quests, eight Super Souls, new skills, and a selection of outfits and customisation accessories. It is available to purchase today on all formats.