For this month’s musing I chose to digest the sub-culture of ‘Girl Gamers’ that has managed to quickly surface alongside the increased popularity of gaming in the mass media.

So to avoid any confusion, the term ‘Girl Gamers’ is intended to define the populace of female gamers who identify with said terminology and who particularly rely on the alienation of their gender as a means of gaining attention from the larger gamer demographic.

Pics or it didn’t happen? Hit the jump to hear more of my take on what being a ‘Girl Gamer’ is all about.

If one attempts to dig deep within the reserves of videogame history, it’s unlikely that they’ll uncover the instance of the very first woman who graced her femininity upon a console (well, aside from the Computer Space ad, that is). There are several reasons why this moment was never documented — mostly because videogame history is predominantly about videogames (imagine that!), but partly because members of the opposite sex playing games isn’t very noteworthy in the most fundamental scope of things. I play. You play. We all play, with or without va-jay-jays.

Facts are facts, however, and despite the occasional news announcement reminding the public that female gamers actually exist (apparently at 38% of gamers strong), we all know that videogames are predominantly enjoyed by a male demographic. That being said, there is also no denying the slender aura of novelty that immediately adheres itself to a woman who plays games, whether she craves the inherent attention or attempts to avoid it.

This dichotomy, while not unique, is of interest to the likes of marketing gurus who determinedly pervert this gender-dissonance to their advantage. Thus, what is eventually revealed in the history of gaming media is the attractive (and often scantily clad) female gaming idol embodied by such women as Morgan Webb, Olivia Munn, and Jessica Chobot. All beautiful and consistently visual, these women and others were the few mass-displayed female figures in the gaming industry to be ravenously consumed by gaming’s very own male demographic. 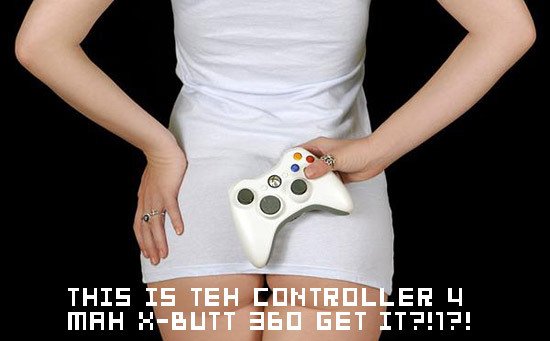 Sex sells, and while the rest of the female gamers remained ambivalent to gender differentiation amidst their game playing, the few esteemed faces of the beautiful rooted themselves as the visual representatives of the ‘Girl Gamer’. The collective reception and praise of these visual idols by a male-dominant industry garnered an image-heavy notion of the ‘Girl Gamer’, a notion which to this day has yet to be the equal case for male gamers.

Galleries of E3 booth babes, “hot…naked…and blue” Cortana cosplays, and any number of chicks with joysticks establish a visual narrative for gaming women that heightens gender alienation while simultaneously muffling the significance of the woman gamer’s voice. There is no doubt that Ubisoft took advantage of this exact instance by baiting the accomplished, intelligent, and most importantly attractive producer Jade Raymond to the gaming audience to steer public attention to their game Assassin’s Creed. In turn, the only surface-level ‘heroes’ or ‘icons’ of the female gaming community are the beautifully unattainable likes of Munn or Webb, regarded first and foremost in this industry for their looks.

And so the standard for the ‘Girl Gamer’ is set and an equation for success is discovered. Take an attractive woman and pair her alongside a gaming device of some sort. Congratulations! You’ve captured the attention of a massive chunk of the gaming demographic. What better avenue is there to market your gaming products? Hot girls are hot, gaming boys like gaming girls, and most importantly we’re all having fun with our irresponsible gender stereotypes. Nothing wrong with fun, guys!

So what, then? Structured by the mass media as a marketing device and fed by a surge of online egoism (thanks to social media sites such as MySpace and the proliferation of digital cameras), the ‘Girl Gamer’ specimen has, in turn, infected the masses with false promises of niche-specific fame and glory. In the same way people fantasize about becoming a celebrity, these ‘Girl Gamers’ seek the attention of becoming the next ‘it’ girl of their respective gaming community through the prolific distribution of sexually charged images and continuously capitalizing on their sex — both of which, consequently, have relatively little to do with gaming itself.

What’s to follow but the Chobot wannabes slathering their tongues across portable consoles for the camera, or the suspiciously excessive amount of ‘Girl Gamer’ self-portraits involving various game-related paraphernalia (or lack thereof)? Whatever neutral connotations of women gamers existed in the past are overthrown with the photographic barrage of sexually charged images brought to us by the ‘Girl Gamers’. They’re beautiful, they know which side is their good side, and they’re comfortable enough with their sexuality to let us know they’re proud of it. If you’ve got it, flaunt it. Right?

The women who choose to use their body to visually manifest their ‘gaming experience’ (by way of game-themed suggestive photographs, for example) express themselves via the avenue of the mass marketed ‘Girl Gamer’, a goal that is altogether vapid and mediocre in its pursuit. If anything, these girls successfully stick out as a glaring instance of the disappointing commercialization of gaming in popular culture, their antics for attention comparatively as bad as a common reality TV show contestant.

Furthermore, it’s one thing for females to collectively enjoy games together, but it’s another for these ‘Girl Gamers’ to assert themselves as leading figures of the female gaming community when no one has asked them to do so (unless, of course, it’s a sponsored gaming company looking for cash money). This ill-founded goal disrupts a gaming community in which gamers can agreeably interact with each other regardless of their sex by disturbing the space with sexually-oriented images that immediately derail neutrality and signify more differences than likenesses. 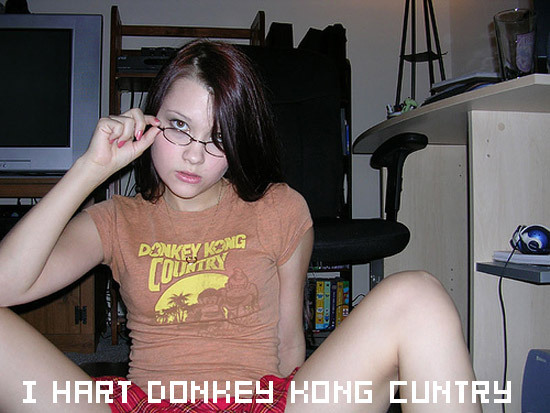 Gamers who prefer the absence of a gender-biased gaming community ultimately find these ‘Girl Gamers’ as unnecessary and obnoxious entities desperately seeking attention. For women gamers such as myself who admire the well-spoken gaming female (see Jane Pinckard, Tracey John, Leigh Alexander, and our own Colette Bennett) as opposed to the gaming beauty queens, these ‘Girl Gamers’ are downright irritating.

It’s unlikely that the trendy alliteration of ‘Girl Gamer’ will fade away anytime soon or that the equivalent ‘Guy Gamer’ (see Mega64’s Sexy64 for more information) will actually be realized. Unfortunately, a similar fate rings true with the ‘Girl Gamer’ herself as long as the industry continues to cater to its male demographic, and as long as there are women who fashion themselves alongside those same standards.

A more pressing urgency today is the shortage of intelligent women speakers and writers who strongly represent themselves with words as opposed to images. While women such as Jessica Chobot have made certain strides to leave their more exhibitionist pasts behind, as long as there is a constant appraisal of their attractive and more visually accessible adversaries, the battle between the pen and the larger picture continues to rage on.

Thus, the aspirations associated with the ‘Girl Gamer’ are damaging to both male gamers and female gamers. Gender distinguishment plays little to no part in one’s ability to play or enjoy videogames, let alone define them as a gamer to begin with. And finally, let’s all remember that “gamer” is an asexual term, a descriptor that belongs to everyone who plays games despite gender, ethnicity, or sexual orientation, and is absolutely lovely in its nascent ambiguity.