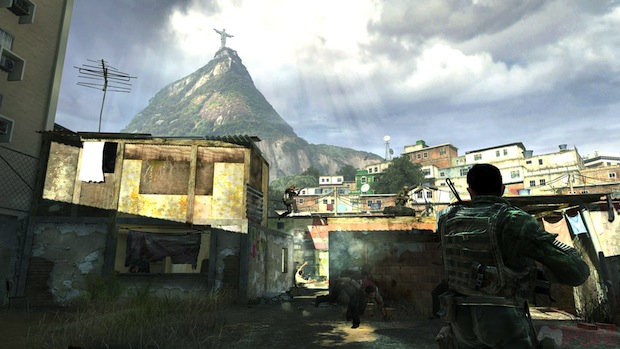 The other day a GameStop employee told me that Call of Duty: Modern Warfare 2 had the “biggest launch in the history of entertainment.” I didn’t put much stock into what the employee had to say at the time. I was trying to receive a refund on a pre-order because I think three-hour lines are dumb, while he was trying to convince me that MW2 was mad popular and people like standing in three-hour lines. But if analyst Ben Schachter has it right, then the GameStop guy isn’t too far off in regards to sales — MW2 may have sold over seven million copies worldwide its first day at retail.

Seven million, folks. That’s seven million times the amount of copies Lips sold over its lifetime and double Grand Theft Auto IV’s worldwide first-day sales. Speaking of that, MW2 has already doubled GTA IV’s sales in the UK which seemed to have an impact on Schachter’s estimate.

“While 2x the week one tally for GTA IV may seem aggressive, the bottom line is that we believe current consensus estimates of around 12mm for the December quarter may end up being conservative.”

If true, this is the accomplishment of week, to say the least. I’m trying to think about all the money that was made on MW2’s release date, but my brain broke while attempting to process the ridiculousness. I’ll have to ask GameStop-dude to break it down for me later.

Filed under... #Analysts#Call of Duty