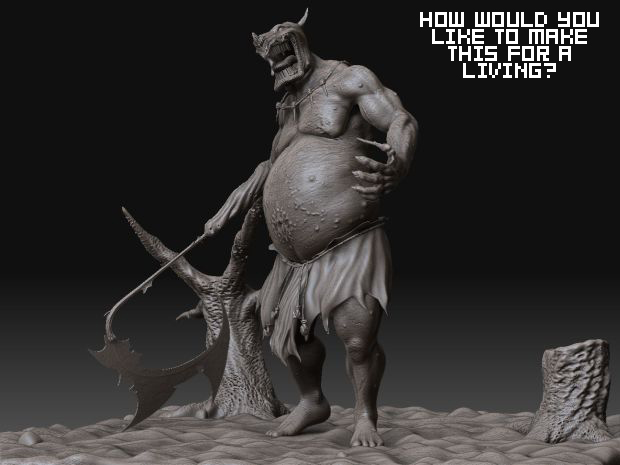 Any one of us with an artistic bone in their body has always dreamed of being somehow involved in the creation of videogames. After all, for every fantastically designed game, film or piece of work, there has to be a designer making sure that something inspires it to its full potential.

Enter the Gnomon School of Visual Effects. Founded in 1997, this school was originally designed to feed the visual needs of movie studios in the Hollywood area. Of course, the last twelve years have seen a transformation and a shift from films to videogames as the technology has become closer to indistinguishable. Add in a staff of professors who currently work in the real world, such as Kevin Griffith, alumnus and Environment Creator for Blizzard, and Rich Diamant, Lead Character Artist for Naughty Dog. To have them be your teachers, well, that’s already taking steps toward an awesome career.

It’s obvious to see that Gnomon is quite the place to be. With a 98 percent job landing rate on this campus alone, it is clear that there is something going right here. Follow the jump for a quick profile of the school, and the man in charge of making it happen.

I was lucky enough to chat with the co-founder of the Gnomon School, Alex Alvarez. A man well entrenched in artistic design for films and more, he has even been profiled on Last Call with Carson Daly. When he started the company in 1997, his vision was to create a vocational school for people who were genuinely interested in having artistic jobs in the tech side of films and games. In the twelve years since Gnomon launched, two-year programs, graduate degrees, games, and Industrial Light and Magic have all become paramount areas of study.

The school is very successful, with a 98 percent hire rate upon graduation. Part of that success is the employees. Says Alvarez: “Gnomon is a place where we have 25 people, and each person is a specialist in that area,” where he goes on to cite alumni who worked on Avatar and Star Trek, himself included. 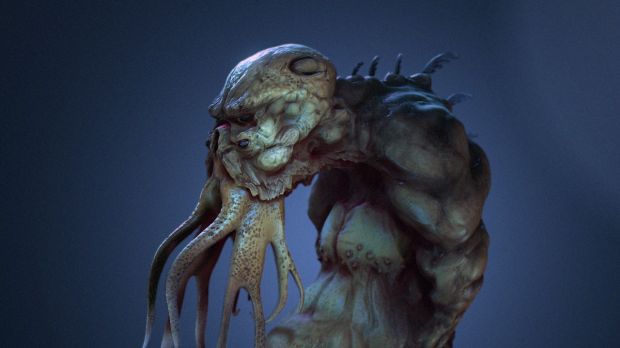 So where do burgeoning game designers fit ins? First, there is the staff who currently work in the industry. They themselves act as networking opportunities for fresh-faced students. Since the school is so career-oriented, having the ability to know people who are on the cutting edge of design, and proving through classes that you have those skills, means students can learn the very specific abilities they need for a job. With 30-50 instructors, there are plenty of opportunities to network in nearly any field of study the concerning technological arts. “Our teachers have hired a huge number of our students,” he says.

Even better, the games industry has become even more important to the school. Alvarez says “The games industry has evolved to match the film industry in visuals…or at least close to it.” With plenty of game studios in the Los Angeles area, there are many opportunities to network and connect with future job prospects.

However, those looking for a degree in computer science need not apply. Gnomon is an art school, with some very interesting approaches to game and film design. At Gnomon, art skills are considered paramount to study. Basic artistic skills are taught before later computer tech is introduced. Many students come in with practice in ceramics or photography, and they continue in those fields as they earn their degree. These design skills lay the foundation for later work that can be applied to a career. Even this artistic vision applies to how the school itself functions, for Alvarez treats Gnomon like a creatively driven place. “Some schools,” he says, “have become large corporations.”

It’s interesting to see how one can go from not knowing a thing to being a designer for a brand-new videogame. Gnomon seems to offer a great opportunity for people thinking about entering the next phase of their life, and making games an element of that. While schools like DigiPen and Full Sail have established themselves as places to be if you want to be a game designer, it is awesome to find a new resource for those who want to create their own masterpiece visions.