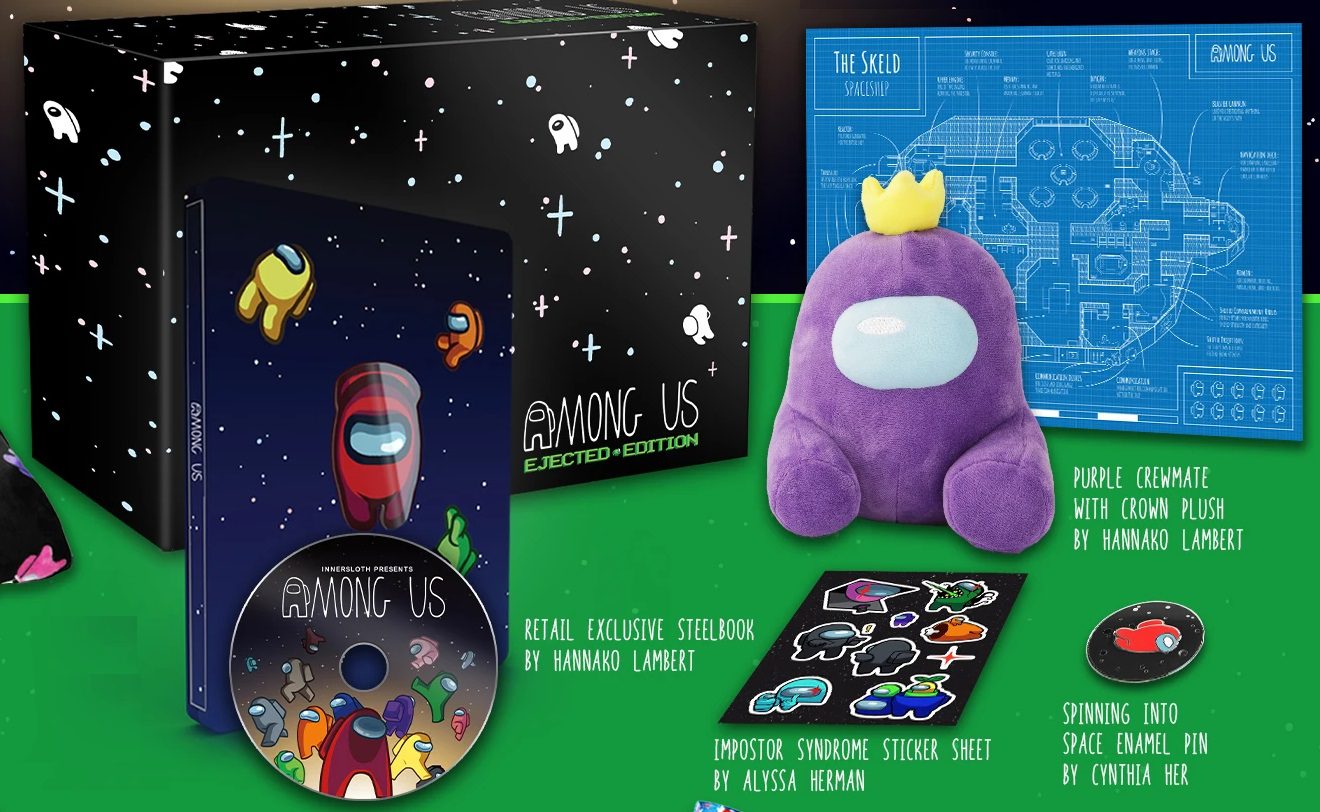 Nothing ‘sus about these box sets

I’m calling an emergency meeting to let y’all know that InnerSloth’s viral hit Among Us is getting set to receive a selection of lavish collector’s editions, which will launch alongside the multiplayer mystery title’s PlayStation, Xbox, and Switch ports later in 2021.

A collaboration between Maximum Studios, InnerSloth, Dual Wield Studios, and Robot Teddy, the three exclusive physical editions will each include a copy of Among Us along with various themed gubbins. Perfect for surprising the most ‘sus person in your life. 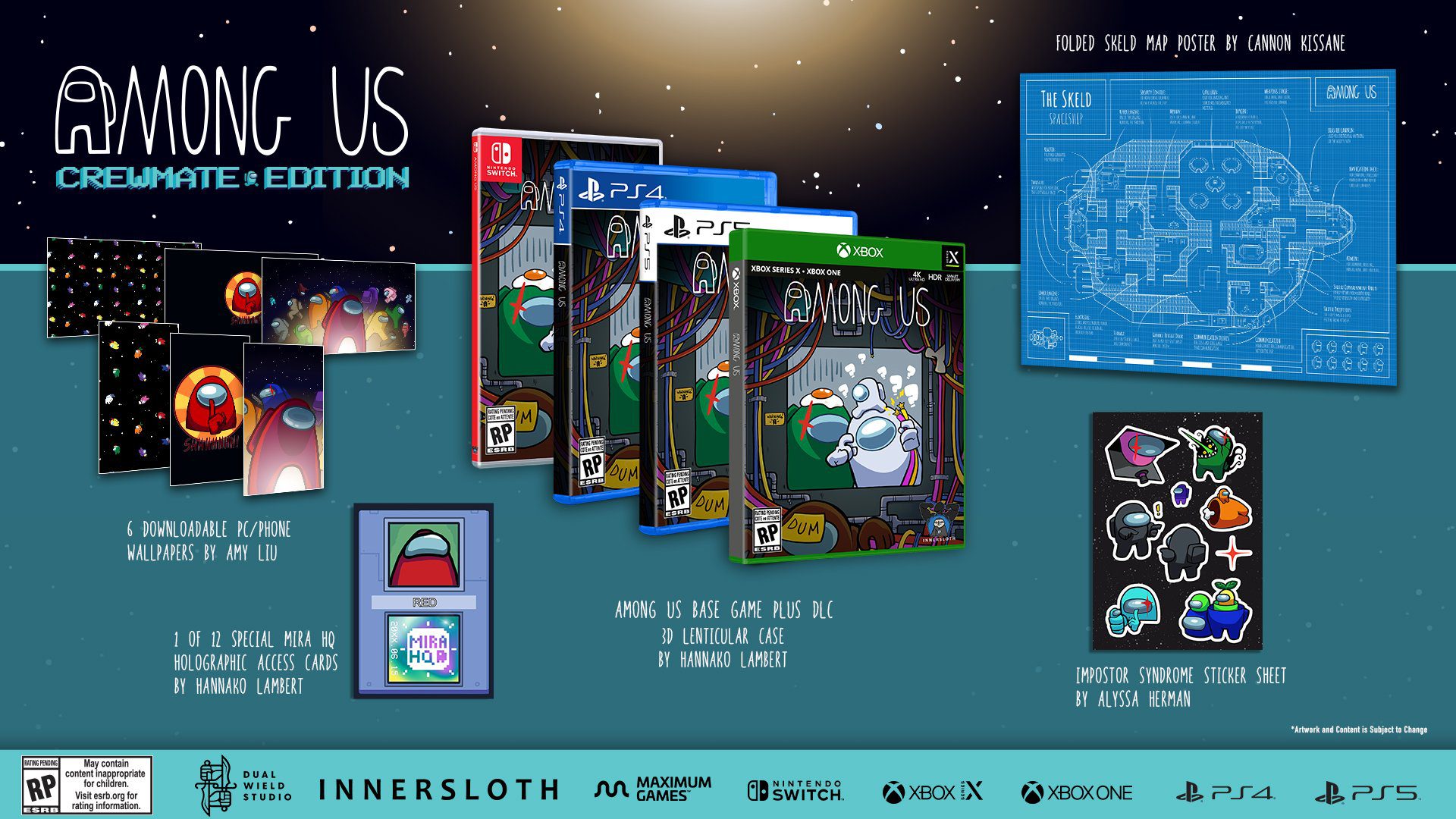 The Crewmate Edition includes a copy of Among Us along with previously released DLC Airship, Polus, and MIRA HQ Skins, as well as the Hamster Pet, Bedcrab Pet, Brainslug Pet, Stickmin Pet, and Mini Crewmate bundles. This edition also includes a special limited edition collector’s card, a sticker sheet, a map of The Skeld, retail-exclusive DLC, and six phone wallpapers, designed by artist Amy Liu — all packaged in a 3D lenticular case. 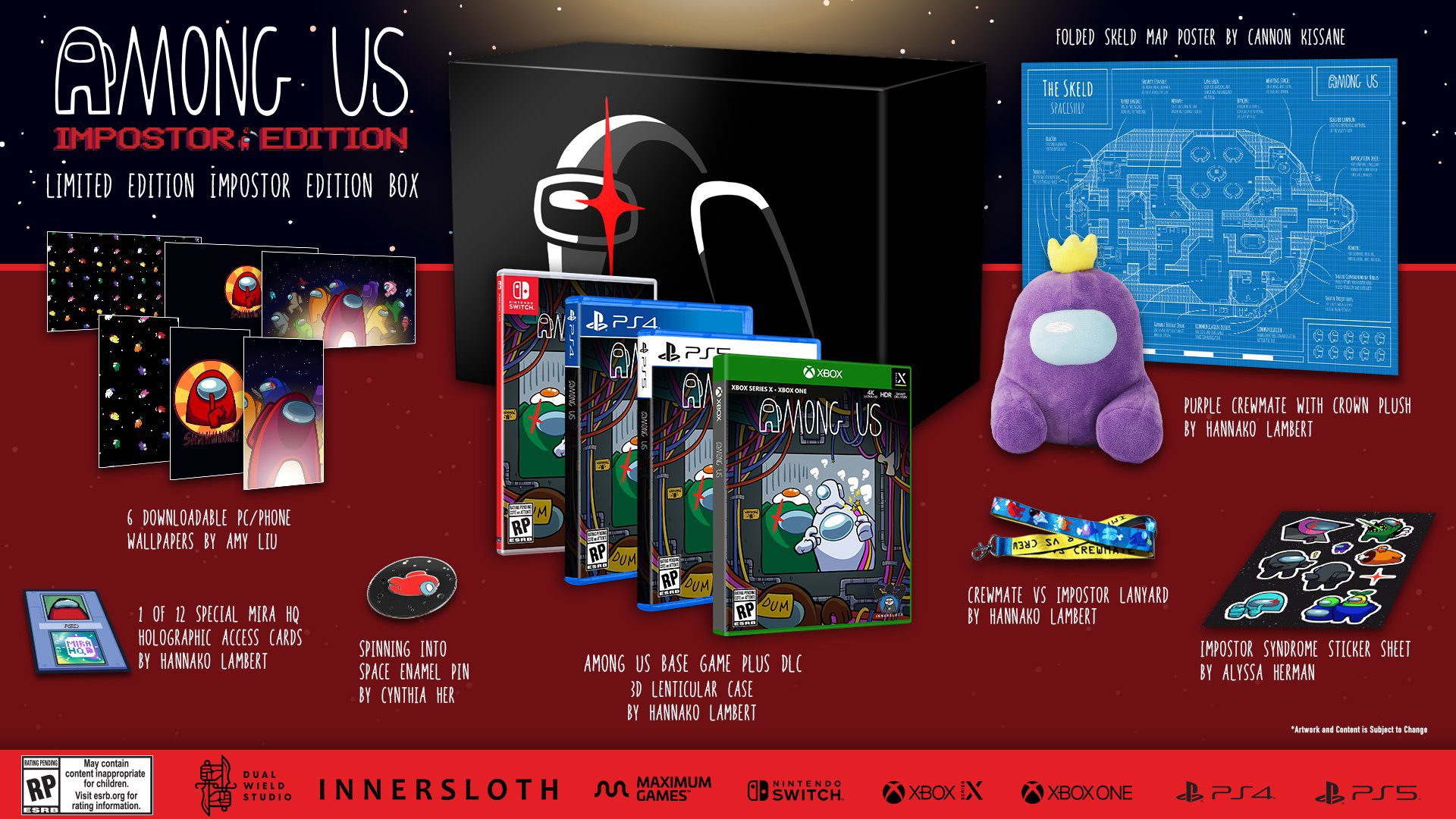 The Imposter Edition will include all of the above items from the Crewmate Edition, but also adds a cute Purple Crewmate plush toy, a “Crewmate vs. Imposter” lanyard, an enamel spinner pin, and exclusive packaging. 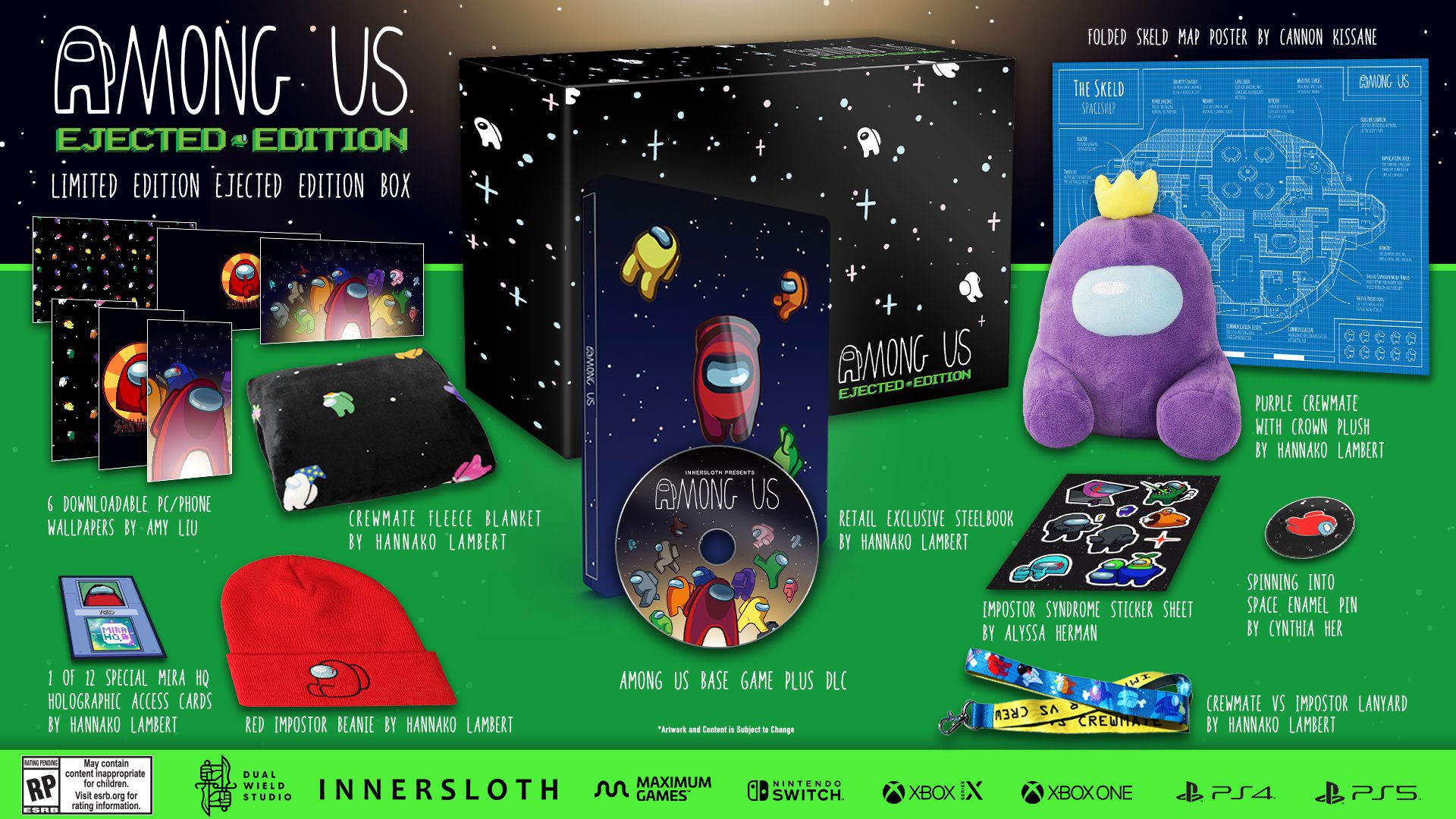 If you want to go all-out, then the Ejected Edition might be right up your galaxy. This premium set includes all of the items from the Crewmate and Imposter editions, but also adds a Red Imposter beanie hat and a Crewmate fleece blanket — perfect for keeping you warm as you float aimlessly among the stars, wondering where you went wrong.

All three Among Us Collector’s Editions are now available to pre-order from the Maximum Games store on PS4, PS5, Xbox One, and Nintendo Switch. An official release window will be announced at a later date. Available now on PC, Switch, and mobile platforms, Among Us will launch on PlayStation and Xbox platforms later in 2021.

Filed under... #Among Us#Indie#Innersloth#multiplayer#Mystery#Ports#pre-orders#PS4#PS5#Switch#Xbox One