The Enhanced Edition is free until Oct. 28

I can’t keep up with tried-and-true old horror games, much less newer ones that look intriguing, but that’s not a complaint, and I’ll pad my backlog as much as possible. Today on the Epic Games Store, we’ve got another ideal-for-October giveaway with Among the Sleep: Enhanced Edition — it’s free from October 21–28, so claim it if you’re in the mood.

Among the Sleep is a first-person horror adventure game about a “child trapped in a weird nightmare.” It doesn’t have combat, which could go either way depending on what you want out of smaller-scale horror games, and it’s on the short side, with the How Long to Beat consensus being two hours or so. For a freebie, I think that actually works in its favor.

This is one of those games that I distinctly remember missing — we don’t often play as two-year-olds — and the “enhanced edition” moniker speaks to me. According to developer Krillbite Studio, the new features are: “improved visuals, digital artbook and soundtrack integrated in the game, selectable pajamas, enhanced puzzles and gameplay, new dialogue, and a brand new museum level where you get to explore behind the scenes and experience never before seen footage and concepts cut from the released game.”

What about jump-scares? As our reviewer Caitlin Cooke summed it up, Among the Sleep “builds upon slow tension and mystery rather than the thrill of a quick scare, which leaves a sense of dread — especially considering the fact that you play a defenseless toddler.” Steam user review johnhdz1023 calls it a “PG horror game that doesn’t always feel PG.”

Here’s an amusing and sad tidbit: the store page for Among the Sleep includes a positive quote from the defunct game blog Joystiq. Rest in peace, Joystiq. You are missed.

Like I said, another one for the nebulous backlog. Next week, from October 28 to November 4, the Epic Games Store will give out DARQ: Complete Edition. It’s a sneaky horror-puzzle game set in a nightmare. You hear that, dream warriors? 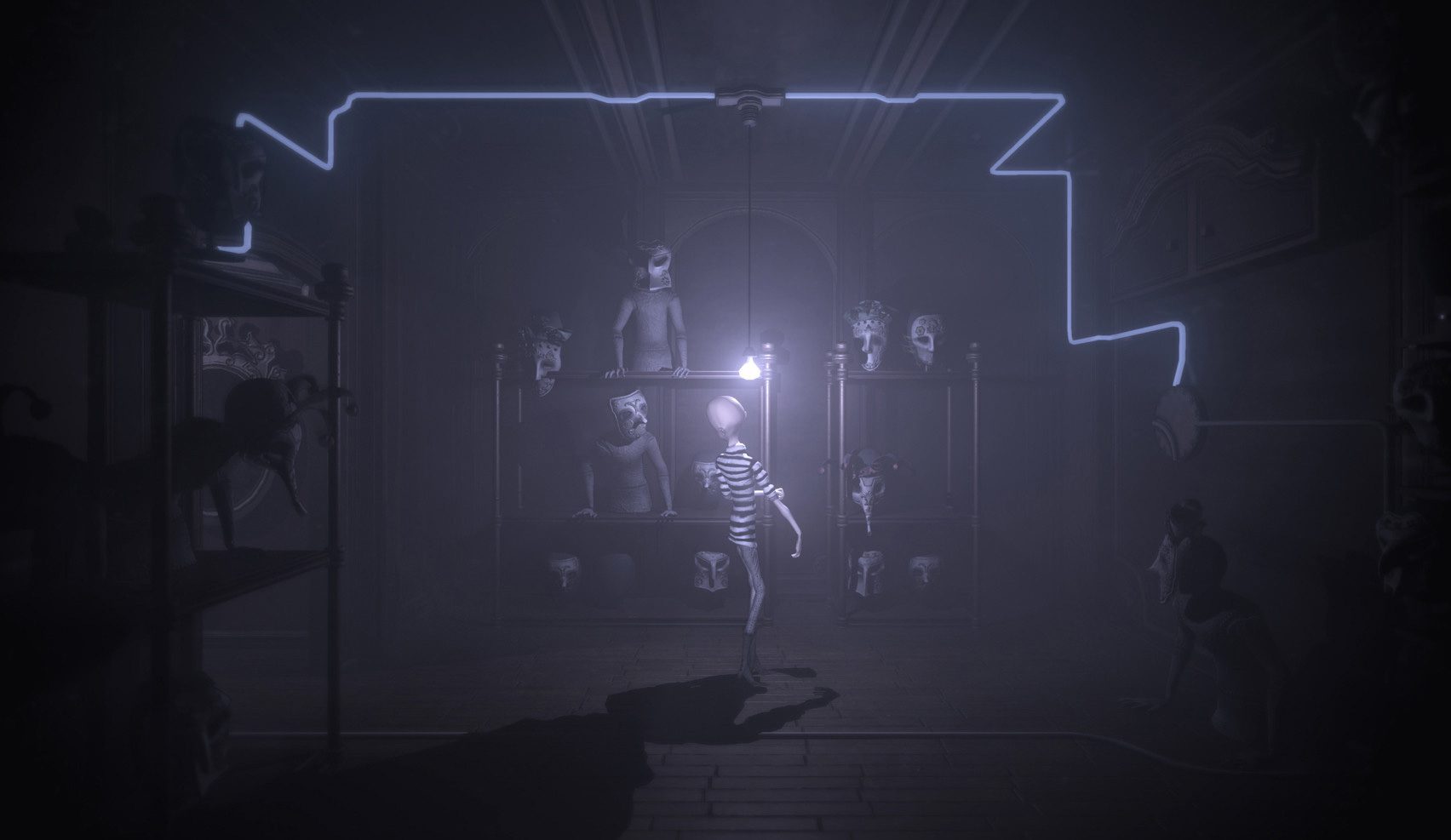