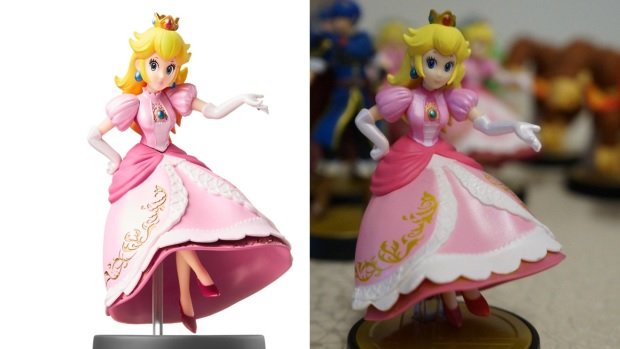 A little word of warning

When Nintendo debuted amiibo at E3 this year, the company noted the figures shown during its initial presentation weren’t final. They looked amazing, a little too good to be true.

Well, Joystiq recently got a look at the finished products, and, sure enough, there’s a disparity between the initial prototypes (which retailers continue to advertise) and what will actually be hitting shelves next month alongside Super Smash Bros. for Wii U.

The designs appear very similar at a glance, but the final versions seem a bit catchpenny upon closer inspection. Tiny, elegant details were lost in translation. They look a bit less ornate and less impressive. It’s just what happens with mass production. Things just aren’t as great rolling off an industrial conveyor belt as they are when hand-crafted in an artisan shop.