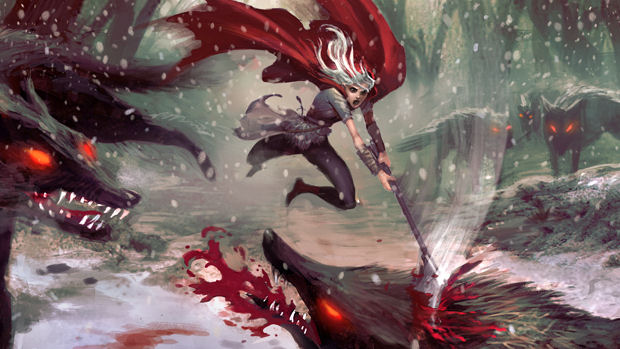 American McGee will be at GDC in order to pimp his new concept, Little Red Riding Hood. The famous game developer has released some artwork to give a flavor of his new project, and it’s looking pretty damn tasty.

“[The artwork] depicts a scene from a game concept I’ll be pitching at this year’s GDC,” explains American, whose name sounds ludicrous without the McGee part. “If we’re lucky, an interested publisher will help us move it into production. It’s an idea that [Spicy Horse art director] Ken Wong and I have been toying with for years.”

Not enough games feature girls chopping the crap out of wolves, so I hope somebody bits at GDC and makes this a real thing. What about you? Is Little Red Riding Hood looking hot, or have you had enough ironic fairy tale gaming for now? All I know is that she’s cutting a wolf’s head off and that is OMG.