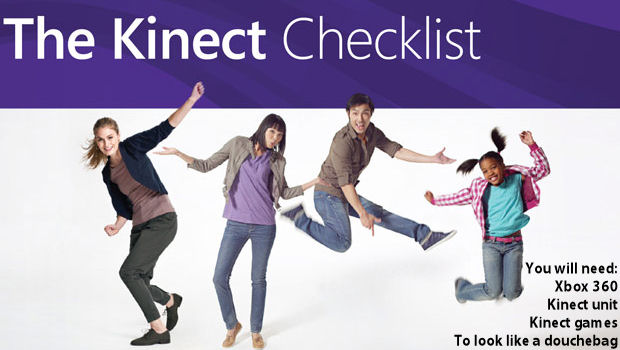 According to online retail behemoth Amazon, Microsoft’s Kinect contraption will require six feet of space between the player and the TV in order to be enjoyed. The amount of space needed for Kinect has been at the center of some hot debate, and as far as we can tell, this is the closest we’ve come to confirmation on the issue.

“You’ll need any Xbox 360 console, a Kinect sensor, Kinect games and 6 feet between you and your television for play space,” warns the retailer.

The space issue is not mentioned on the official Kinect checklist provided by Amazon, but is listed on the system’s pre-order page. If you’ve got a tiny apartment or you keep your gaming consoles in a poky little bedroom, then you might want to skip Kinect. Mind you, I’m still thinking people with taste might want to skip Kinect, so it the space issue might not even matter.