With all of the great games out there right now, for instance Gears of War, Twilight Princess, FFXII and the like, you might not be playing your PS3 that much during this holiday season (that is, unless you actually like that Resistance game). After all the money you spent on the PS3, you might as well get use out of it, right? There’s not much that can be done with the PS3, itself — it’s bulky, it gets fingerprinted and scratched easily, and IS NOT good to use as a makeshift football. But there is a world of opportunities for the Sixaxis controller, or, I should say, SixSUXas controller. Here are some of the best alternate uses for the Sixaxis: 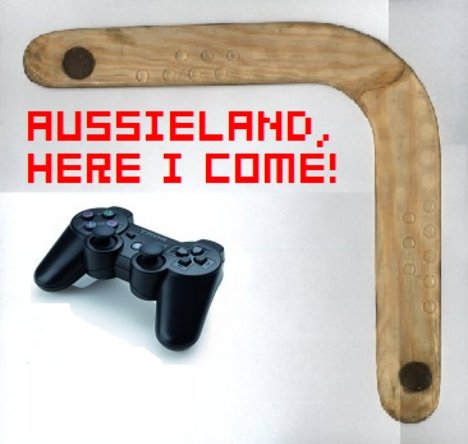 The Sixaxis’ ultra-sleek design would make it a ripper boomerang. I’m sure that you could toss this puppy a few hundred feet. If it doesn’t come back, no big deal; you just had more fun in those three seconds than you would with  Mobile Suit Gundam. Just yarn to Crocodile Dundee, mate, I’m sure he knows all about it.

Hit the jump for more!

(Edit: The pictures went down a couple of days ago, so I had to take the post down until they were fixed. Now they’re back up and ready for action!) 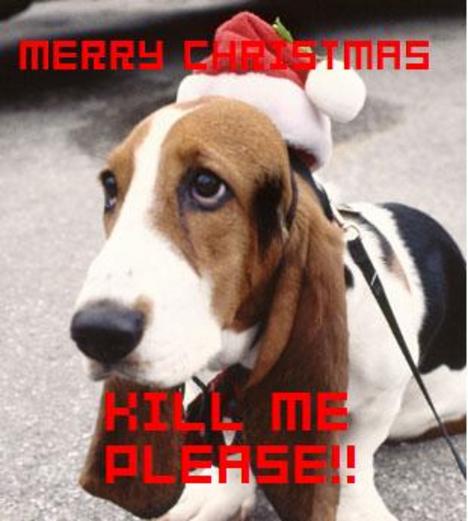 Do you dress your dog up like this for the holidays? If you are one of these people that commit such a crime against humanity, give the poor dog a break and get him a Sixaxis for Christmas.  Watching him eat your $50 would probably be more fun than playing Genji, anyways. 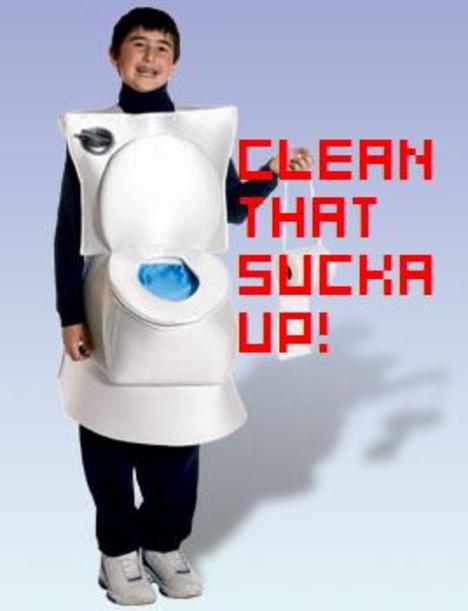 Got that icky feeling after eating the Christmas ham or turkey? Did all of that Grandma’s home cooking back up in your system? No reason to fear, Sixaxis is here! The Sixaxis’ ergonomic design would easily allow it to clean whatever is blocking the pipes with a quick swish of the hand.  I just wouldn’t recommend using it afterwards. 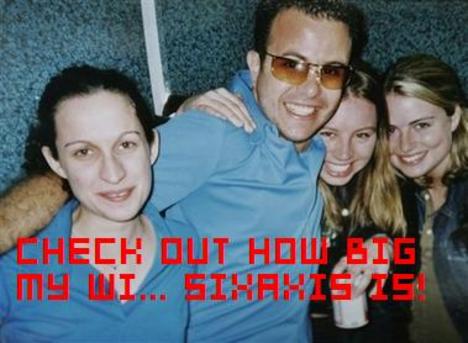 Ugliness aside, this Christmas, you could definitely use the Sixaxis to pick up mad hot chicks. When you’re at the club, dancing all alone, whip out that Sixaxis and let the party start! Show them the newly shaped L2 and R2 buttons in the back and you’ll be able to take them home to the sack. Show her the new motion control and she’ll show you her foxhole. Just make sure you don’t mention the lack of rumble capability…

Do our readers have any suggestions as to what you should with your Sixaxis controllers this holiday season?

backflip10019
Well, let's see. I've been here since the first day (found it the day it launched via Gmask) and fell in love. I've been an editor for a few months now and I couldn't be happier with the site (that is, unless they sent me a free Wii to review games on *hint hint*).