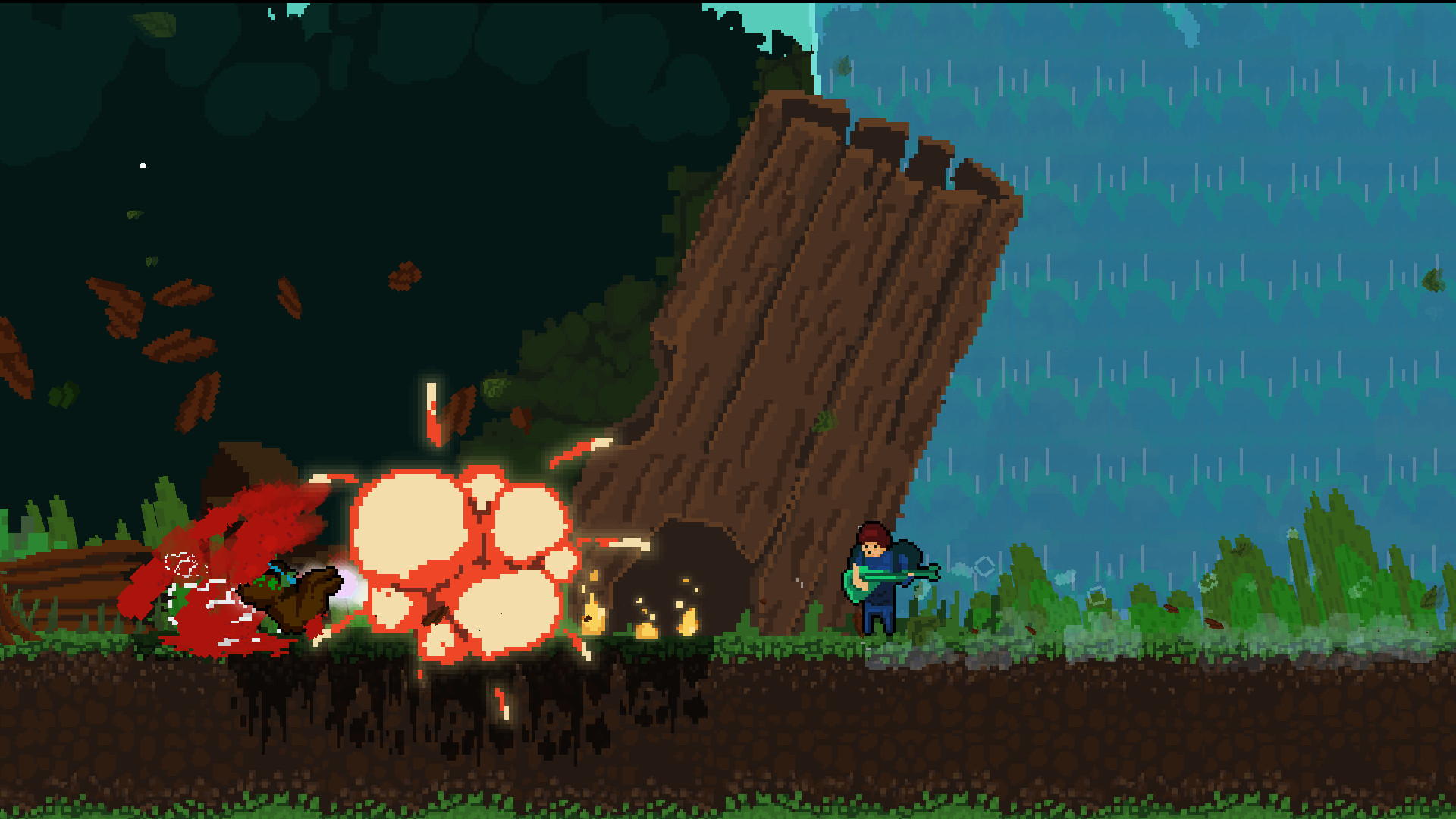 Smack monsters with a guitar in a beautifully strange world

I sometimes wonder where I’d be if I had channeled my passions and energy into something more productive as a teenager. Maybe I could have written a book by now. Development duo Mridul Pancholi and Mridul Bansal don’t have to wonder. They’re doing what I didn’t, and what many of us look back on our wasted youth and wish we had done. At 15 years old, they’re making a video game.

Their studio is called Vague Pixels and their game is Alter Army, a 2D beat-’em-up platformer that sends you through a ruthless gauntlet of monsters as you set out to find the last remaining resources in a dying universe.

Alter Army began as a small project to practice game design, but positive feedback on social media prompted Vague Pixels to try to get it greenlit on Steam. After a sleepless night waiting to see if it would be approved, Mridul Pancholi finally got the call he was hoping for — Alter Army had been greenlit at the last moment. The devs went on to participate in a game jam, where they found funding. They attended NGDC, India’s largest game development conference, where they found their sound designer. Now everything is coming together, and they’re hoping to release the full game in the first quarter of 2018.

Meanwhile, they have a free demo up on GameJolt, and I sat down with it after a particularly taxing day, which turned out to be serendipitous because it’s great for letting off some steam. You’ll get four characters with distinct moves to choose from in the full game, but the demo only let me play as a guitar-wielding dude who whacks monsters with a satisfying electric twang. I was given a quick overview of the controls and then beamed onto a lush green world that quickly turned hostile.

The demo mainly serves to showcase the combat and varied monsters. I spent most of it getting used to the controls and gaining an understanding of the mechanics. I died often and horribly, until I paid closer attention to this bit on the Steam page: “Alter Army rewards you for being more aggressive, the more your combo is, the faster you heal, the harder you attack and swiftly you move.” With that in mind, I started spamming my main attack more and trying to get the first hit off on every monster, resulting in much higher combos and feeling a whole lot better about myself.

You start out with a couple of bearlike guys who try to cleave you with scythes but open themselves up for easy disposal. Then giant versions of those bears appear and it’s all gritted teeth from that point forward as you try to pummel through waves of enemies while taking minimal hits. More enemy varieties are thrown into the mix as you progress, each one as unique and charming as the last. I enjoyed seeing a new enemy pop up and adapting to its moves in the heat of battle, figuring out the quickest way to dispatch it.

The goal is to balance aggression with avoidance, which can be tough when you’re dealing with multiple monsters in an enclosed area. If you get overwhelmed, you can try to separate them and take them out one by one. You get a ranged attack that can buy you some time, and explosive barrels are scattered around to help you take out multiple enemies at once, but they can be tricky to trigger and you’ll end up ‘sploding yourself if you’re not careful.

Maxing out your charge meter, which looks like a battery filled with bright green juice, nets you a few seconds of extra oomph during which you gain health and hit harder. Heavy hits from enemies will still kill you, though, so don’t get too cocky while you’re looking all flashy with your cool guitar, Cool Guitar Guy. It’s a balanced combat system with hits that feel nice and solid. Vague Pixels really nailed that “game feel” I’m so obsessed with.

If you give the demo a go, bear in mind that Alter Army is still in development and a few core elements are noticeably missing. There’s no music yet, which felt jarring to me at first. There is, however, a persistent background noise that I’m pretty sure is supposed to be wind but sounds like a low whistling and becomes tedious after a while. The areas with rain, on the other hand, are a welcome calm contrast to the frantic pace of the combat. I also noticed the ambient soundtrack doesn’t loop smoothly, as I could clearly hear a pause whenever the track restarted.

Although it still needs some polish, Alter Army is one to keep an eye on. It’s reminiscent of Risk of Rain and Dead Cells, so if you enjoy those it’s safe to say you’ll want to watch out for this. It promises more characters, bosses, and biomes in the finished game along with a grading system that will judge you on things like creativity, level destruction, and how well you avoid being hit. Good grades will unlock secrets, adding to the elements of risk-versus-reward already inherent in its combat.

I can see myself easily becoming addicted to beating my high score and opening up as much of the game as I can, enjoying each endearing monster design along the way. Alter Army‘s biggest strength is the fluidity of its combat, but it has a lot going for it. Vague Pixels is a studio worth keeping an eye on as well. At the combined age of 30, they’ve achieved a solid headstart in the industry and are showing plenty of promise.