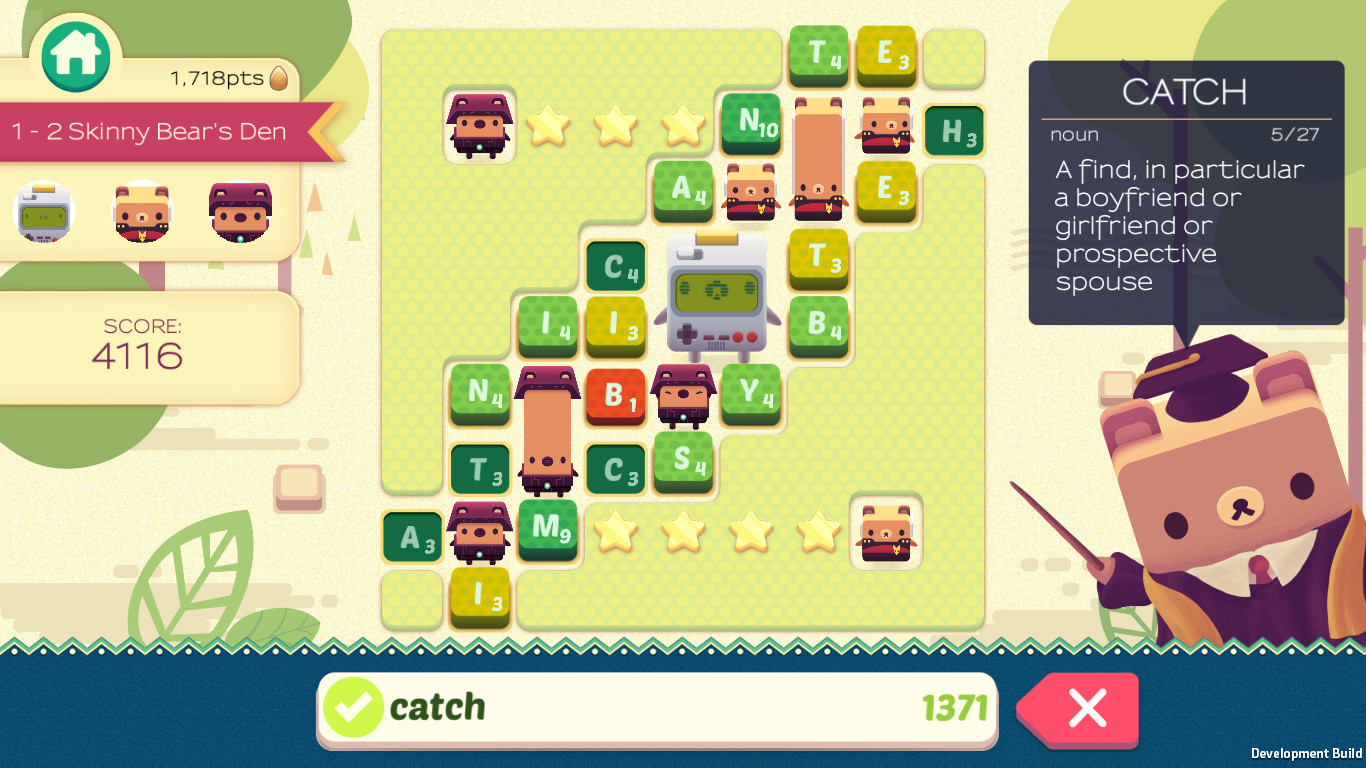 The wonderful word puzzle game Alphabear has come to Steam as a premium title, shedding “all free-to-play elements” found in its mobile versions. If you liked the look of this back in 2015 but didn’t want to fuss with waiting for energy to regenerate over time or by watching ads, here ya go!

For the PC and Mac ports, Spry Fox has also added a real-time companion dictionary, a prestige system for replaying the campaign on a harder difficulty, and random daily boards.

“If you had told me three months ago there was still untapped potential in the genre of using letter tiles to form words, I probably wouldn’t have believed you,” Darren wrote in his original review. “If you would have told me a word puzzle game would end up being one of my favorite games of the summer, I would have thought you were crazy. And yet, that’s where we are with Alphabear. Its smart design breathes new life into the classic idea of word construction.” Also, you get to collect bears. Hell yes.

This is one of those games I’d probably rather have available to play when I’m out and about rather than at home, on my PC, but being able to pay once and be done with it is super appealing.