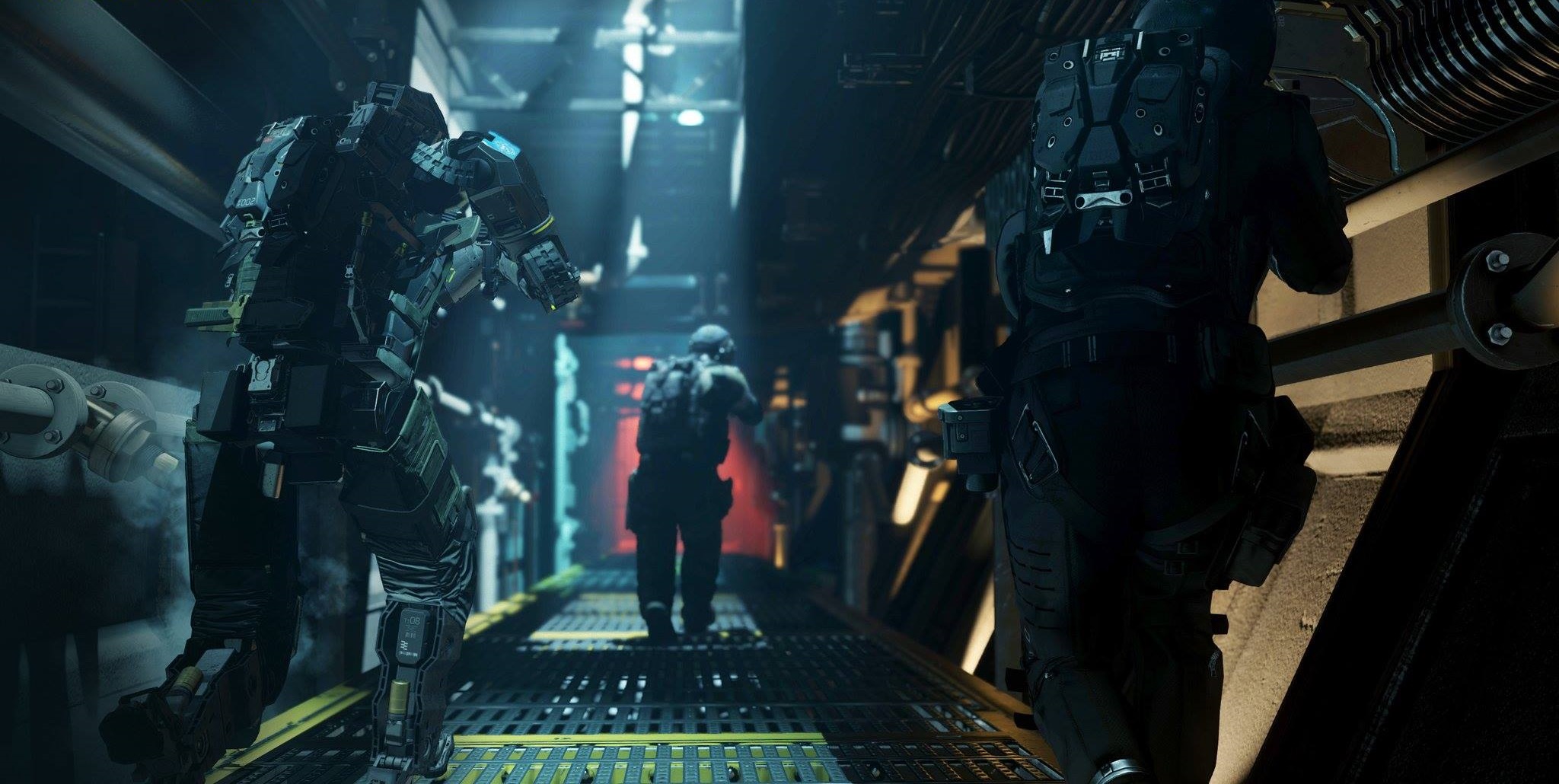 The newest Call of Duty: Infinite Warfare will take a giant leap — into space. Sure the trailer kinda got overshadowed by Battlefield 1‘s successive announcement, but that game has now been released and it’s so yesterday.

So back to the latest and greatest (or at least what Activision is hoping for). For the CoD fans (and there are millions of you), if you do decide to part with some pre-purchase dollars there are decent deals to be had on Call of Duty: Infinite Warfare from gift card bonuses to straight up discount on Friday’s release.

For those unaware, there’s a twist with Infinite Warfare “Legacy Edition” which includes a copy of Call of Duty: Modern Warfare Remastered. Priced $20 more, you’ll receive both Infinite Warfare and a remastered copy of one of the most popular titles in the franchise. The bad news is you can’t buy Modern Warfare Remastered individually, and because of this the Legacy Edition will draw some eyeballs no matter what.

Which edition you buy will be how much you’re willing to spend. Below you’ll find all the decent and current Call of Duty: Infinite Warfare deals.

Note: Release day delivery deal from Microsoft ends on 11/1 at 10 AM Pacific.

Here’s a quick low-down. PC Gamers can head over to GMG to catch a 15% discount on any edition of the game (all Steam keys). Conversely console gamers have more choices from the Microsoft Store to Best Buy as options to get a $10 gift card for pre-ordering — or in the case of Best Buy, $10 worth of My Best Buy Rewards points.

For console gamers opting to go with Best Buy, you’ll be asked at checkout to join its Gamers Club Unlocked program ($30 for two years). If you sign-up you get 20% off immediately on Infinite Warfare and 20% off future pre-orders and new releases.

One thing we should note is that Gamers Club Unlocked only works for physical versions of games, so you will not get a discount on the PS4 download code for the Infinite Warfare Digital Deluxe at Best Buy, though they will still tack on $10 pre-purchase reward.

Which version of the game you buy should depend on how much you think you’ll end up playing the game. If you want to just give online multiplayer a whirl, go with the Standard Edition. However, if you’re a hardcore fan, there are advantages to going all the way into the $100 Deluxe territory.

Upgrading from Legacy to the even pricier Deluxe gets you the Call of Duty: Infinite Warfare Season Pass bundled in, which is a $50 purchase separately from the $60 game. Thus if you buy the Deluxe Edition at full price you are saving $10 vs. buying the Standard Edition and the Season Pass separately. PLUS you get a copy of Call of Duty: Modern Warfare Remastered.

Personally if you really want Modern Warfare Remastered, it looks like going Deluxe is the only way to go. If you’re one of those big CoD fans that will play the game to infinity and beyond, it seems the Deluxe Edition with everything will be the way to go.

For the rest of us, we’ll gauge the game on how many interesting gifs will appear on release week at various social media sites. Now there’s a safe barometer, in our humble robot mind.