The train edition should come with a real train

Anyone whose first planned foray into the Metro universe will be with next February’s Exodus has an added incentive to purchase the game on Xbox One. There’s a pre-order bonus that serves as a proper introduction to this series.

Metro developer 4A Games has detailed the various versions of Metro Exodus, and a there’s a glaring difference between the Xbox One bonus and the bonuses on other platforms. People who pre-order on Xbox One will receive a digital copy of 2014’s Metro 2033 Redux, which is a remastering of 2010’s Metro 2033. Those who pre-order on PS4 will get a dynamic PS4 theme. Pre-orders on PC come with a digital artbook and the game’s soundtrack. The free video game seems like the runaway best prize here.

There are also a few different editions of Metro Exodus. The most expensive is the Aurora Limited Edition which comes with the game, the expansion pass, a 32-page art book, and a steelbook case that features the train that takes protagonist Artyom across Russia. This isn’t available in the United States yet, but this UK pre-order page makes it seem like it’ll run $100.

There’s also a digital-only Gold Edition that has the game and the expansion pass. It sells for $85, which means that the expansion pass retails individually for $25. We don’t currently know how 4A plans to support Metro Exodus post-launch, just that there’s apparently some DLC in the works as the expansion pass makes evident. We’ll probably hear more about that closer to Metro Exodus‘ February 22, 2019 release date. 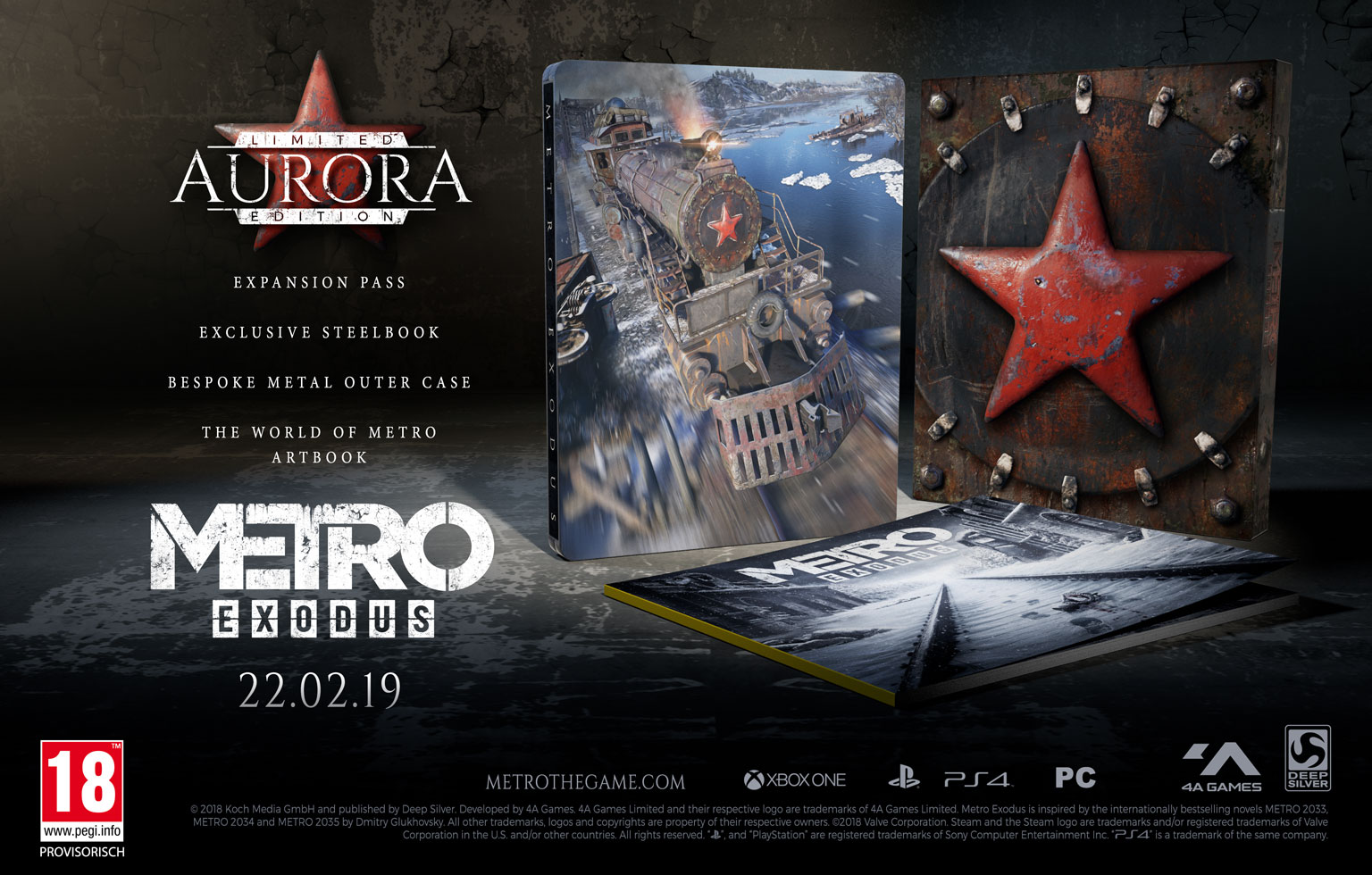