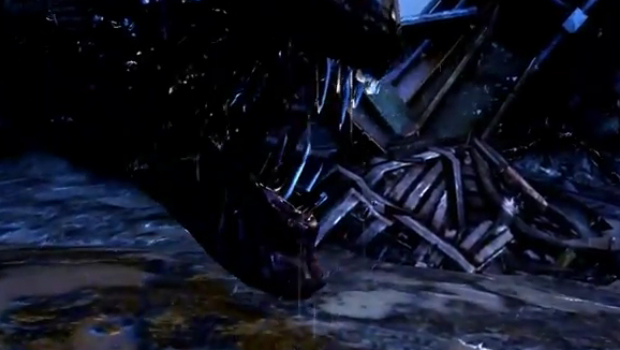 Here’s a new trailer for Aliens: Colonial Marines, this time sporting some actual gameplay footage as opposed to CGI. There are plenty of hissing xenomorphs and screaming marines, which is exactly how the universe should be balanced.

This trailer would excite me, except for one thing — none of this footage is new. Everything in this video has been taken from the demo level shown at last year’s E3 (and later shown at PAX). After such a long time, I was really hoping to see something new. The fact that a single ten minutes of polished gameplay has been revealed since the game was announced makes me nervous.

In any case, my Alien fanboyism is still keeping me super stoked, and I hope Gearbox knocks it out of the park. It’s got to be better than AvP was.