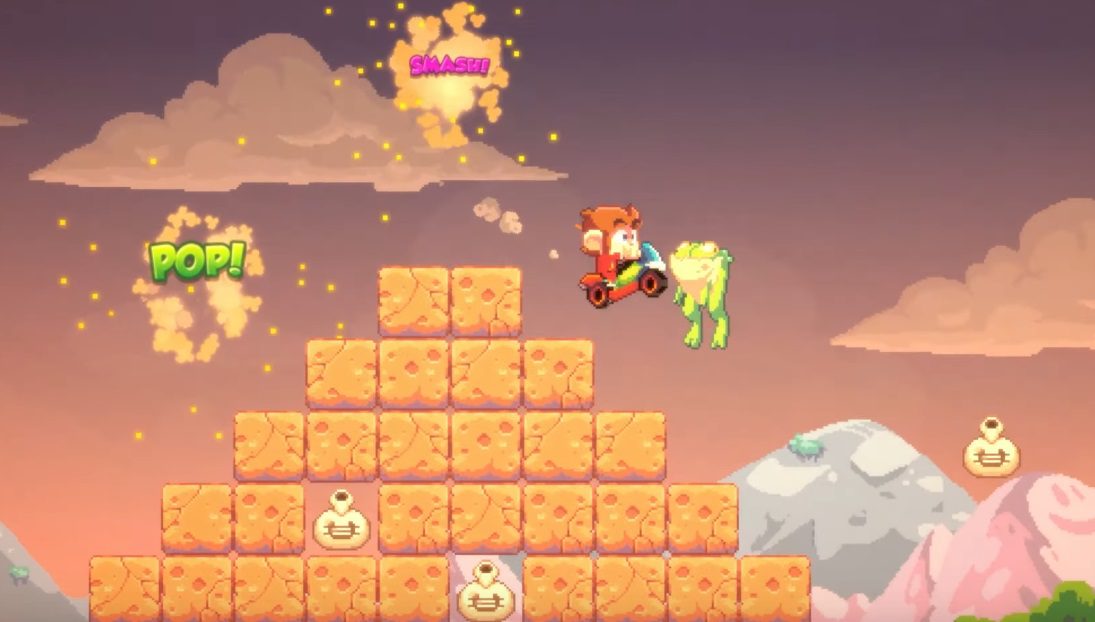 This month will see the return of one of console gaming’s earliest and most humble mascots. Publisher Merge Games, alongside Alex Kidd developer Jankenteam, released a short trailer giving us a quick glimpse at the visually splendid locale of Miracle World, all set for the return of Alex and his money-grabbing, block-punching shenanigans.

Alex Kidd in Miracle World DX is a full remake of the 1986 Sega Master System classic and is a faithful replication of the early-days platformer. While Miracle World DX will sport brand new visuals, re-recorded music, new stages, and a fleshed-out narrative, fans of the original can expect the same spirit of adventure that made the original release so unforgettable.

The villainous Janken the Great and his “Rock-Paper-Scissors”-loving henchmen will return in newly designed boss battles, while Alex’s penchant for go-kart, speedboat, and gyrocopter riding is present and correct. Additionally, the original game’s somewhat sluggish controls have been tightened up for modern audiences. But if you do fancy taking a trip to the past, then the original game can be accessed at the touch of a button, returning in all of its humble 8-bit glory. The best of both (miracle) worlds. It’s shaping up to be a decent dose of retro goodness and a fine way to while away a lazy afternoon.