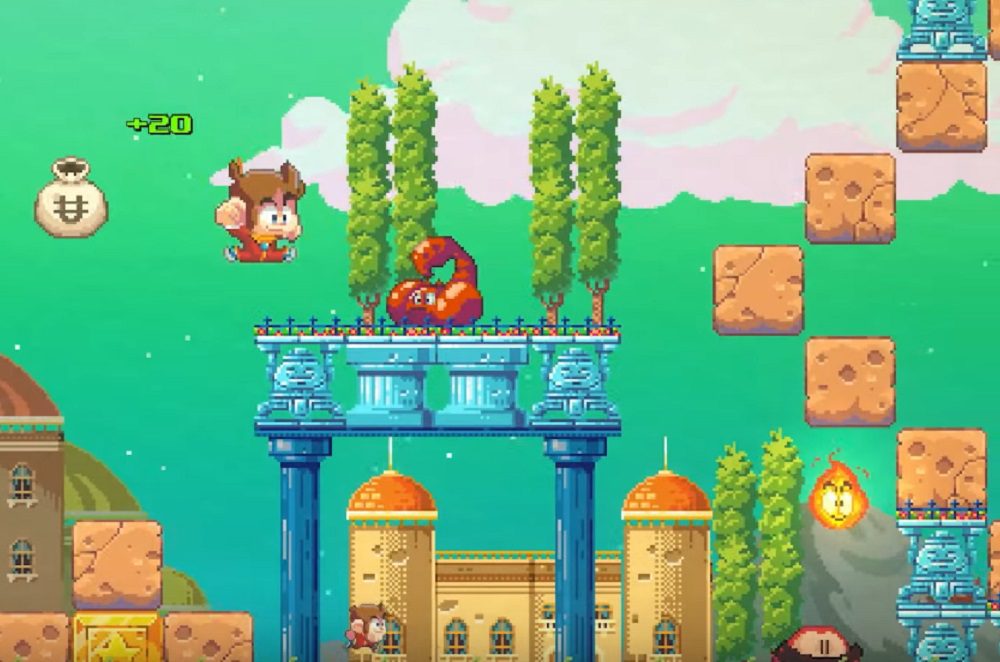 You might have forgotten that, among the hustle and bustle of last year’s Endless 3 festivities, Jankenteam announced a cute remake of Sega Master System classic Alex Kidd in Miracle World. Well, the indie developer has been beavering away at the retro revisit, and has announced that Alex Kidd will be returning to PC, PlayStation, Xbox, and Switch on June 29.

Alex Kidd in Miracle World DX is a ground-up remake of the original 1986 platformer which – having been pre-loaded into every Sega Master System unit soon after the title’s launch – quickly became a household name among Sega fans. Miracle World sees the young adventurer and “martial-arts expert”, (he has one literally giant punch and that’s your lot), on a quest through to rescue the royal family of Radaxian from the evil usurper, Janken the Great.

Alex runs, jumps, swims, rides, and glides his way through a selection of simplistic but engaging stages, looting cash and bashing baddies while locating several important items and vehicles which will aid him in battle, including power bracelets, go-karts, and even a gyrocopter. Alex will also have to defeat Janken’s feared henchmen in nail-biting games of Janken – or Rock, Paper, Scissors – if he is to free Radaxian and its people from tyranny.

Alex Kidd in Miracle World DX will feature the original title, fully re-imagined, and will include new stages and enemies, as well as overhauled mechanics, improved boss fights, and tighter controls. The classic, utterly indelible score has been remixed, and a new Boss Rush mode has also been developed alongside the remastered campaign. For nostalgia fans, “Classic Mode” will toggle the original 1986 edition at the mere touch of a button.

It looks like Jankenteam’s remake is shaping up really nicely. And that trailer has got me on board. This sort of makes up for how unbelievably old and decrepit I’m feeling right now.