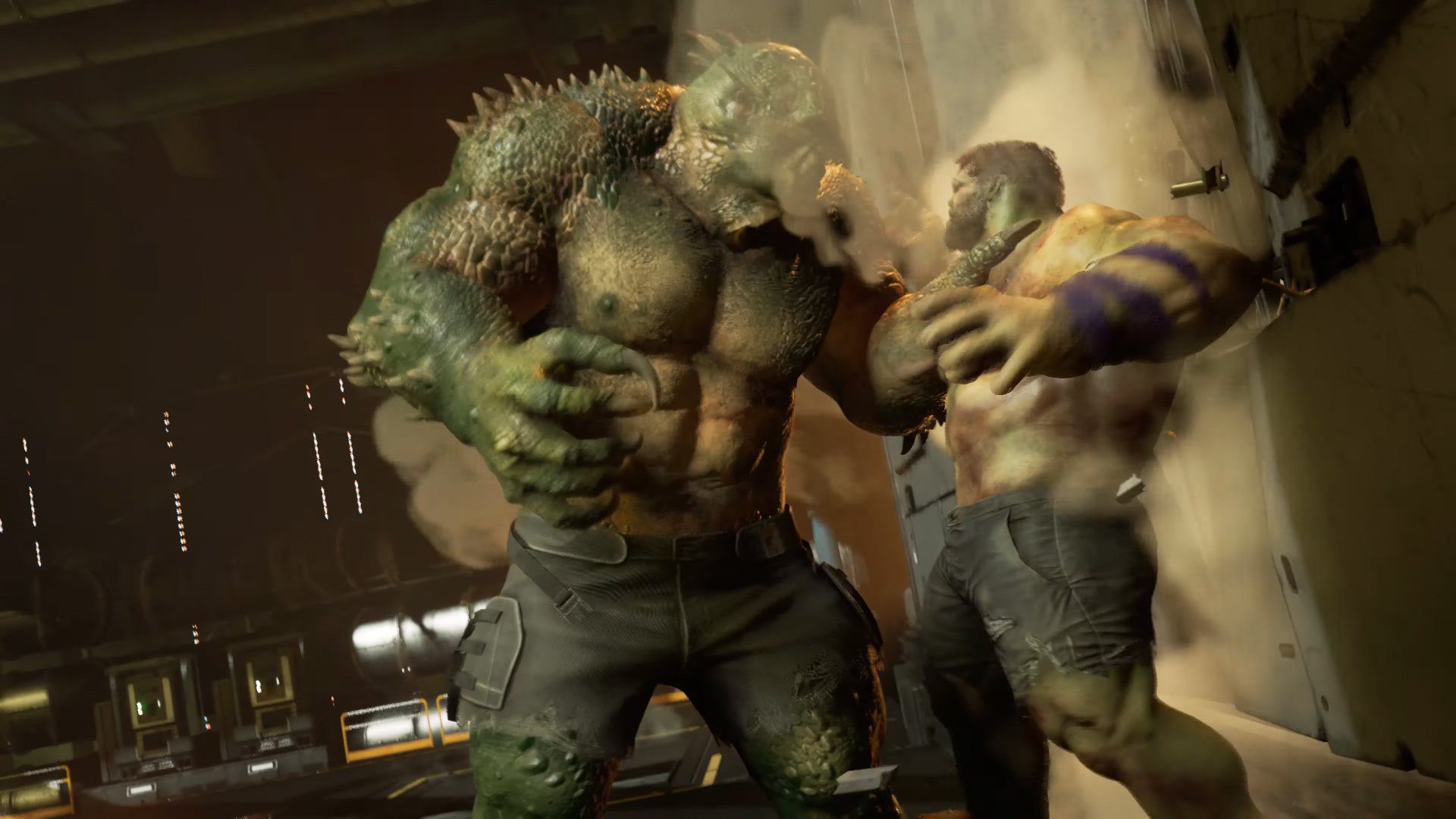 I hope it’s more fun to play than it looks

Crystal Dynamics and Square Enix showed off around 25 minutes of Marvel’s Avengers in today’s War Table stream, and if you caught it live, the compression-heavy showing was rough to watch.

If you’re checking in now, the 4K upload on YouTube is better. Not great – I’m afraid to see this game running on current-gen base consoles – but better. There’s also a co-op trailer if you’re in a rush.

Marvel’s Avengers will seemingly put most of its attention on A.I.M. – an organization hellbent on curing the “Inhuman infection” and convincing everyone that superheroes are too dangerous.

He won’t be the only villain, but MODOK is leading the charge, which is an interesting choice, to be sure. The designers said they wanted “a new face for modern Avengers fans.” He’s punchable, at least.

In a level set on top of a helicarrier, Thor flew around, wailed on a spider-bot for a bit, and smashed up humanoid robot reinforcements, eventually blowing up the big lug with a God Blast heroic ability. This was a Hero Mission, “a single-player campaign experience focusing on a specific playable character.”

The combat seemed… okay. A little dated and clunky. Above all, I’m worried about enemy variety.

War Zones, meanwhile, are up-to-four-player missions from Jarvis, Hank Pym, and others that can be played online or with AI-controlled squadmates “made up of your unlocked and leveled heroes.”

We also got a glimpse of the anti-AIM factions, some of which are holed up in the Anthill. “Earning faction reputation will give you access to new challenges, new vendors, and more powerful items.”

Long story short, I’m not convinced Marvel’s Avengers can pull off everything it’s setting out to do, from a story campaign to Destiny-inspired looting to the promise of numerous post-launch updates.

My opinion hasn’t shifted much since last time. At this point, I’m in a “co-op or bust” state of mind.