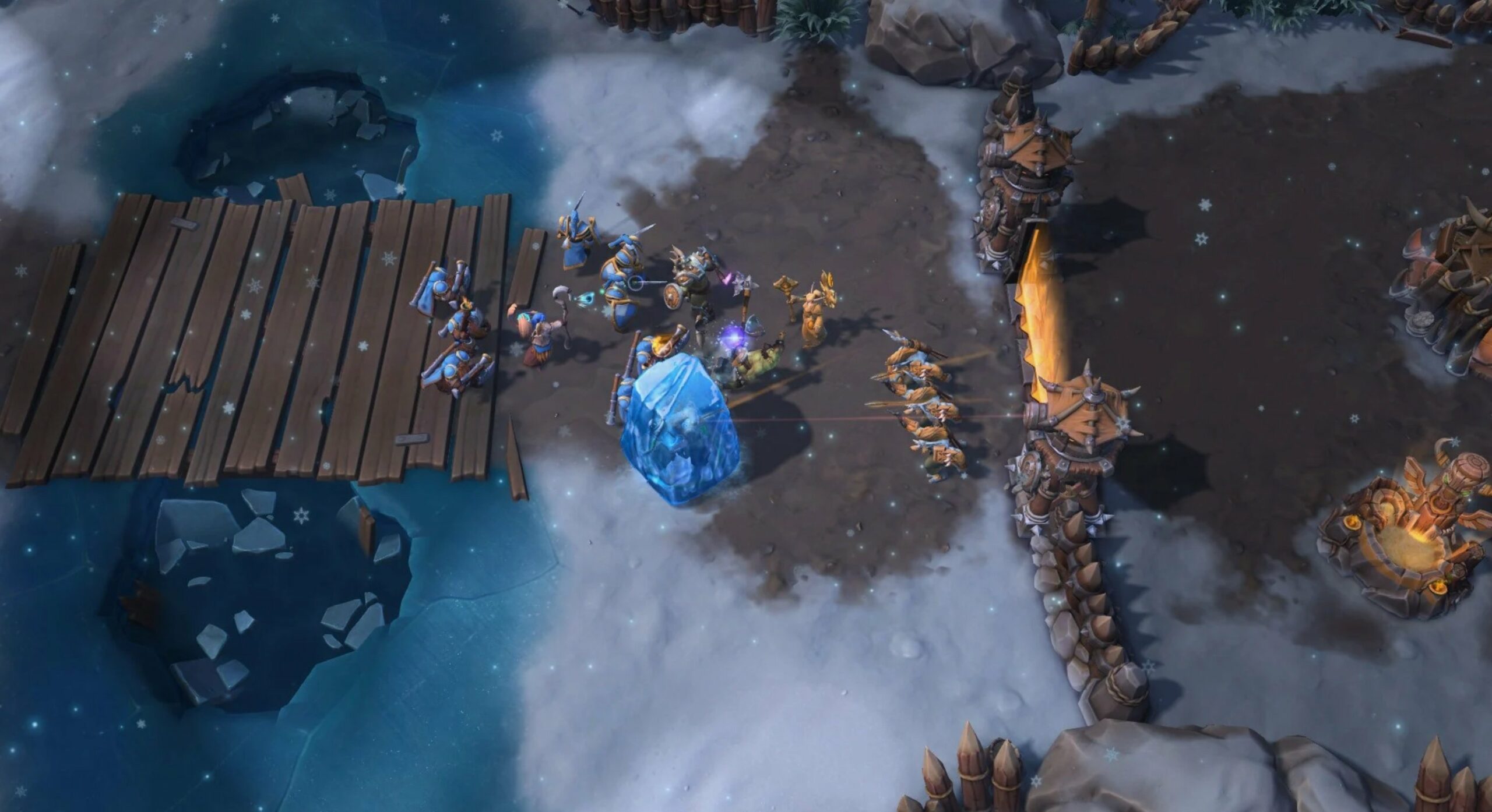 “What can [one] do against such reckless hate?” is probably what the Heroes of the Storm developers were thinking after they unleashed the “weather anomaly” mechanic into the game several weeks ago.

Although the hero Mei has been a bonafide success, the weather mechanic was polarizing, to put it lightly. The gist is that nearly every map, in nearly every mode (even competitive gametypes), contained a weather gimmick. Some maps snowed and granted players shields. Another allowed players to periodically gain stealth when sitting in bushes. Another struck players with lightning that granted movement speed and extra damage.

In theory, it sounds like a fun little brawl-like mode: but it wasn’t restricted to just brawl. Instead, everyone had to play it, which led to some odd balance and timing issues. Although a lot of that could be circumvented or adapted to (like any big MOBA patch or change), the kicker was that many players suffered a reduced framerate because of the weather effects. It seems as if that was the final nail in the coffin, as Blizzard has announced that it is rolling back the event altogether.

Taking to the forums, community manager Cydra relayed a message from the developers. “Not adding enough fun factor” was a reason given for the change, as well as unacceptable” FPS issues. Going forward, the team says, it will “finish the year with one more anomaly,” then provide regular gameplay updates as usual, but chill a bit on the anomaly concept, eschewing a “set cadence.”

Anomalies have been a mixed affair so far since they were introduced last November. Visible experience “globes” were altered and are still in the game (to stay, it seems). Changes tower behavior and damage/function, however, were slightly rolled back after fan outcry. It’s good that the Heroes team is listening and trying new things, but the weather concept was a bit much for me: especially since it was forced into competitive play, and particularly when it came to the stealth anomaly in how it impacted already-stealth-centric heroes.