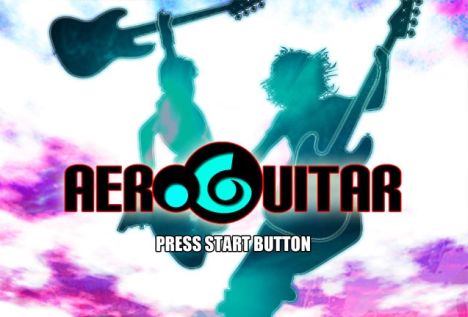 In yet another example of Japan getting all the cool stuff first, a new WiiWare game has been announced from Yudo called Aero Guitar, in which you use the Wiimote as a virtual instrument. The formula is similar to button tapping rhythm games, which I have to struggle and practice tirelessly to be good at, but if a game is fun it’s worth the work to get there in my opinion.

The game will cost 800 Wii points and will come with songs, but also will offer paid downloads, including both pro and amateur music. That could yield some interesting stuff in Japan, with all their creativity (better known as semi-insanity). It is slated to come to the US and Europe, but Yudo did not provide any detail as to when.

I definitely did not expect something like this to come out of WiiWare, but I’m all for rhythm games. What say you, Dtoid?