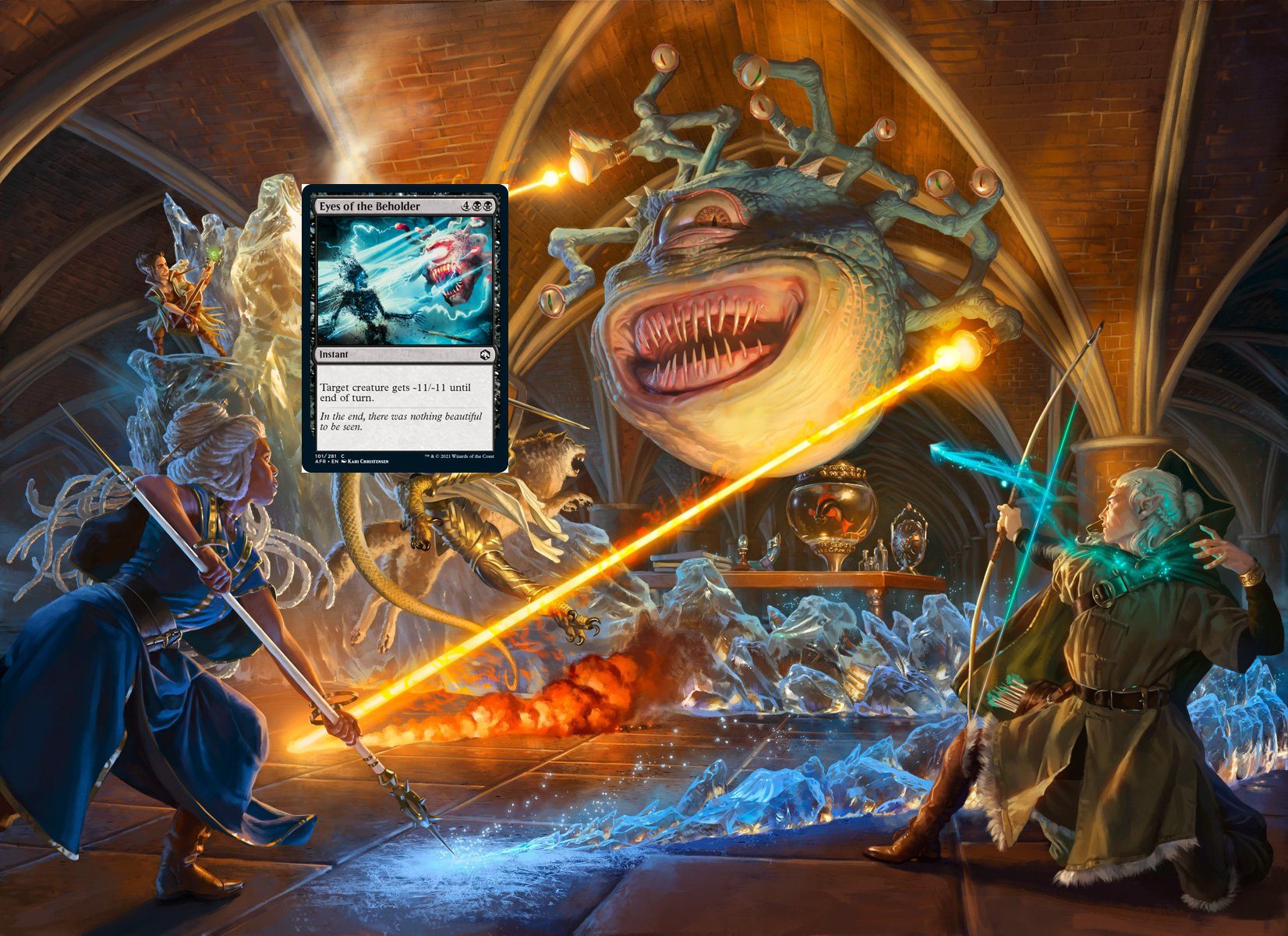 Good cards are in the eyes of the beholder

Apologies for the subheader there. But when you get the chance to spoil such an iconic character in Dungeons & Dragons lore, you gotta go for it! Today is the day we get to show off our exclusive card for Magic: The Gathering‘s Adventures in the Forgotten Realms (AFR) set: Eyes of the Beholder.

It’s a six cost (4, black, black) card that can be played at instant speed, with the text: “Target creature gets -11/-11 until end of turn,” with the flavor text “In the end, there was nothing beautiful to be seen.” Dark! And fitting.

There’s not a lot to unpack with this card mechanically. It does what it says on the tin, and will likely be a bomb option in limited play, where you can basically eliminate any creature you want with instant speed. I’m guessing it’ll save some games! I’ve 100% played weird high-costed cards like this to win sealed matches before, and they were sorceries.

From standard standpoint it’s fairly cost-prohibitive and niche, and unless the meta shifts drastically, B decks are likely going to stick to low cost removal. But Eyes of the Beholder is also fairly versatile as it’s an instant and can be played in response to enemy bombs, and goes through keywords like indestructible. Lore-wise, it’s a fantastic bit of art by Kari Christensen of an extremely memorable Dungeons & Dragon design. Even if you don’t play D&D, odds are you’ve fought one or a creature inspired by one at some point in a video game.

Eyes of the Beholder will be joining the fray as soon as July 8 in Magic: Arena. 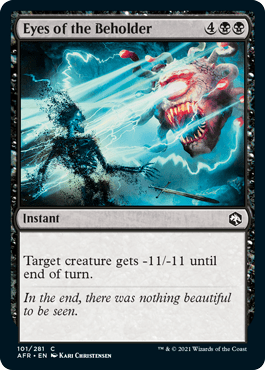