Remember that Microsoft fellow that told people to “deal with it,” regarding users who lived in areas with little or no internet? Well it seems as if just issuing an apology wasn’t enough for Microsoft, as he is no longer with the company, according to Game Informer.

Multiple sources have confirmed to the outlet that Adam Orth, the person responsible for said tweets, is now out. Unfortunately, a lot of people have learned the hard way that Twitter is a dangerous place sometimes, especially when emotions are high. 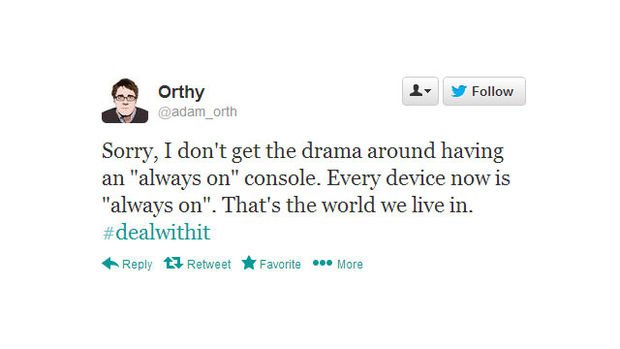