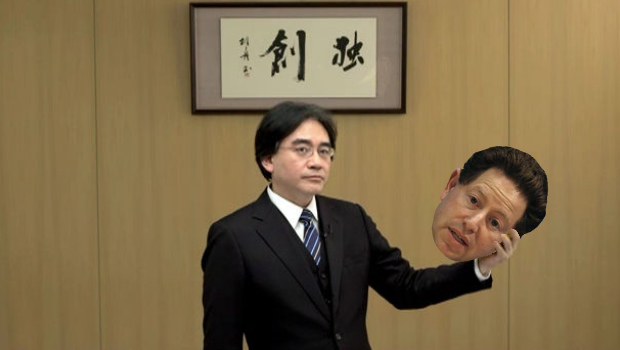 Suggests Nintendo’s system was a hindrance to Skylanders

Bobby Kotick, Activision’s double-Satanic CEO, has been summoned from the Blood Waters to provide his nefarious opinion on the Wii, though he ended up instead discussing the Wii U, and its performance since launch. The overlord of gaming’s biggest third party isn’t happy about it, admitting disappointment in the console’s slow start.

“As you know, we were somewhat disappointed with the launch of the Wii U, and I think it’s a challenging environment this year,” stated the executive during Activision’s Q4 financial call. “One of the things we are concerned about is what the installed base of hardware will be like for 6- to 11-year-olds. But we have a lot of confidence in the franchise for the long-term.”

Kotick’s concern for the children is rooted in his plans for the Skylanders brand, which is still going strong and hopes to target the youngsters on any console it supports. He said Skylanders Giants was challenged by “slower than expected adoption of the Wii U,” suggesting the system may not be a good fit for the brand.

Whatever you may think of Activision, its power cannot be denied, and you really don’t want Kotick squinting at you if you’re in the console business. Nintendo still has plenty of opportunity to turn this around and make the Wii U a success, but it’s really going to have to pull out all the stops in the next few months.