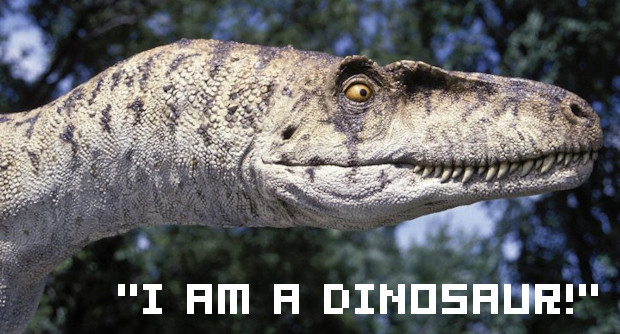 We here at Destructoid love sparking rudderless speculation about recent trademarks, which is why we’re thrilled to hear that evil publisher Activision has trademarked the name Jurassic Hunter. Activision is known for making good on its trademark promises, so one could safely assume that the company is looking into a dinosaur hunting game at some point in the future.

The interesting thing to note here is that Jurassic Hunter is the name of a game previously slated for the PlayStation 2. That particular title was never released, so whether Activision plans to publish a game based on the canceled original, or is just using the name for an original concept, remains to be seen.

Jurassic Hunter has been discovered in GameFly’s database, lending further credence to the idea that Activision could be making an announcement soon. The game has been listed as a multiplatform title, due to hit the Wii, PS3 and Xbox 360.