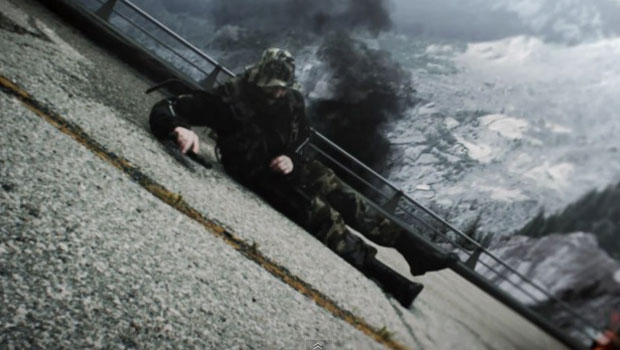 Earlier this year, we posted a Call of Duty-inspired short film called Find Makarov. Despite it being an impressive production, it was done without Activision’s knowledge or consent. But the mega-publisher wasn’t upset, instead reaching out to the filmmakers and asking them to fund a follow-up which will premiere at Call of Duty XP this weekend.

“When we saw saw it, we had two reactions,” said Activision’s CEO Eric Hirshberg. “The first one was ‘That’s freakin’ awesome.’ And the second one was ‘Who the hell made this?'”

We saw a five-minute clip of the Activision-funded sequel, Find Makarov: Operation Kingfish, and as you’d expect it’s even more impressive than the original. The filmmakers will be screening the film to fans at XP over the next few days, so expect to hear (and see) more soon.