My name is Guy Incognito

This weekend sees the arrival of the first playable alpha for this year’s entry in the billion-dollar Call of Duty franchise, Call of Duty Vanguard. While pre-loads are available now on PlayStation platforms, those booting up the WWII shooter (such as the CoD insiders at Charlie Intel) have been left completely and utterly stumped as to which major publisher is bringing the new sequel to shelves, given the Vanguard‘s continued choice to forgo its publisher’s branding.

Of course, I’m being quite facetious. Call of Duty is, famously, the biggest brand in the portfolio of Activision — a simple fact that the company has remained proud of for over a decade now. However, in the teaser trailer for Call of Duty Vanguard, the sequel’s pre-order page, and the title screen for the incoming alpha, Activision has chosen not to print its company name in any format — a very un-Activision move which the publisher recently described to Axios Gaming’s Stephen Tolito as a “creative choice“.

This has understandably led to much eye-rolling within the industry, the media, the fans, and yours truly. It doesn’t take a wealth of ponderance to come to the opinion that Activision — which is currently embroiled in a grim harassment and discrimination lawsuit via its subsidiary Blizzard Entertainment — is choosing to have its cake and eat it too. It’s vital to the publisher that its most lucrative release of the year sees worldwide promotion, yet it remains aware that the company name rightly carries deserved burden. 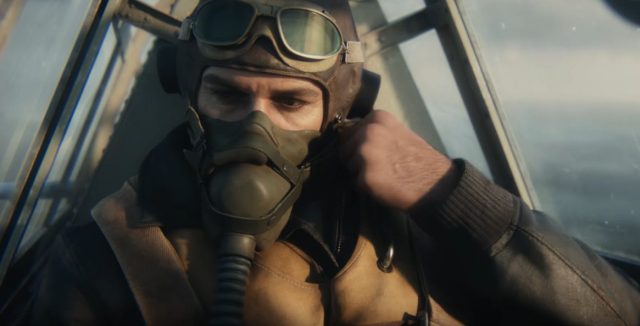 It’s not so much the action of not featuring the branding that raises my eyebrow, more the idea that we are all supposed to believe, after decades of splattering its visage all over the Call of Duty franchise, that this was the year the creative decision was taken to remove Activision’s branding from marketing materials. One could even argue that Activision’s choice has facilitated what’s commonly referred to as The Streisand Effect, bringing even more attention to the situation. Some might then go even further, suggesting that all attention is good attention, and thus this whole “creative decision” debacle is actually a gross-but-genius marketing ploy. “We’re through the looking glass, people”, etc.

In any regard, Call of Duty Vanguard will launch in November and it will sell gangbusters. That’s the stain of capitalism. An inevitability regardless of whether Activision plasters its name on the marketing or not. Millions of dollars are sure to come rolling in and the best that one can hope for is that Activision Blizzard will be held accountable for the accusations of its employees by the courts, ultimately creating a much safer, more respectful, and healthier work environment for the very people responsible for creating the products that bring said millions rolling in.