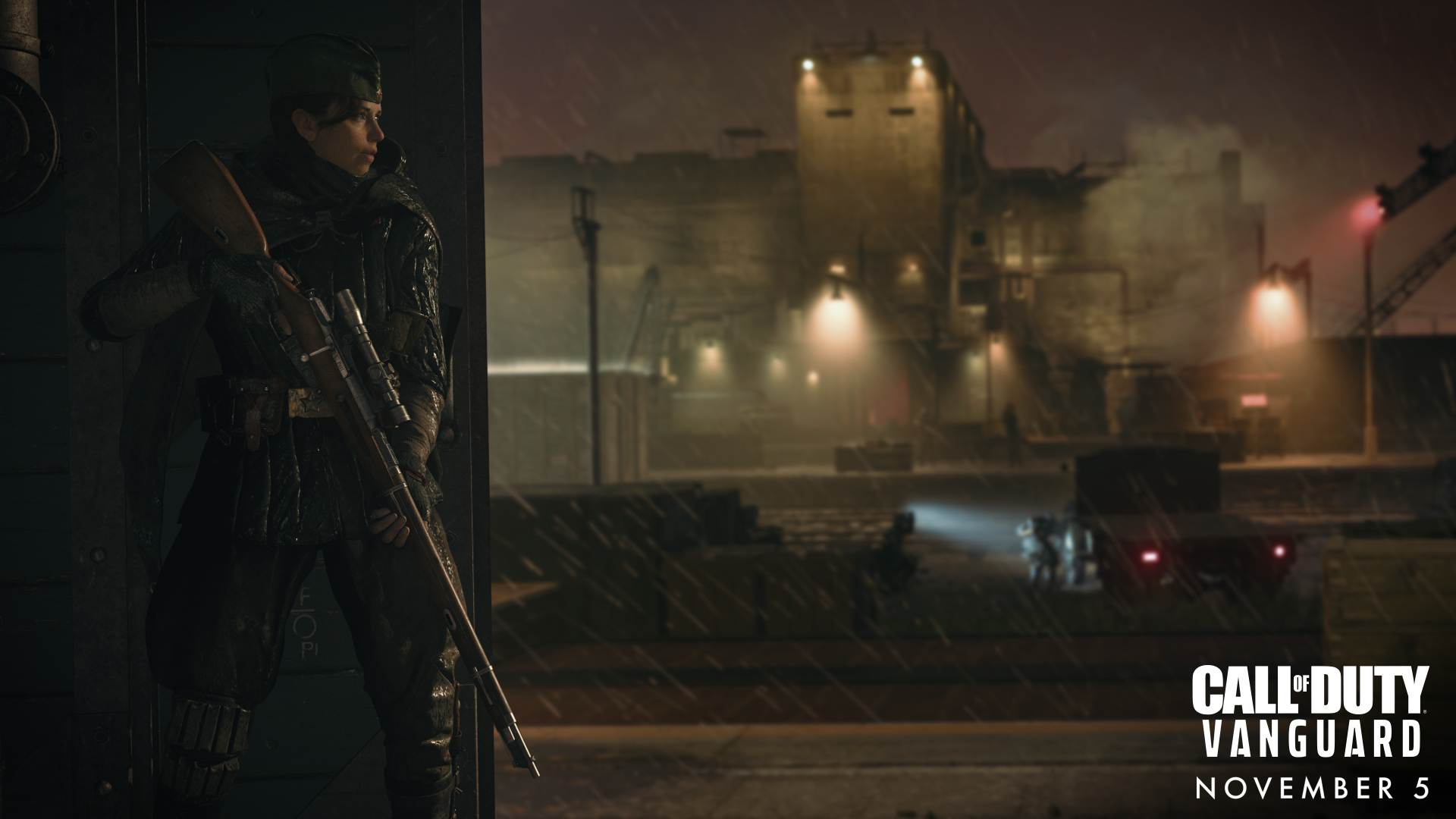 Sledgehammer announces its WWII-era shooter, and addresses the current situation at Activision Blizzard

Today, Sledgehammer Games officially revealed its upcoming entry in the Call of Duty series, Vanguard. And as part of the media tour, its studio head also addressed recent events and allegations against Activision Blizzard.

Shown in a trailer today, Call of Duty: Vanguard will take the series back to World War II, with the player forming Task Force One in a campaign across four theaters of war. It will span both the Eastern and Western fronts of Europe, as well as the Pacific and North Africa. Multiplayer will also arrive at launch with 20 maps, alongside a new Warzone experience and a Zombies experience developed by Treyarch.

Development on Call of Duty: Vanguard is being led by Sledgehammer Games, but many Activision Blizzard studios are involved in the making of it. Alongside Treyarch’s Zombies mode, Warzone development will be led by Raven Software, while additional support is being provided by Beenox, Demonware, High Moon Studios, Activision Shanghai Studio, and Toys for Bob.

The new Call of Duty: Vanguard is set to arrive on Nov. 5 for PlayStation 4, PS5, Xbox One, Xbox Series X|S, and PC via Battle.net.

Earlier this year, the state of California filed a lawsuit against Activision Blizzard, alleging a toxic workplace culture, including harassment and discrimination against employees. Employees at the company have already organized a walkout and filed letters making their demands for improvement clear.

Sledgehammer Games studio head Aaron Halon addressed the allegations at Activision Blizzard during a virtual preview event, as reported by Eurogamer. He describes the stories and pain people have shared as “simply devastating,” and speaking on behalf of Sledgehammer and the teams working on Vanguard, said harassment of any kind “goes against everything we stand for as a studio.”

“While we cannot comment on the lawsuit, what I can say is that as a team, we are committed to making sure all team members feel safe, welcome, and respected,” said Halon. “So please know as we start our presentation that these thoughts and actions are at the top of our minds, and will be going forward. They speak to the core values of who we are and who we wish to be. On behalf of everyone on the team, thank you.”

You can find the full transcript of his comments in Eurogamer’s report.