It appears as though the big holiday rush of AAA titles has finally come to a close. As a result, not many unreleased titles have Achievements or Trophies listed for them. That won’t stop Achievement Unlocked. This week we’ll look at a few newer titles, an unreleased title, and a golden oldie.

Last week, reader Slique made me laugh the hardest with his choice of Achievement for Prince of Persia.

Successfully completed a playthrough without rotating the camera to zoom in on Elika’s (totally subtle) breasts.

He then added that he doubts the he will “ever be able to achieve it.” For the record Slique, I have been doing a good job progressing without fooling around with the camera. My attention has always been the intelligent and earnest discourse between Elika and the protagonist. Not breasts or those low-rise pants that so delicately wrap around her hips.

Hit the break for a few more honorable mentions by readers who participated last week. Also, get ready for some fake Achievements or Trophies details from Rise of the Argonauts, Dead Space, Fable II, Fallout 3, and Perfect Dark Zero.

Reader booshmee tickled my funny spot, but only because I’m not a female nor sensitive to their condition. Check out this Achievement for Left 4 Dead:

Play Zoey during that annoying time of the month.

Reader onomelon knows why we pre-order games like Lord of the Rings: Conquest at Gamestop:

And finally, reader Chewpathingy lists an unbelievably long (and satisfying) Achievement for X-Blades:

Consume over 6 bags of Doritos, 24 Slim Jims and 8 cans of Mountain Dew. Play the game for 5 hours without having to pause for a “break”. Sponsored by Slim Jim, Mountain Dew, Doritos’s and the National Committee for Regular Bowel Movements.

And now on to our reguarly scheduled Achievement Unlocked. 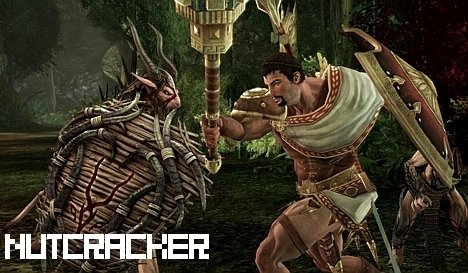 Rise of the Argonauts is a dream come true. My field of interest as a historian is ancient western civilizations. Before embracing the call to write about videogames professionally, I often wondered what it would be like to roll around in ancient Greece. Rise seems like it’ll give me that opportunity, even if the game is completely focused on mythology. That said, there isn’t a ton of information about the game out there despite its impending release. What we do know is that you control Jason. And he kills things. Also, there’s this weird Achievement:

Zeus got your girl? Give it to him where it hurts. 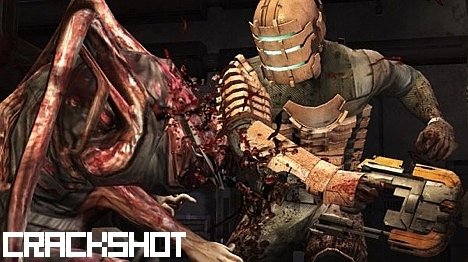 Dead Space is old by blogging standards, but I still find myself actively playing the game. In my mind, it is the perfect mix between horror, action, and gore. I especially enjoy the gore part. Any game willing to award Trophies according to the amount of dismemberments conducted is a great game. Despite my practice at shooting monsters, I still find myself experiencing moments of adrenaline-pumping “Oh my god, I can’t kill this before it eats my face.” Perhaps I’ll earn this Trophy soon enough:

Shoot the ceiling, floor, and environmental objects less than 40 times when surprised by a monster. 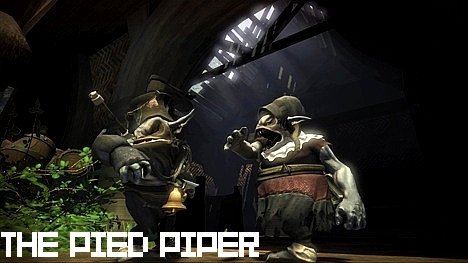 Fable II makes me feel like a terrible person. My character often travels through cities mindlessly slaughtering and farting. I’ve found farting to be a very useful tool in interpersonal relations — mainly because it subdues hearts above my admirers’ heads. My guy is a bit of a stud, despite the horns, but he hasn’t the time for love. There are too many things to kill.

Get 20 people to follow you simultaneously … all the way to Skorm. 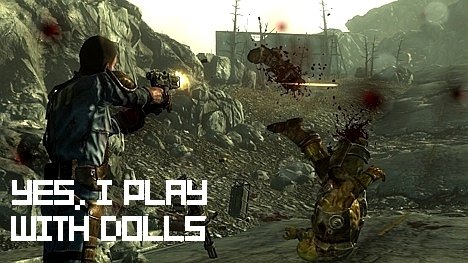 Fallout 3 is scary in an Atomic Café kind of way. Luckily, not everything is so bleak in the Capital Wasteland. Yesterday, I met a man quite high on life. He offered me some drugs inside of the waterworks in Megaton. Unfortunately for him (and his family) I blew up the city. That’ll teach him. 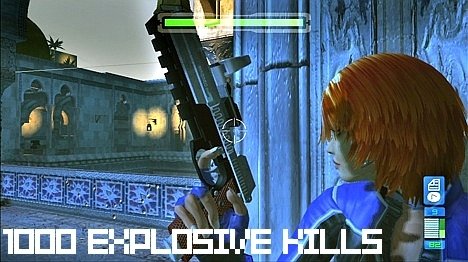 Perfect Dark Zero was one of those games you really wanted to like. You stood in line or pre-ordered your Xbox 360 a year in advance just to get a shot at Microsoft’s early next-generation platform. Because Oblivion and Alan Wake were delayed out of short-term existence, you were forced to try out Rare’s FPS offering. Whoops.

[Note: Now it’s your turn. Take these games and make your own Achievements or Trophies. I use real headers, but fake the description. You could do either if you want. Have fun and be creative. Next week I’ll grab the best and feature them as well.]