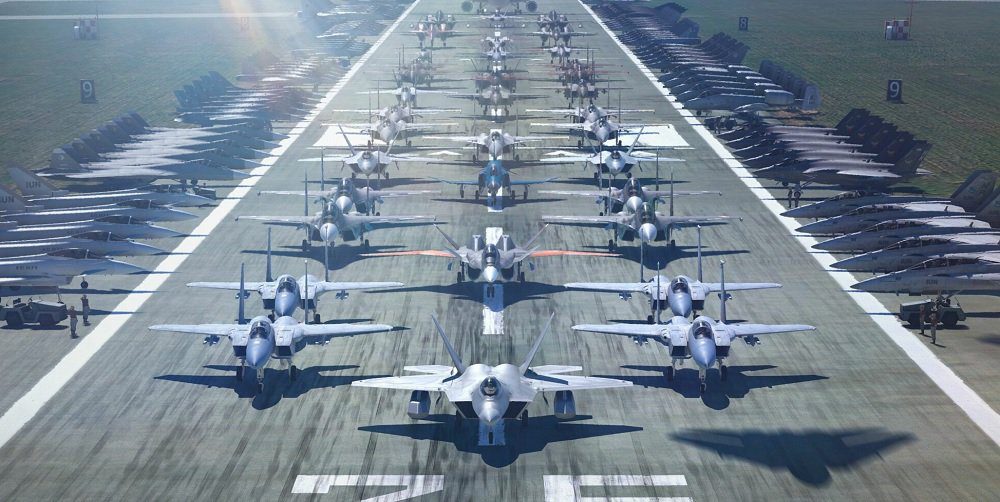 Releases in January of 2019, Ace Combat 7 offers an advanced dog-fighting experience among the skies of “Strangereal,” a continent currently caught up in the embittered “Lighthouse War.” Players can choose to battle it out in a single-player campaign or numerous multiplayer modes, piloting a host of sophisticated aircraft and engaging in explosive air-to-air combat.

Speaking on Twitter, longtime series director Kazutoki Kono expressed his delight at Ace Combat’s continued success. “Thank you very much, I am grateful,” Said Kono. “Well, Let’s start the mission!” In addition, the July 2 issue of Famitsu is preparing a huge 25-page retrospective on the entire series. Finally, fans can download two special commemorative wallpapers for the series anniversary over at the official Ace Combat website right here.