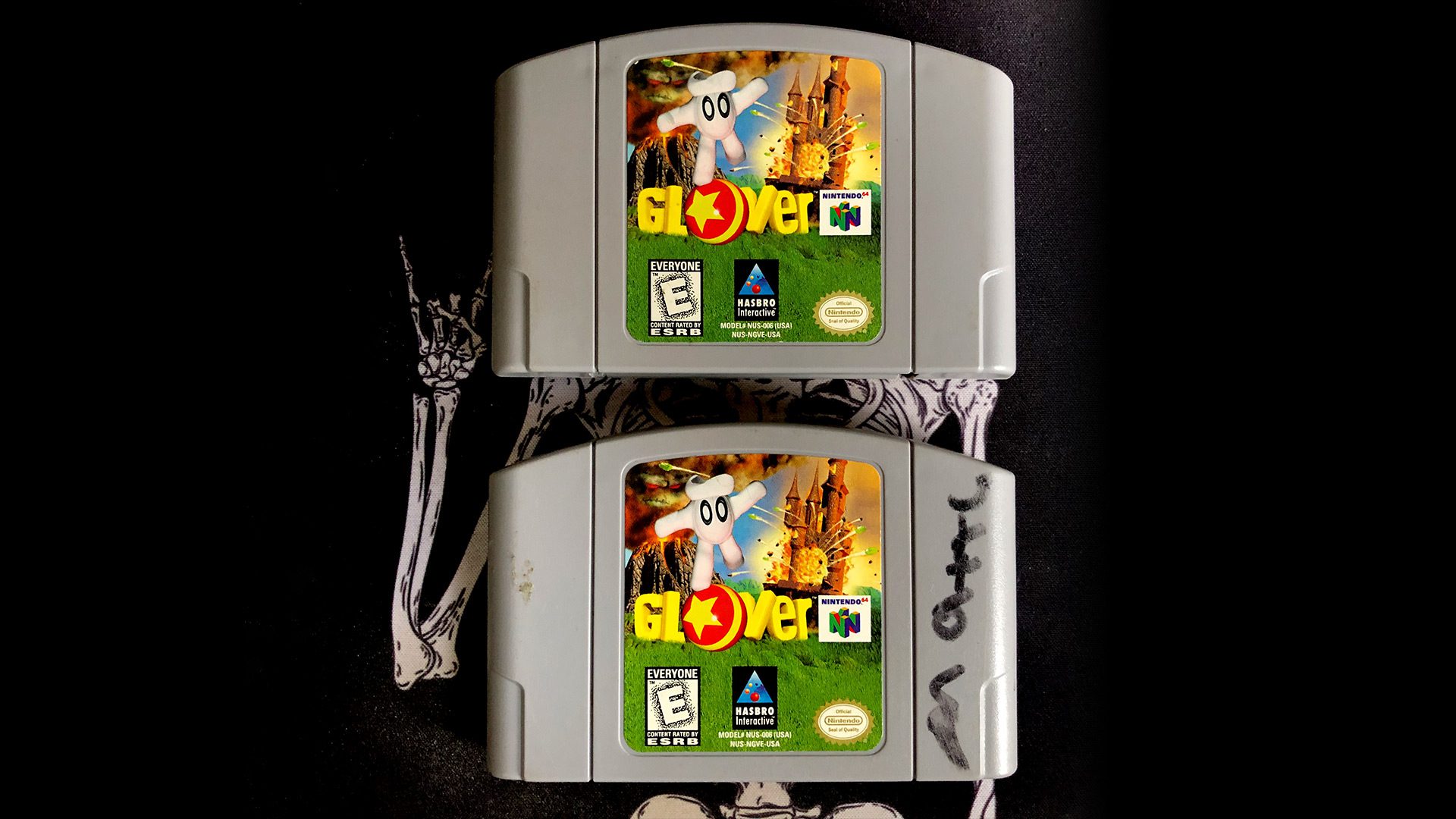 I don’t know how or why I own two copies of Glover, but I do, and that’s super weird

This afternoon, when my internet cut out for *just long enough* that I knew I didn’t have enough patience to wait it out, I decided I’d spend a little bit with an old game.

My criteria basically boiled down to 1) something old enough that I could effortlessly “pop in” and immediately start playing, and 2) something with a limited-enough appeal that I wouldn’t be tempted to stick with it for very long. For whatever reason, my mind went straight to Nintendo 64, and after shuffling through my cartridges, I pulled out Glover as a candidate. Then, I kept looking. Hang on a sec — why do I own two copies of Glover?

I’m not some Glover freak or anything, honest. In fact, I’m sure I’ve never finished it.

And yet… there’s no denying it. The evidence speaks for itself: it’s a double dip.

At some point in my life — I genuinely don’t know when it could’ve happened — another copy of this peculiar 3D platformer about a living glove wound up in my N64 collection. The top one is my original cart, from when I was a kid. The other has gunk on it, and an unfamiliar name (both on the cartridge itself, and in the custom-initialed save data). 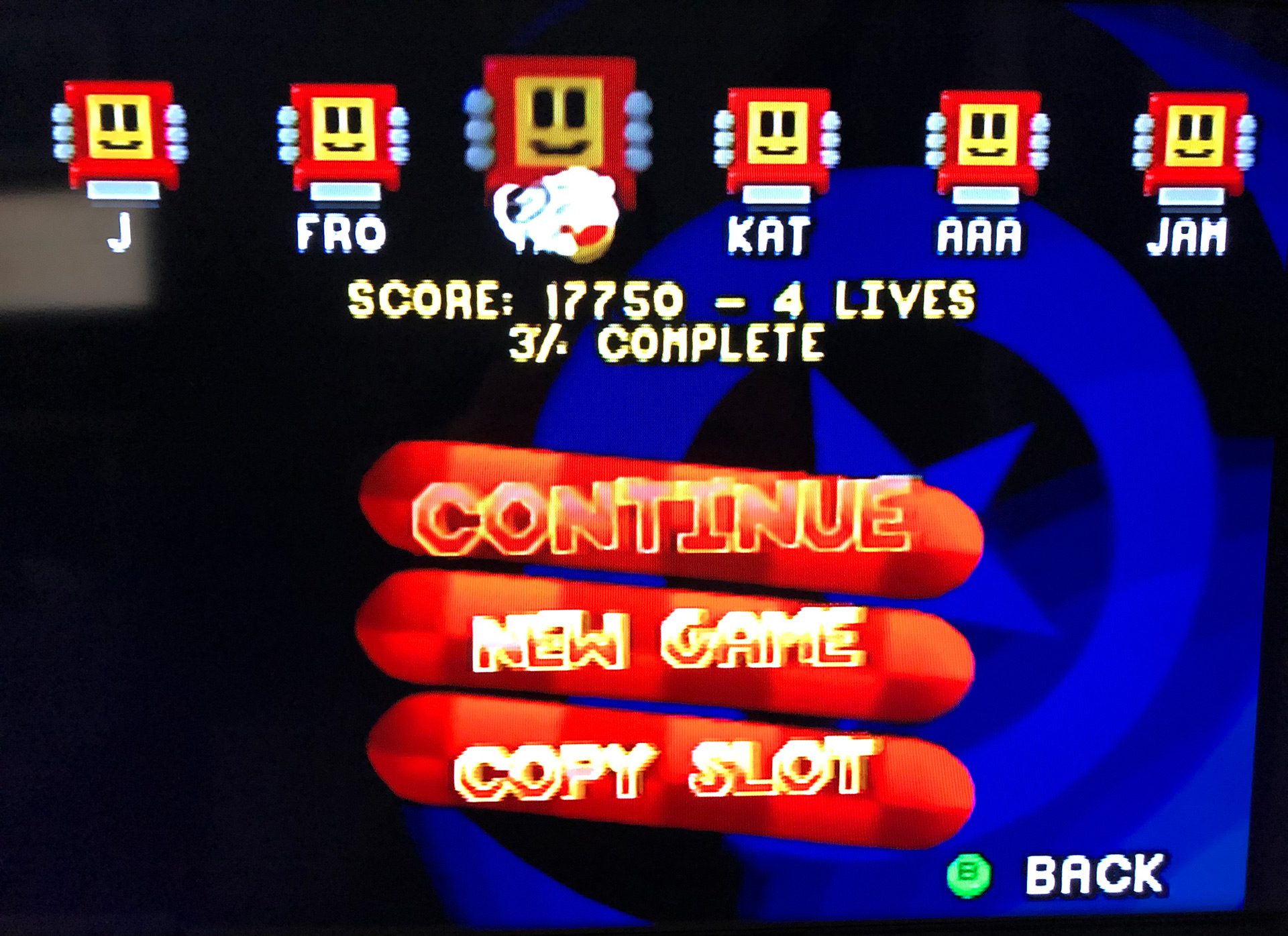 I have no memory of these saves aside from “J,” my old go-to. 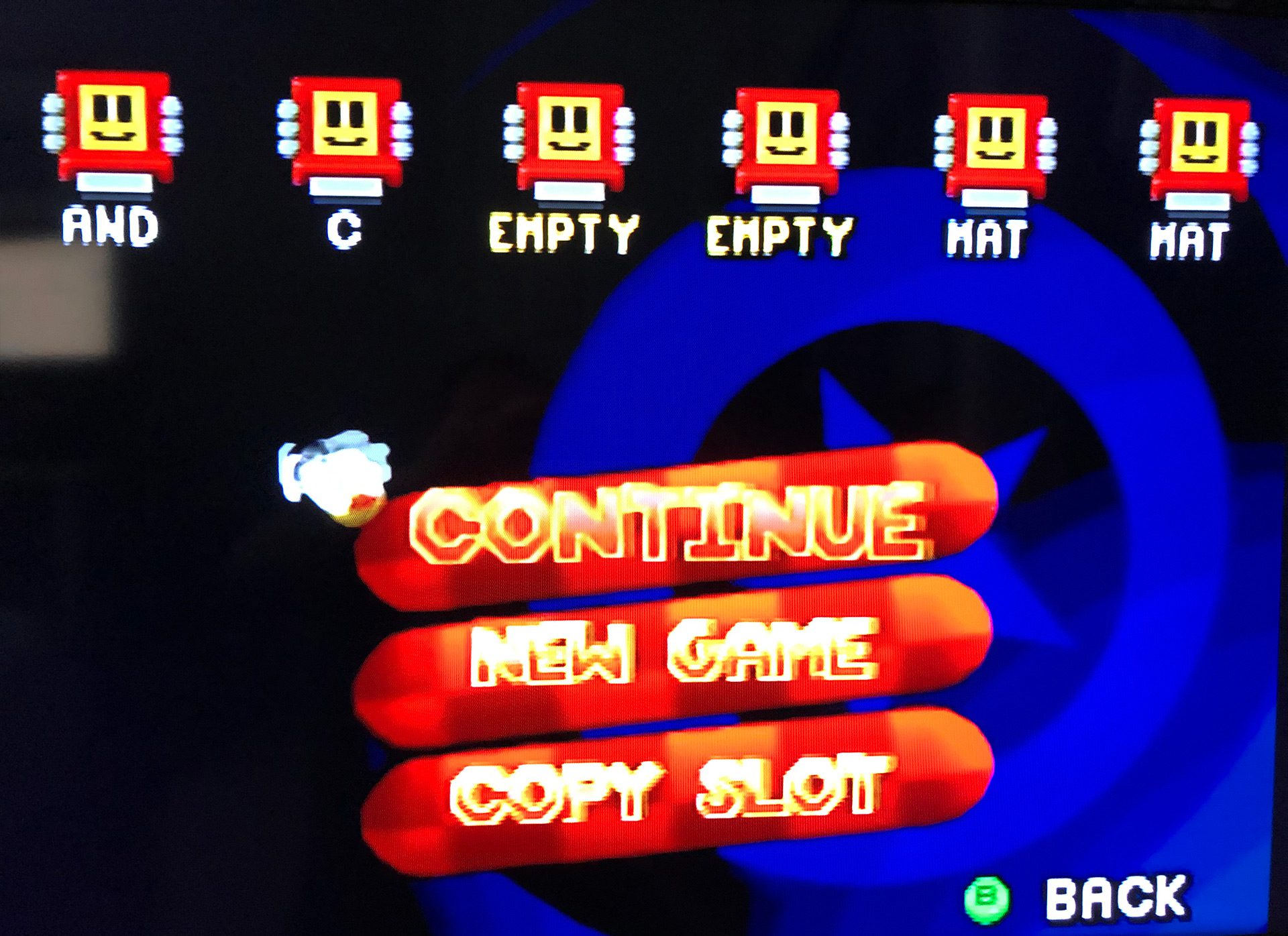 The funniest part: across these 10 saves, the highest recorded completion is 18 percent, and everything else is either hovering near five percent, or it’s straight-up zero.

For a game I apparently can’t get enough of, I sure haven’t invested much time in it. Maybe I’ll change that! Or maybe I’ll wait and see what becomes of the effort to remaster Glover.

It’s a strange community prompt, I know, but have you ever unintentionally gotten multiple copies of the same game? For retro gaming collectors who buy in bulk, I could see this situation coming up fairly regularly. And for stone-cold classics like Resident Evil 4 that are abundantly available, it’d be super easy to double dip. Otherwise, I’m at a loss. Hit us up with your adventures in accidental double-dips if you have any stories.

(Come to think of it, I’ve also got two copies of Super Monkey Ball on GameCube — but that was just an attempt to replace a temporarily missing copy, and at least that game rules.)