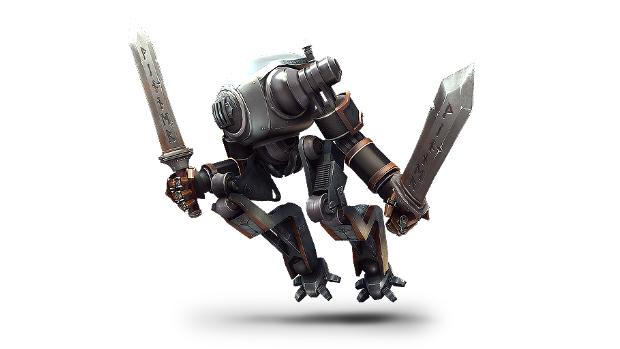 Who needs tactics when you have robots with swords?

There is something about turn-based battles on a square grid that always seems to captivate me. Taking that idea out of the generic fantasy setting garners bonus points for me too. Granted, Acaratus is described to take place in a medieval setting, but it also has customizable steampunk robots with giant swords, so there’s that too.

One of the other neat things that Acaratus does is to include collectible card game elements with the robot building process. It also intends to employ episodic content when it comes out. Sadly, the game is still in early development, with no word on a release window. Hopefully this moves along quickly enough for us to make robots fight each other soon.