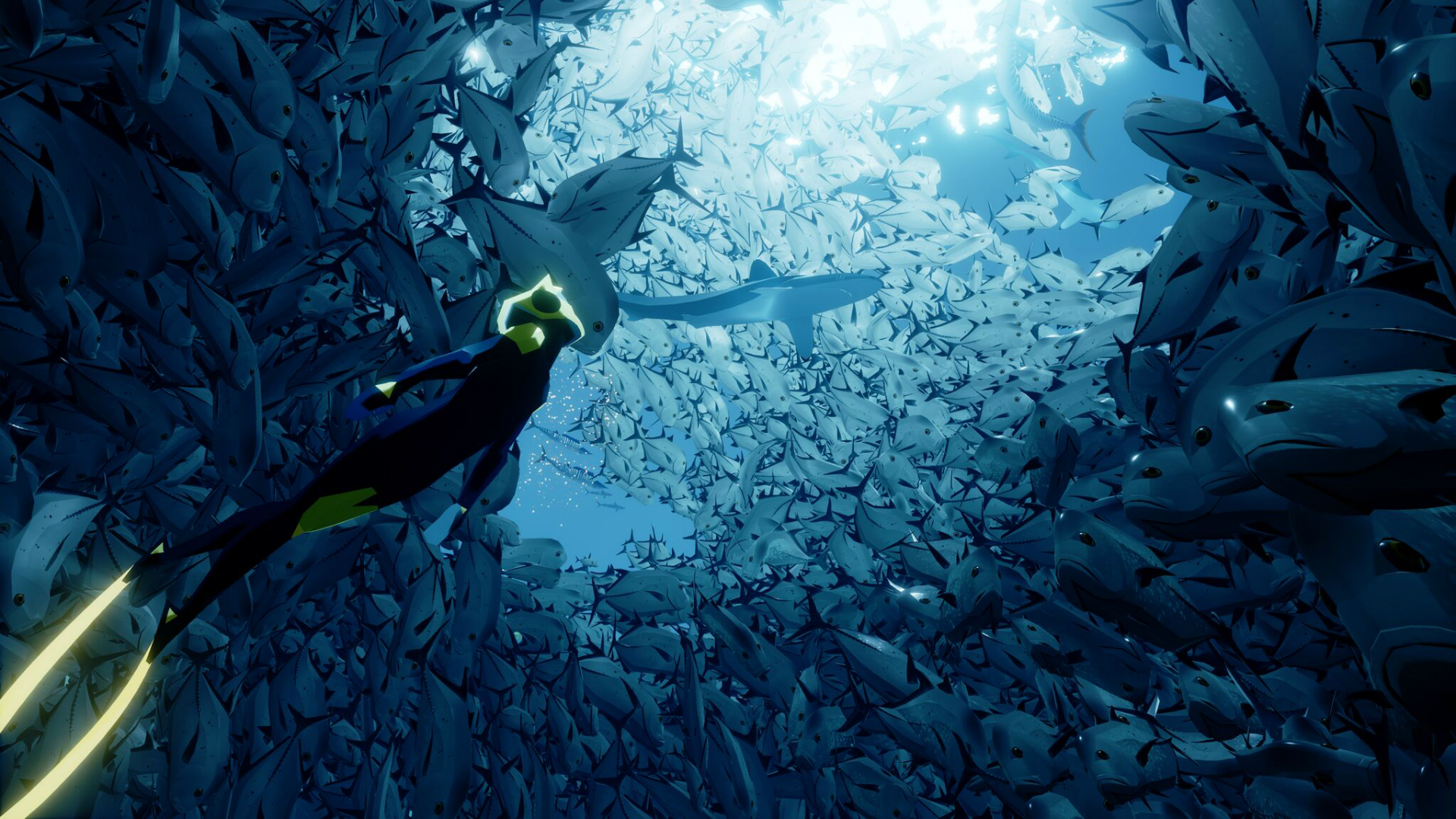 Ecco messed me up

Water levels have long been met with a combination of derision and dread. Plummeting into the depths in platformers over the years has lead to some incredible memories, but control and pacing issues often elicit a groan from players who want to stay on dry land. My dread comes from a different place, a deep-seated discomfort that I associate with digital oceans. I’ve explained it here and especially here, but all you really need to know is that I’m fine in real life, but being underwater in any game — regardless of subject matter — fills me with an anxiety I’ve never experienced elsewhere. So of course I had to go and play Giant Squid’s Abzu. It just made too much sense. 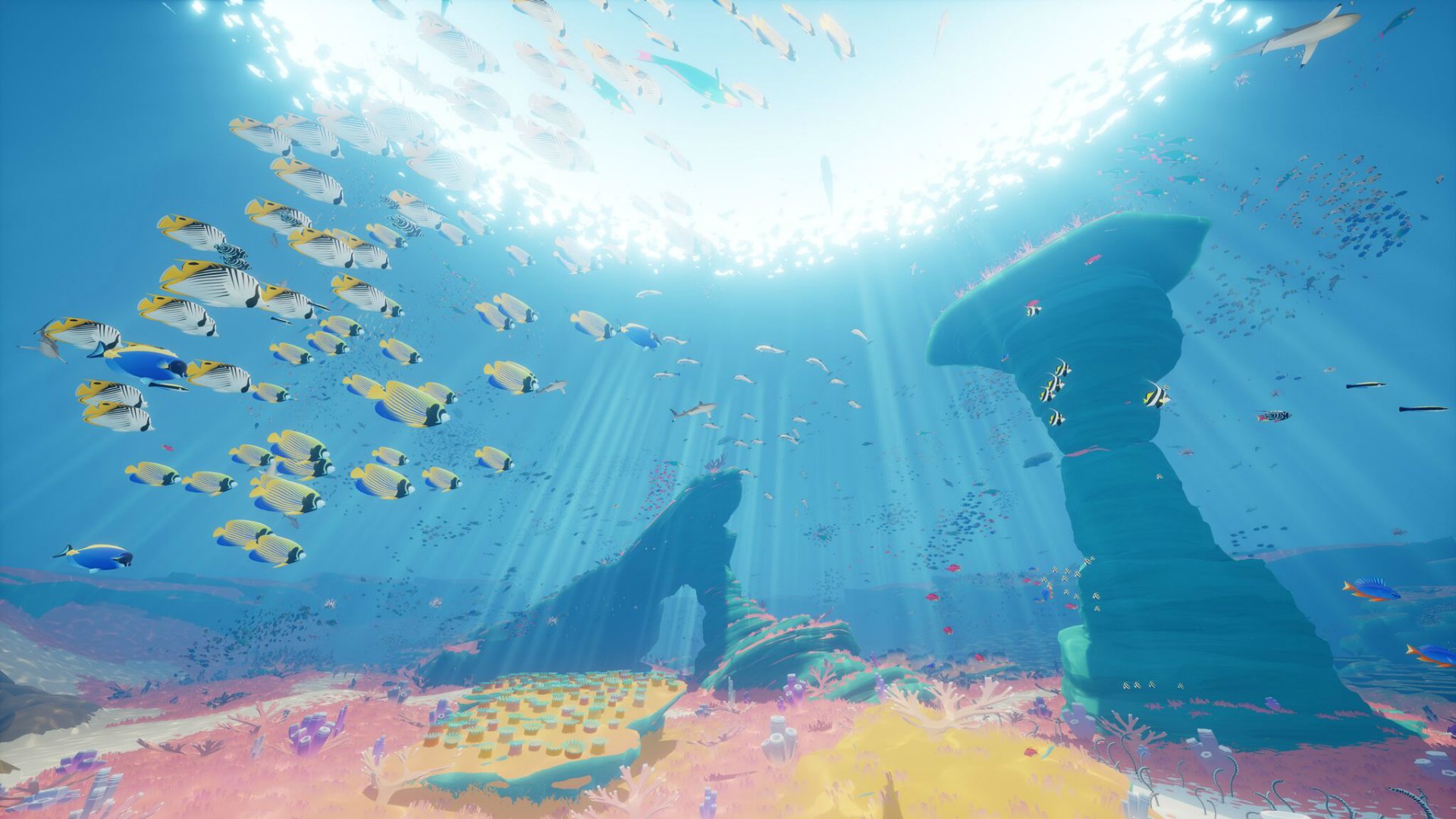 I played largely the same segment that Brett saw last year, but have come away with a completely different take on it. Where he saw a serene sea with schools of fish lazily drifting by, I looked behind that and saw murky voids I wished to keep my distance from. Creative director Matt Nava demoed the game for me before I got a chance to play it myself. He explained the controls and showed how easy and pleasurable it was to puppeteer the submerged avatar, and I was breaking into a cold sweat. I counter-explained why I looked like the nervous wreck that I was becoming, and he replied that I wasn’t the first to have this reaction to the game.

The thrill-seeker and horror lover in me is sick and perverse and enjoys forcing me through scenarios like this, if only to say that I conquered my fears. And really, Abzu is so gorgeous and tranquil that I was mostly fine. Nava showed me that the player can find meditation points to rest at, which allows you to observe all of the life around you with dynamic camera angles and small titles explaining what type of creature it is. I took a deep breath, took in the surrounding aquatic life, and watched as he continued.

Nava approached what looked to be a large coral tower that became desiccated and brown when he activated a nearby item that I can’t remember because I am bad and forgot to write a note while I was watching. I blame my weird phobia. It had a sort of Shadow of the Colossus feel in that I began to wonder if our avatar was helping or harming their surroundings. Adding to that mysterious discomfort, this was not just an underwater trek through non-fictional biodomes; after killing the coral, the seafloor disappeared, becoming an inky abyss that I wanted no part of. Nava swam down into it and the scenery around him transmuted into an ethereal realm with what looked like ghostly doppelgängers of both the coral tower and the nearby stingrays. 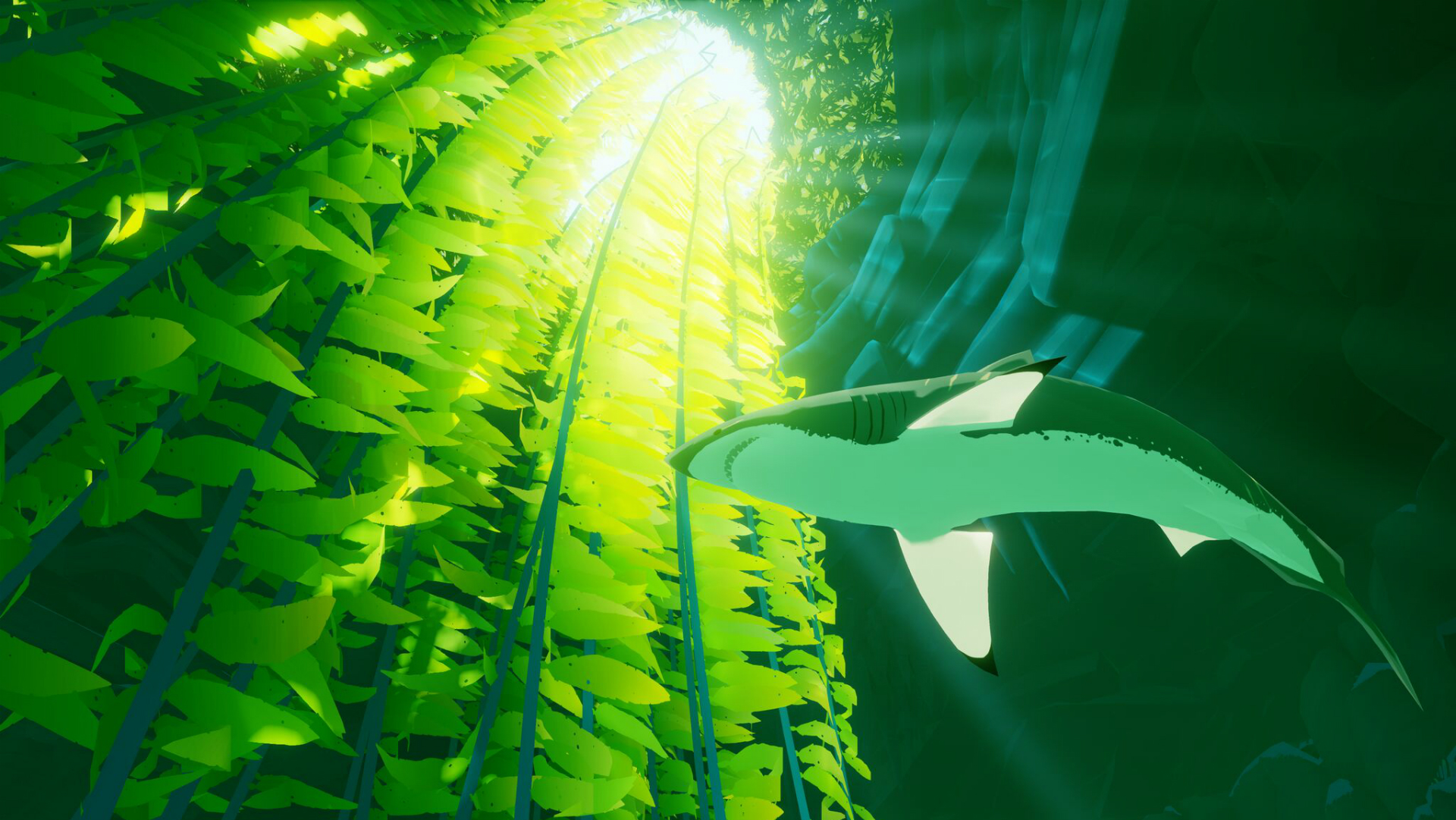 My stomach was an undercooked pasta of noodly knots as he entered this shadowy sea, but Austin Wintory’s lush soundscapes helped to undo some of that tension. There’s a sense of wonder and curiosity that the music continually instilled within me, which worked out well since it was then time for my hands-on with Abzu.

Since swimming in games is often undone by poor controls, I first began drifting in circles to see if Giant Squid had been able to make this a more comfortable endeavor than those before it. What I found was that it actually reminded me of Ecco the Dolphin: Defender of the Future on Dreamcast, which will probably be helpful to three of the people who read this. Instead of the camera facing wherever your character is, it’s controlled only by the right stick. This allows for a freedom in swimming that lets you do flips, swim upside-down unhindered, and do small aerial maneuvers when propelling yourself out of the water. It all feels very free-flow in a comfortable way, where you’re not hindered by camera issues. In fact, if I wasn’t specifically paying attention to the controller for preview purposes, I never would have noticed any obstructions between me and Abzu. It just felt natural.

With the power of aquatic locomotion on my side, I found my heart racing through the entire demo, even though I had just watched Nava play it. My particular phobias made it more enjoyable because moments of terror were bookended by moments of overwhelming calm. It does bring Journey to mind often, but that’s no surprise since Nava was the art director on that project. When using small pulses to interact with other creatures, I thought of thatgamecompany and how it allowed its players to communicate with small blips and bloops. The comparison felt most apt when after one of the quieter moments I found myself in a current traveling with other fish, launching me forward Finding Nemo-style, with triumphant music heralding my arrival on the other side of the ocean. I was surprised to find a big dumb grin plastered across my face, considering I had been so uneasy moments before. 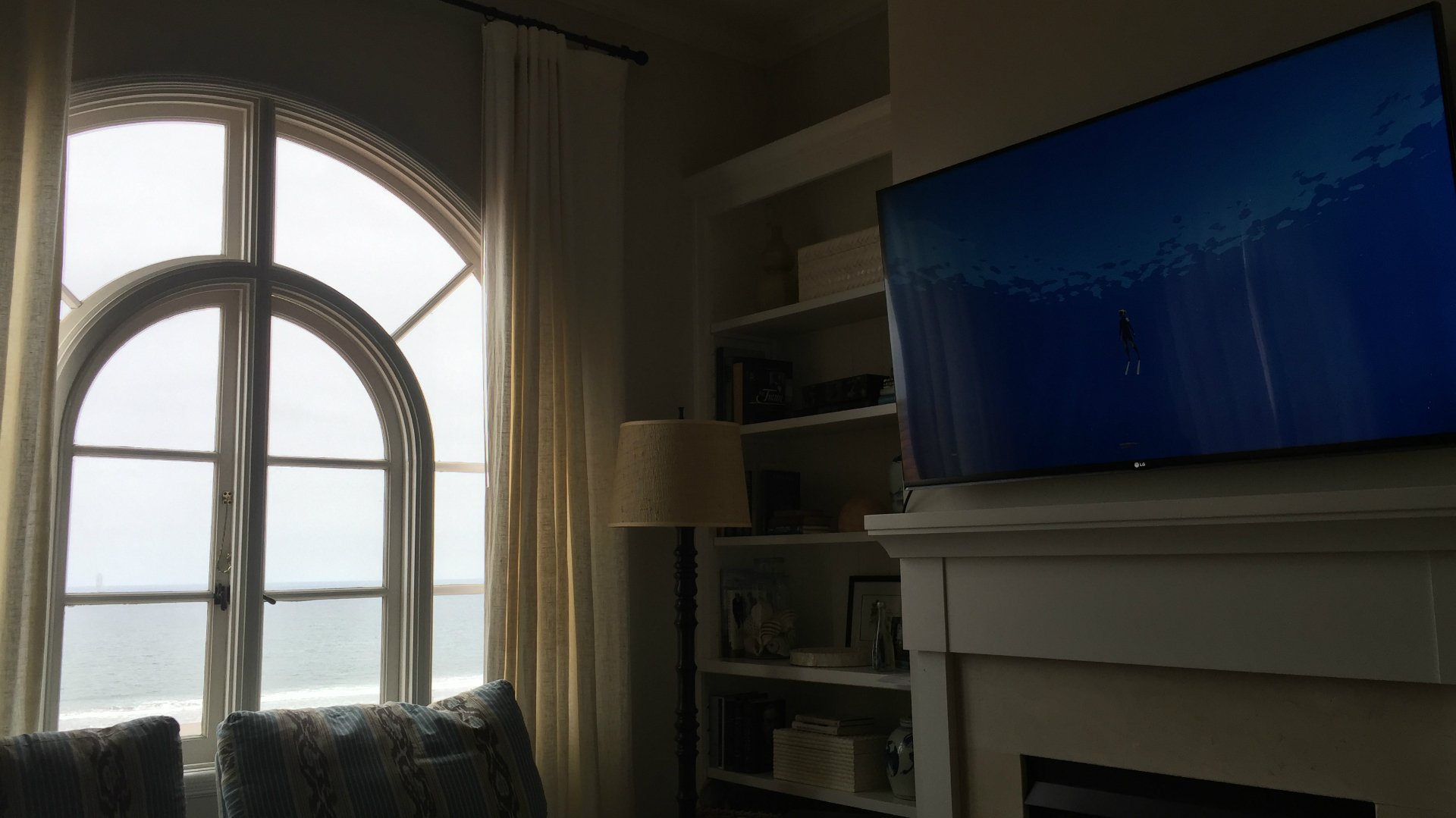 The above picture was my view of two oceans while playing Abzu, one made up of life, death, and salt, and the other of ones, zeroes, and an intrigue I can safely explore. I know that not everyone shares my strange fear and obsession with the underwater’s unknown in games, but I still think Abzu will entrance many who play it. It lets you feel like you’re honest-to-God discovering something that maybe you shouldn’t be, even though you’re on a relatively linear path.

The only mark I could find against it was that the framerate wasn’t stable, and fluctuated between what my eyes perceived as 20-45 FPS. When it was on the high end, the screen became water, but the low end did take break the illusion somewhat. I’m hoping that it’s fixed before it comes to PlayStation 4 and PC this summer. I’m ready to conquer this fear again.