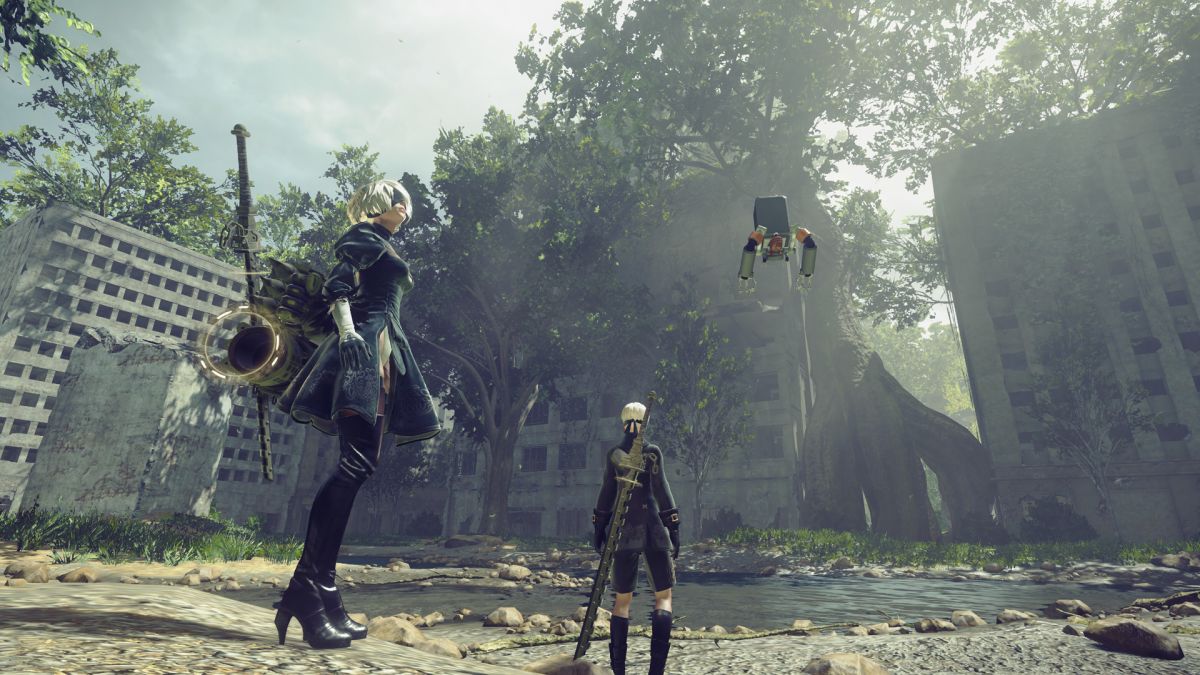 NieR: Automata exceeded everyone’s expectations, both in terms of critical and commercial metrics. Everyone involved seems happy with it, and it’s even getting an Xbox One port soon — something that never seemed possible given how poorly the console is doing in Japan.

With all that in mind, people have been asking about even more platforms, most notably th Switch. As part of Square Enix’s E3 festivities they were livestreaming NieR: Automata, complete with director Yoko Taro and producer Yosuke Saito. Addressing the elephant in the room Taro almost trolls Saito on the spot, in a wink wink nudge nudge manner asking about a Switch port, which seemingly catches Saito off guard.

In response, Saito joked that “in two years it’ll be a reality” if enough people bug him, but ultimately it’s Platinum Games’ decision. So even if the “pestering” plan was a joke (which it probably was) he didn’t deny it!