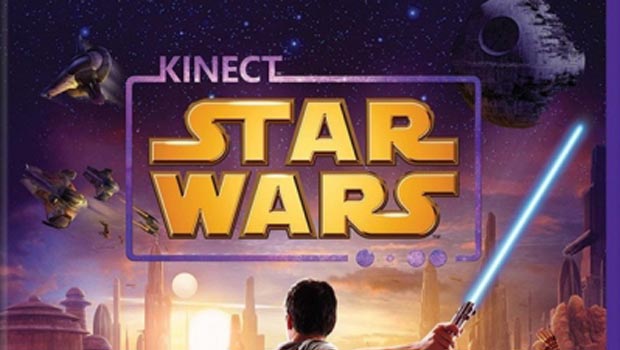 We now know that Kinect Star Wars was not the hardcore Kinect experience that it was originally touted to be. As a collection of Kinect mini-games best suited for younger players, I figured the game’s music would take a similarly lighthearted and playful approach, but the score composed by Gordy Haab and Kyle Newmaster is as hardcore and true to the Star Wars franchise as anyone could have possibly hoped for.

With that in mind, I wanted to highlight this ‘serious’ aspect of the game. Along with some video footage from the recording session with the prestigious London Symphony Orchestra at the legendary Abbey Road Studio where the original film scores were recorded, we also have three full-length music samples on Destructoid’s Soundcloud account for you to enjoy as you read through what the composers have to say about their approach to Kinect Star Wars’ soundtrack.

Gordy Haab: Microsoft approached me after they heard the music I’d written for Star Wars: The Old Republic… ultimately we decided it would be a disservice to Star Wars, no matter how casual or hardcore the experience may be, to approach the music any other way than cinematic.

I’m from the ‘Star Wars Generation’ and I’m a huge fan myself. I think fans of my generation sometimes forget that we were just children ourselves when we became fans, and that there are many fun/lighthearted elements in all the films. Which is why they work on so many levels. Still yet, the scores are epic and serious – and this is what makes the experience larger than life. We wanted to give new fans this same experience and old fans the feeling of nostalgia. We wanted the score to easily stand on its own as well.

Kyle Newmater: After Gordy was hired to score the game he asked me to join him as co-composer on the project. The schedule to complete the 120 minutes of original music was pretty intense, so Gordy brought me in to share the composing duties…

I’m also a life long Star Wars fan so I was thrilled that we were being asked to write a serious orchestral score for Kinect Star Wars. We really wanted to give the gameplay that genuine Star Wars dramatic orchestral quality. It was a dream come true for me to write this music and have it played by the fantastic London Symphony Orchestra!

On their backgrounds and love for John Williams

Haab: This sound has been a part of me since I was a kid. Growing up with Star Wars, ET, Indiana Jones, etc., it’s impossible to be musically inclined and not inspired by it. So what I hear in my minds ear is music like this. That said, it’s not easy music to write, whether you hear it in your head or not. That’s where quite a bit of study comes in to play – particularly the study of orchestration. My first chance to write in this style was for the YouTube sensation, Ryan v.s. Dorkman II. Following this, I was hired to write the score for LucasArts’ Indiana Jones and the Staff of Kings, which further lead to my work on Star Wars: The Old Republic and now of course Kinect Star Wars. One thing I’ll say however; it never gets easier to fill such big shoes – and there’s a constant awareness of the size and expectations of a massive fan base.

Newmaster: I have been inspired by the classic Williams scores all my life and as with many people my age the Star Wars scores felt almost like the soundtrack to my childhood. In fact, the Star Wars and Indiana Jones scores are a large part of the reason I became involved with music in the first place! As a kid I learned to play all my favorite Williams themes on the piano, trumpet and then as I started composing I studied his orchestration and compositional techniques in detail. This familiarity to the Williams sound certainly helps when composing a Star Wars score, but it took many years of study, composing practice and “trial and error” to get to the this point. Prior to working on Kinect Star Wars I did write music for a couple of popular Star Wars fan films including Forced Alliance and also Ryan vs. Dorkman 2. These large orchestral scores were great practice for me to hone in on this style and also gave me some good demo material in the genre. I think the popularity and exposure of these fan films led to me working as an additional composer/orchestrator on Star Wars: The Old Republic, Indiana Jones and the Staff of Kings and now co-scoring Kinect Star Wars. 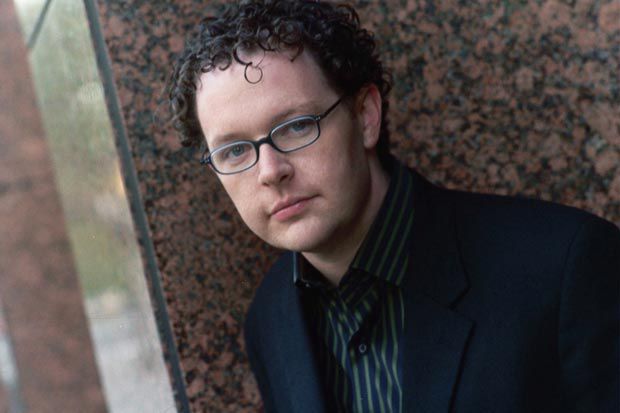 On a potential soundtrack release

There’s talk of an online soundtrack release that would be freely available – we’re waiting for this to happen. We’re both very happy with how the score turned out and would love for the world to hear it…free of podrace engines!

On recording a live orchestra for a Kinect title

Haab: Without giving numbers, I’d agree it was high budget. When we were asked to write music that would seamlessly fit into the sound of the original film scores, I pointed out the importance of a live orchestra. Fortunately everyone agreed! I further suggested that to make this happen, we should use the same orchestra, studio, microphones, etc. so that the only difference would be…us. I was flattered at how trusting of my decisions everyone was – and in many ways this trust is what motivated me to really go for it. It allowed me to do my very best work.

Newmaster: Working with the London Symphony Orchestra and Choir was a really great and rare experience. And of course, Abbey Road is legendary. There are many great orchestras to record with around the world, but for a Star Wars score the LSO is hard to beat. The same orchestra played all six of the Star Wars film scores! 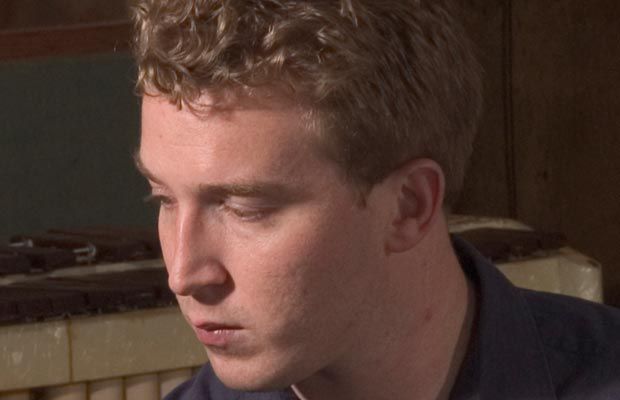 On the recording session shown above

Haab: What you’re seeing is 2 minutes of a 3-day recording session that amounted to a pinnacle experience that only takes backseat to perhaps my wedding (and my wife may argue this point). I’ve been sometimes praised, but often accused, of writing very difficult music. But in my opinion, the way to get the best out of musicians is to know whom you’re writing for, push them to the edge of their abilities, take one step back and leave them there for the entire ride. Knowing I’d be writing for some of the greatest musicians in the world, I forced myself to take my own abilities to the edge. So much so that I had concerns as to whether we had enough time to record. This fear was alleviated within the first 2 minutes of recording session – when they played one of my most challenging pieces, top to bottom, without a mistake. I was blown away!

Newmaster: It was great that Microsoft sent in a film crew to document recording! They came up with a really cool edit of the orchestra performance, interviews and other behind the scenes activities from that day. One important thing to point out about the video is that the performances by the London Symphony Orchestra are mostly of them reading the music for the first time. Although the music was quite challenging technically, [they were] able to sight read that music almost perfectly every time. 3-4 times through each piece was usually enough to get the recorded material we needed! Their level of profesionallism and attention to detail was amazing. John Williams writes some very challenging music and this group has recorded many of his scores so Gordy and I felt confident that [they] would play our music impeccably. Knowing that they would be up for any challenge we gave them was very freeing and took away a lot of the stresses of writing.

Haab: This is for Rancor Rampage at the Mos Eisley location. This was a lot of fun to conceive and write. Musically, the developers wanted Rancor Rampage to be different than anything in the films – describing what they were after as “lighthearted and playful, kind of cute, and extremely monstrous and destructive.” For this piece, in order to create the setting, I took harmonic elements from the “Landspeeder Search” cue in Ep. 4, then dug deep into my love of old monster movies. The result is (I hope) a playful take on Bernard Herrmann, meets John Williams, meets me.

Newmaster: The Rancor Rampage mode was a really fun challenge musically. It was the only mode in the game where we were able to inject a little comedy. It was meant to be extremely over the top to help add to the craziness of a rampaging monster. As you can hear in this track it is an even blend of monster music and quirky moments. I think all of the tracks in Rancor mode still have that signature Star Wars sound, but the orchestration and melodic approach is unique from all other parts of the game. I think it helps keep the mode fun instead of going the straight up horror route. “Jabba’s Runaway Rancor” is a good example of that blend.

Newmaster: I hope that not just fans of the game, but fans of Star Wars in general check out the score we created for Kinect Star Wars. We tried to write music that would fit well into the existing Star Wars universe while having a unique musical voice on its own. It’s about 98% completely new musical material and about 2% ideas that pay tribute to some of our favorite Star Wars score moments. Hopefully listening for, and finding those shrouded musical instances, some more obvious than others, will add to the experience. Also, as we mentioned above, the London Symphony Orchestra performed our music brilliantly, I think it’s worth checking out just for that!

Haab: I’d say to those who may have been dissuaded because they heard it was geared towards kids and was not serious toned, to remind themselves why they first loved Star Wars. Star Wars works because it encompasses the light and the dark (pun intended).  Either way, we feel the music we’ve created stands up to the best music created for a game, the Star Wars franchise or the combination of both – and we hope fans of the game or just Star Wars will listen and agree!