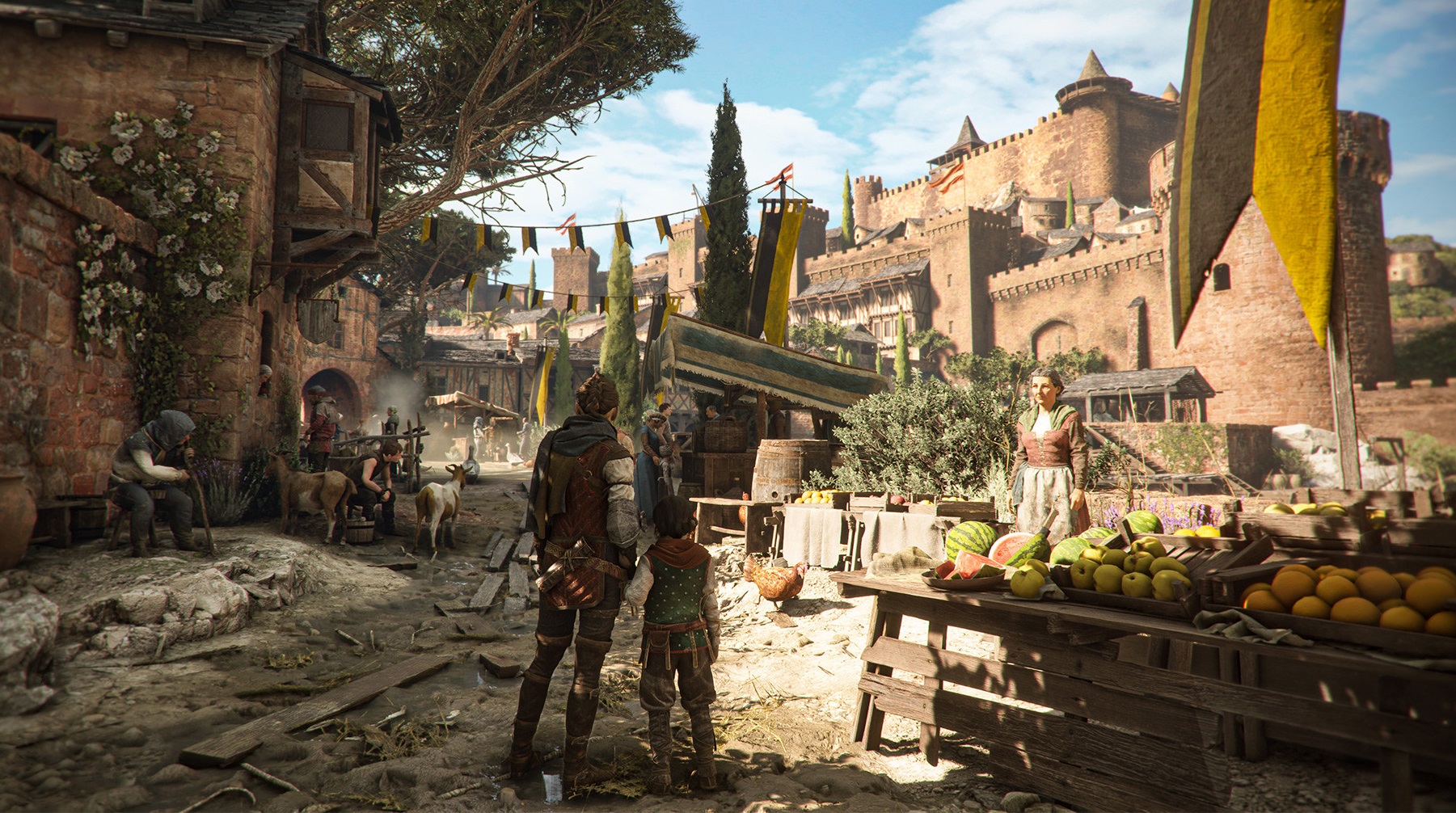 All those lil’ critters need some oomph

Focus Entertainment and Team Asobo have released the final PC requirements for their incoming stealth sequel A Plague Tale: Requiem. The grim-looking adventure is currently scheduled to launch on PS5, PC, and Xbox Series X on October 18.

A Plague Tale: Requiem will tell of the continuing tale of orphaned children Hugo and Amicia de Rune, violently torn from their aristocratic family and thrust into a miserable world of death and disease — pursued by both The Inquisition and a terrifying army of needle-teethed black rats. The sequel will see the de Rune as they country their epic journey through 16th century France, outnumbered and outgunned.

Despite being a so-called “AA” release, predecessor A Plague Tale: Innocence was an incredibly attractive title with highly detailed worlds and lavish lighting and visual effects. As such, it would figure that the French developer would go all-in on new-gen for the sequel, in order to further realize its ambition of creating and grimly gorgeous world.

You can check out the Minimum and Recommended requirements/specifications below. 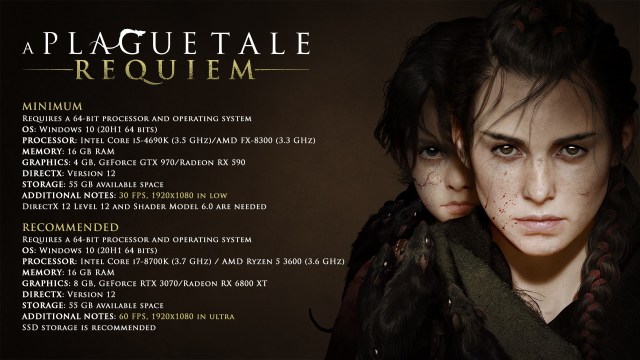