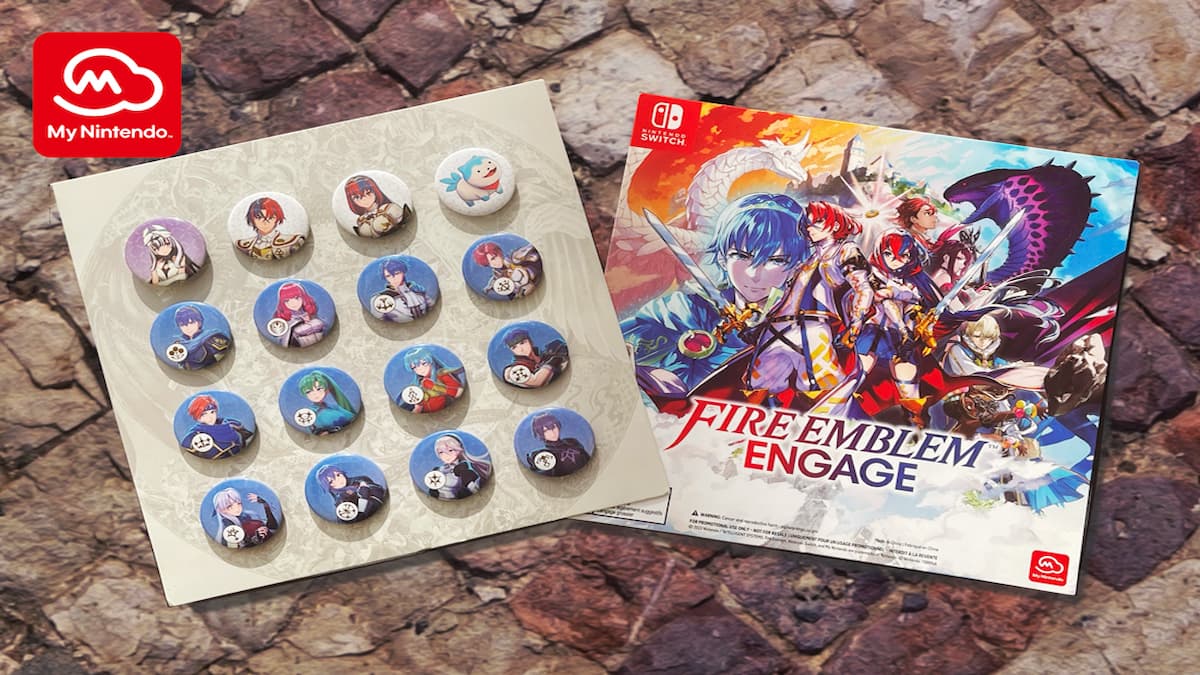 Whenever a new first party Nintendo game creeps up, you know it’s time for a physical My Nintendo reward. Whether it’s a towel or a keychain (which it is in most cases!), something typically is dumped on the My Nintendo system for people to spend their points on. For Fire Emblem Engage, that physical reward is a pin set.

This is in addition to the current sweepstakes they’re still running.

Here’s the full description from Nintendo:

Pin set price points typically vary, with the WarioWare set going for 500 Platinum Points (for four larger pins), and the heavy-duty Gold and Platinum point pins going for 800. If you really want these as soon as they’re available (which is roughly a wait time of 1-2 weeks, sometimes more), aim for having around 1000 points as a buffer.

[Update: Nintendo has released the reward on their storefront for 700 Platinum Points. You can find the listing here.]