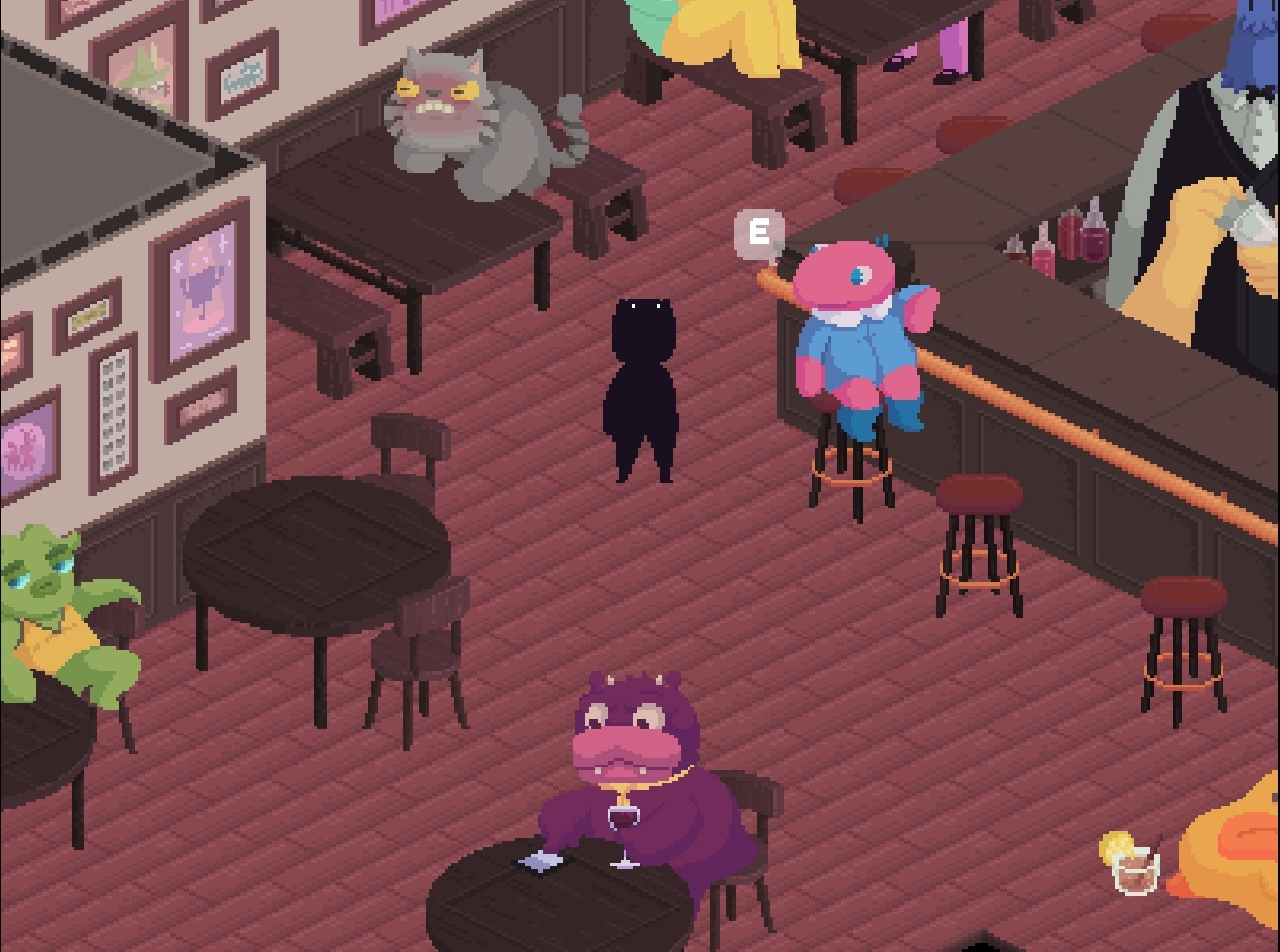 A Monster Pub where everyone knows your name

Being the new person in town is tough. Moving away from family and friends means starting fresh. Breaking into social circles and putting yourself out there is no small task, especially when your new neighbors are monsters.

At least that’s the case in Monster Pub. The narrative game casts players as a fresh-faced arrival in a town where everyone is a monster. Over the course of one night, you chat with all manner of creatures, play some cards, and maybe — if you’re lucky — end the evening with a few new friends.

Monster Pub is the right kind of relaxing. It’s broken up into two playable chapters (with a third planned) that take about an hour. Most of your time is spent milling about the titular bar and chatting with patrons while playing Sandwich, which borrows its name from Egyptian Rat Screw. Every monster has a unique personality, varied interests, and plenty of personality quirks. Across the first chapter, you’ll meet some standout monsters, like a former superhero and a fuzzy beast who just wants to write fanfiction about an X-Files-like show.

It’s not just all fun and card games though. Most of your conversations with the monsters lead to different dialogue options. Each response has a different outcome that feeds into the monster’s opinion of you, for better or worse. Between playing Sandwich and selecting the “right” answers, it’s relatively simple to worm your way into each patron’s heart, but warm vibes and friendly banter are what sell Monster Pub, not its challenge.

Monster Pub‘s first two chapters are a great way to pass a lazy afternoon. In two hours, you can socialize digitally, all without the risk of saying something stupid. Plus, you can try the first chapter for free on itch.io.