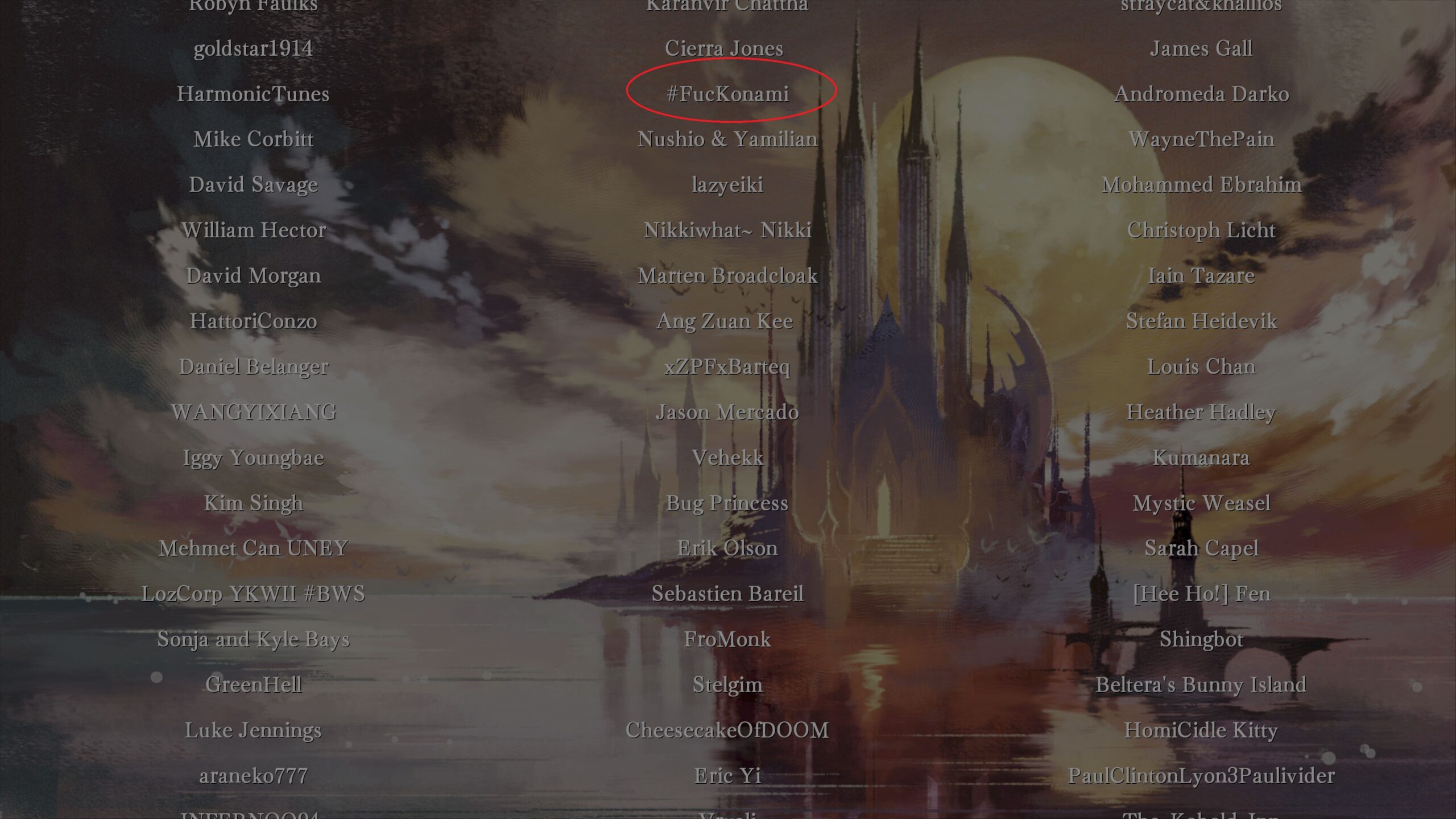 Here’s several of them

Credits for Kickstarted games are complicated. Some projects choose to credit every single backer, some only allow backers at higher contribution levels to be memorialized.

In the case of Bloodstained the credits are over an hour long, so they went all out. Naturally, with a text dump of that magnitude, things are going to slip through the cracks. As seen on a reddit post, one backer titled “if you read this youre gay” managed to get by. So that got me thinking: did anything else?

I spent a few hours researching the matter (I love that this is my job) and not only verified the aforementioned credit listing, but found a few of my own. “FucKonami” made it through, as did many Symphony of the Night references (like “hehehe, thank you”). Hilariously, there’s a complete dunk on the Mighty No. 9 “it’s better than nothing” debacle: which is even more ridiculous when you consider that Inti Creates was involved with both games.

Get a glimpse at a few of them in the gallery below: I’m sure folks will find their own silly listings at some point.