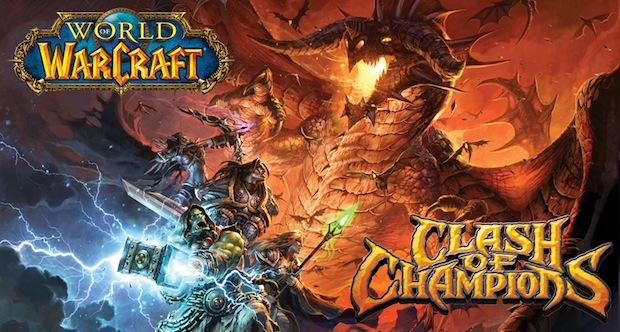 Card games are tops with me, but I can’t do the card collecting like I did back in the Magic: The Gathering days anymore. I won’t let myself.

Cryptozoic understands this, and maybe that’s why they’ve made new card game World of Warcraft: Clash of Champions a deck-building game. Up to four players can build decks from 425 cards featuring popular figures from MMO World of Warcraft. You’ll fight monsters, get loot, and take on raid bosses. That sounds pretty great, and so does not having to buy booster packs.

World of Warcraft: Clash of Champions will be available in spring 2012 with a suggested retail price of $45.00.