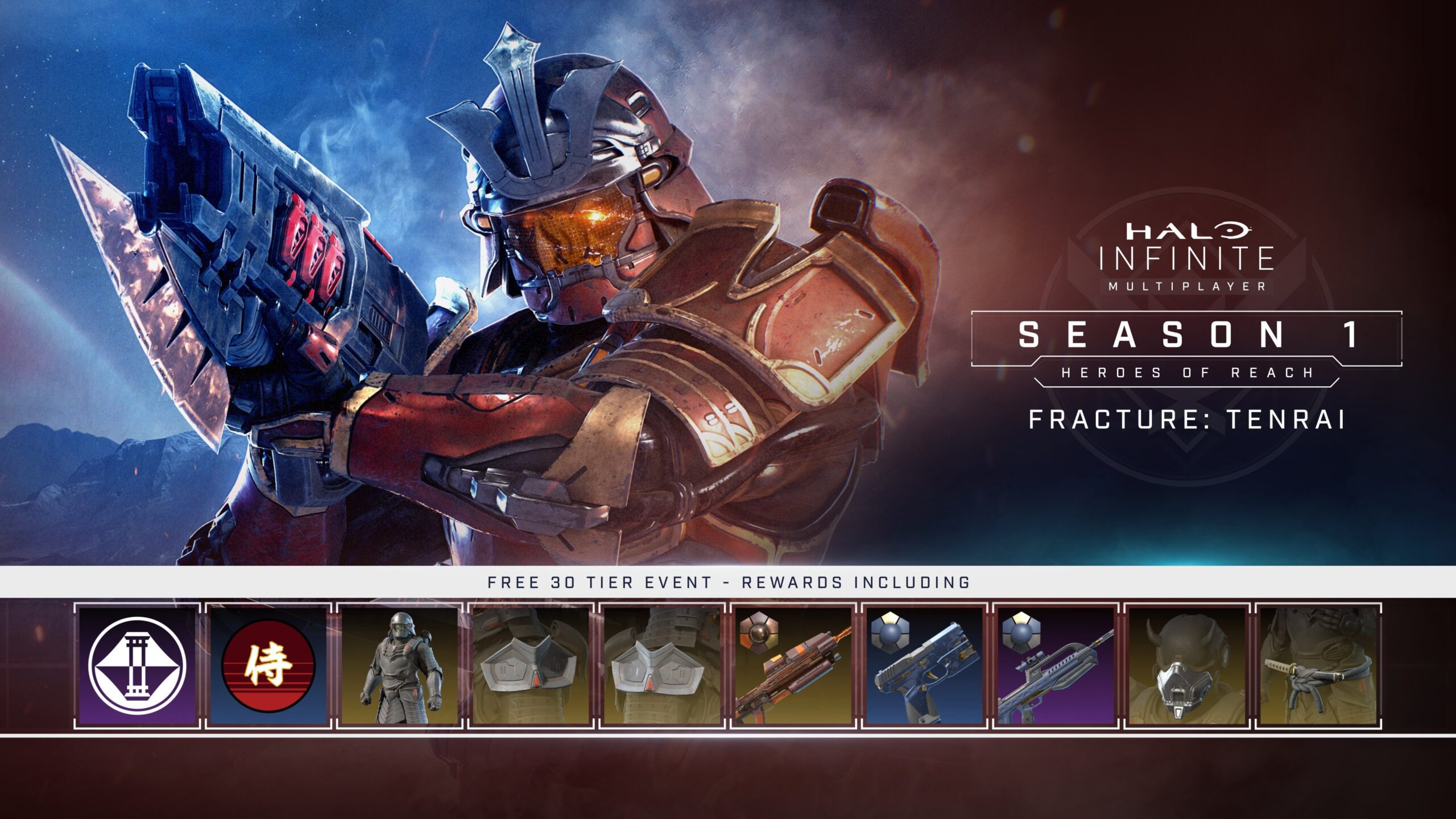 Start date, details, how it works

The Halo Infinite Tenrai event is nearly here, and it’s the first big thing that 343 Industries is doing for the game to kick off the multiplayer component. Here’s everything we know.

It kicks off this week on November 23, but it will rotate back in during the entire season

The main draw of the Tenrai event is the cool-looking Yoroi samurai armor set, which is reconfirmed to be part of the reward tiers. But when does it start? Well, “after the 20th anniversary event wraps up on November 22.” Depending on your region, it’ll go live tonight or in the early morning of November 23.

With that in mind, we do have details for the Tenrai event that are buried in an old blog from 343. So it’s going to be available “one week per month during season one,” and it will “come and go throughout the season.” That’s really important! If you miss it or you’re on vacation, it’ll come back.

343 has confirmed the following dates, and that the event will return “five more times” after the first run:

It’s 30 levels (tiers) of grinding for all the rewards

About that release cadence: “your progress will carry over” when the event comes in and out of the event space in Halo Infinite. 343 says you will have “multiple opportunities” to unlock all the rewards.

While we got word a while back that it would be 20 tiers, it seems to be 30 now, based on the newest tweet from the studio. Rewards include weapon customization colors, emblems, the suit core, and pieces to put on that core, like a belt with a katana, a mask, and pads.

343 Industries says this is “just for starters” in terms of what the season will bring. The HCS Spotlight, Winter Contingency, Cyber Showdown, and Tactical Ops events are also teased for release during the first season: which is running through May 2022.

As a reminder you have until today to earn the 20th anniversary items, so download the client for free on PC or Xbox and just log in to redeem the offer.

Events with free content are an integral part of #HaloInfinite’s MP seasons – and, with our 20th Anniversary event wrapping on Monday, Nov. 22, we wanted to look ahead at what’s to come.

Draw your blades for Fracture: Tenrai, arriving next week! (And that's just for starters.) pic.twitter.com/chiQiQR2pt