When you think of a contemporary urban warfare videogame, almost every one is going to think of, well, Call of Duty: Modern Warfare. That’s an amazing game, setting the standard for contemporary shooters. The Wii version, exists, yes, and any game entering the Wii market is going to compete with that.

So what do you do? Well, Destineer hopes to enter the niche ofmodern warfare stylings with Marines: Modern Urban Combat. It’s a game from a company who has worked with the American military to create training simulations, so this is really a child of professional training tools. How does it stand up in my hands-off preview? Hit the jump for my impressions.

Creating a realistic military game is quite the challenging, especially when you place the game on the Wii. Destineer, thankfully, has worked in the past with creating products to help real-life marines train for combat life, called First to Fight. Marines: Modern Urban Combat, thus, is the resulting product of a true military simulation.

Some of the really neat features is how the squad can be commanded with context sensitive commands and controls. The way your squad interacts with knocking through doors and shooting targets is pretty cool, and their defensive columns squad movements show a certain sense of realism.

The AI, I’ve been promised, will be pretty intelligent, covering your back when need to and dealing with threats in a serious and authentic manner. Like in other FPS games, you can also command air support, and the constant threat of enemies can be dealt with in an intelligent manner. 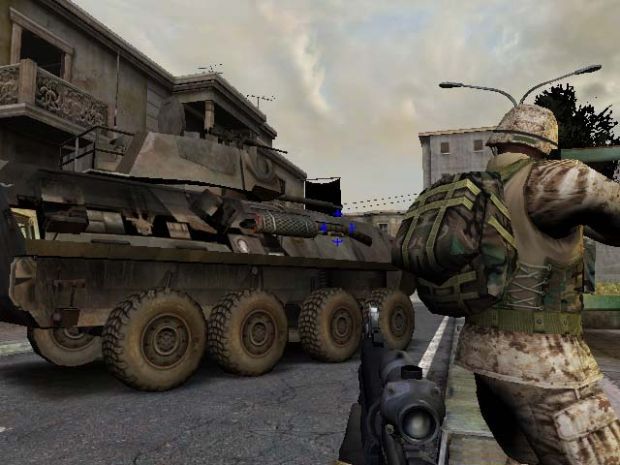 What may or may not be a problem for Wii FPS fans is the speed of the reticule. Movement and control are slow, but I believe it is a conscious decision of the dev team. This game is supposed to recreate the actions of Marines, so hiding behind walls, crouching, and patiently waiting for your squad to do their part means that running and gunning is a no-no. Some people will hate it, but Wii-gamers with a realistic bent might like it. This is certainly designed to at least play realistically, so slow and steady kills the bad guys.

Unfortunately, I have to say that this is not the prettiest game ever seen on the Wii. Textures are muddy, flat and dull, and while the squad members and enemies look a little better, movements are rather stiff. This is in part due to the power of the Wii, as well as the budget nature of the game.

There is also not a whole lot going on in the streets, with levels mostly quiet of action until you come across a baddie. At that point, expect to be shot at, so teamwork with your AI controlled squad is important, as only a few shots will kill you. 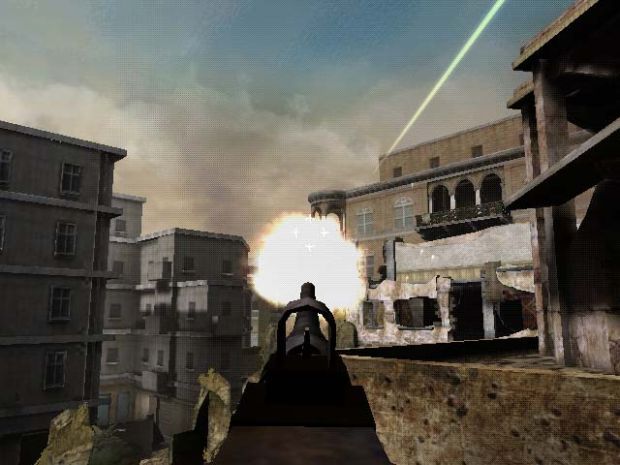 Unfortunately, this embodies the sounds of a budget title. Voice and audio were not much to be too excited about, with many of the levels substantially quiet.

Multiplayer is also completely nonexistent, except for one admittedly weird co-op mode. In this, one player controls the marine and a reticule, and then the second player piggybacks with a second reticule. It’s like player one is playing an FPS, and player two is playing an on-rails shooter. For a game that prides itself on military realism, this is a little odd. However, the option seems to be nice, and it’ll be something military dads can play with their kids. 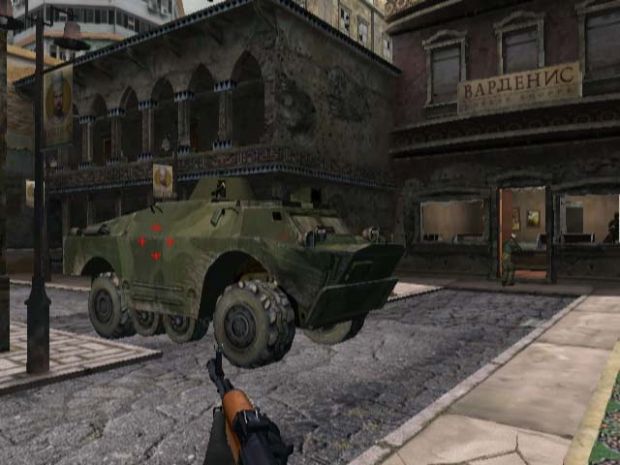 I really don’t want to massively pass on Marines: Modern Urban Combat, as Destineer does have a certain pedigree when it comes to this sort of game. Without more hands-on time with the game, I cannot say if the stands up to its promise of realism. It really might reach that. I just believe that making a realistic shooter on the Wii, like Marines: Modern Urban Combat, is almost an unrealistic.

While the actual elements and AI of the game is aimed to a high order, everything else (the graphics, the audio, lack of multiplayer) just creates an environment that doesn’t quite feel realistic. I hope the team can pull it together, and we’ll see how this game turns out. And hell, the $29.99 budget price will appeal to someone.