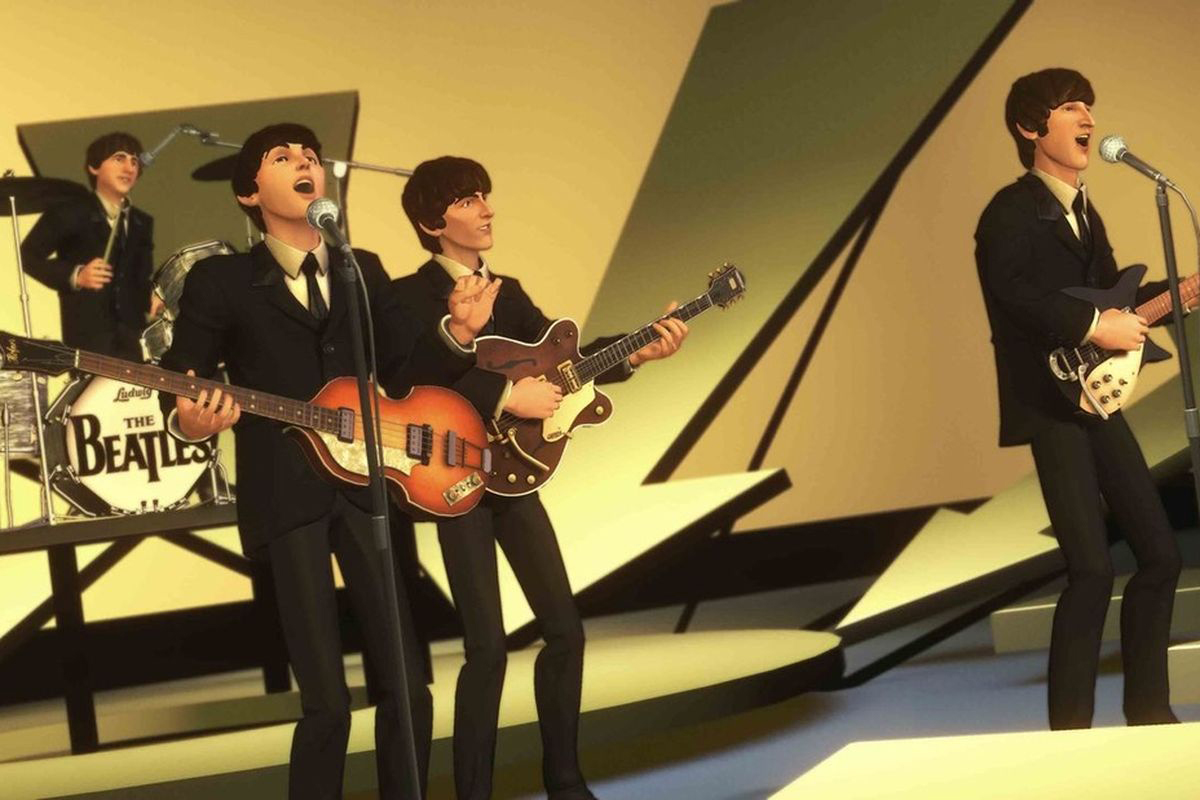 But now my guitar gently weeps

I would never argue against the greatness that was 1999 because that truly was a special year for the gaming industry. It’s so great, Prince wrote a song about it 17 years before we even got there. But 2009 was no slouch either. This was the year that gave us Batman: Arkham Asylum, Minecraft, Uncharted 2, Dragon Age: Origins, and Grand Theft Auto: Chinatown Wars. Each an absolute gem of a game, but there’s another title from that year that had a much bigger impact on me. It came out on 9/9/09 and it featured one of the very best bands of all time.

It’s The Beatles: Rock Band, and it came out the year the plastic instrument rhythm genre, once the crown jewel of the industry, started to crumble. 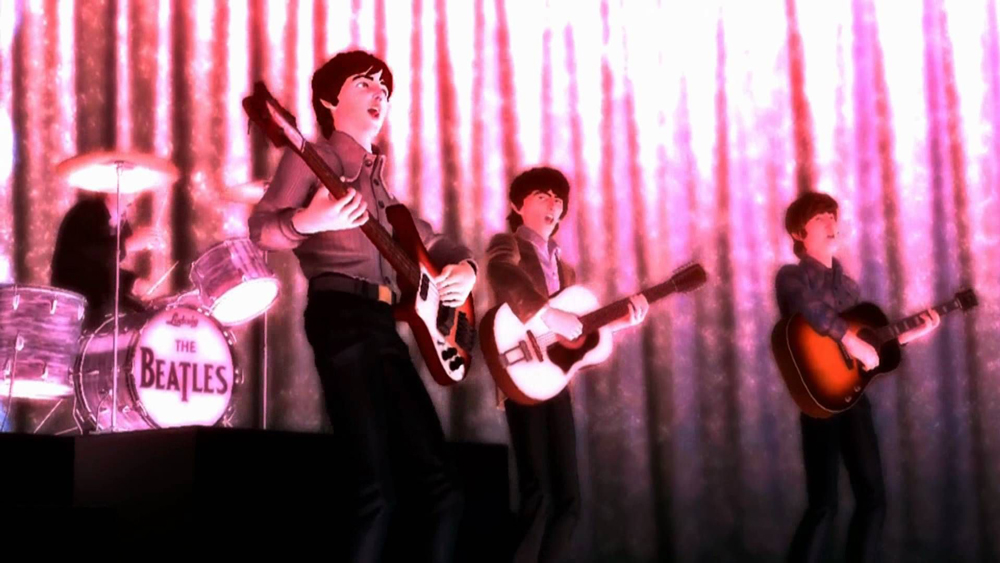 The Beatles: Rock Band arrived at a good time for developer Harmonix. Its previous title, Rock Band 2, absolutely exploded in 2008. Getting out the door before Guitar Hero: World Tour, the first game in that franchise to add drums and microphones, Rock Band 2 managed to sell nearly two million copies by the end of the year on Xbox 360, PlayStation 3, PlayStation 2, and Nintendo Wii. While that was inevitably less than what World Tour moved — shouldn’t have waited on that Wii version, Harmonix — the game’s popularity only continued to grow with the hundreds upon hundreds of songs added to its catalog as paid DLC.

That was my introduction to the Rock Band experience. I’d played a bit of Guitar Hero over the years, but I wasn’t much for playing lead guitar and trying to nail those epic solos. I’m far too boring of a person for that. I preferred rhythm and bass. That’s what Rock Band 2 offered, so when GameStop had a good deal on a bundle, I swooped it up and started to live out my tepid rock star dreams. It would eventually become the first game I put more than 100 hours into. And I did that in a pretty short span because once The Beatles: Rock Band released, I never went back.

Prior to 9/9/09, a Beatles song had never been featured in a Rock Band or Guitar Hero game. The only reason we ended up getting it is because MTV had bought Harmonix and George Harrison’s son had an interest in making it happen. And though there were some band-specific Guitar Hero games before it, the release of The Beatles: Rock Band felt like an event more than just another game release. None of its songs offered the difficulty of something like “Through the Fire and Flames” and you couldn’t make your own mop-top as with the other Rock Band titles, but that really didn’t matter. Even if the story mode was super linear, there was just something about a group of friends coming together to become the Fab 4 that set it apart from those other rhythm games. 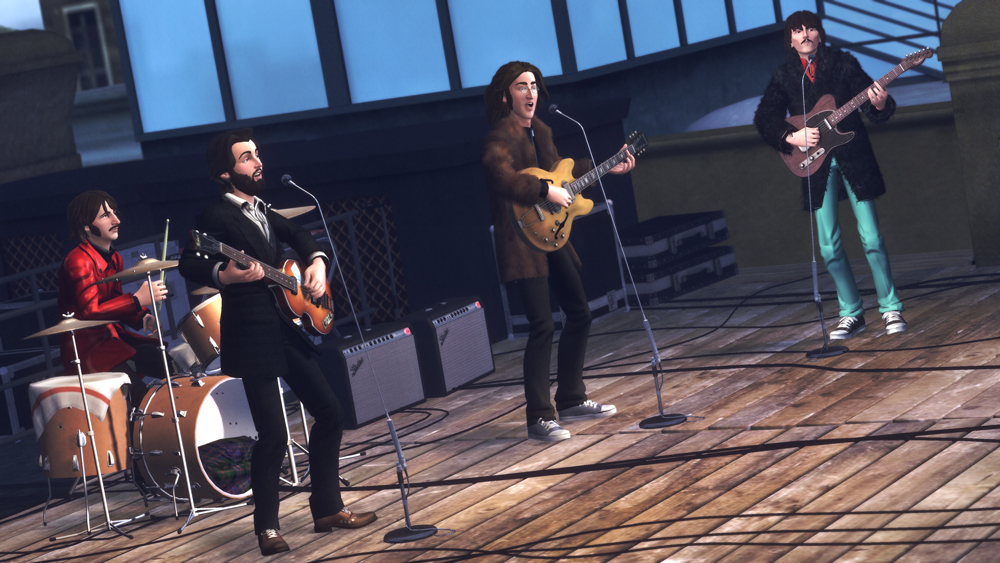 For me, gaming has mostly always been a solo experience. Outside of slumber parties in my tweenage years, it was pretty much just single-player games for this guy. The Beatles: Rock Band brought other people back into my life to game with. My roommate, who didn’t particularly care for The Beatles, was the first to join me and soon I was picking up beers as co-workers stopped by our apartment to blow off steam after work with a rousing rendition of “Paperback Writer.” Neighbor kids would peek in on us playing and, unlike Rock Band 2 where I only played with my roommate, I would solo The Beatles, doing my best to work my limited finger skills on songs like “Octopus’s Garden” and “Back in the U.S.S.R.”

While The Beatles: Rock Band rocketed to sales success, the rest of the music rhythm genre started to slowly collapse around it. Years of asking people to buy more and more plastic accessories began to take its toll. From September to November of that year, Activision and Harmonix released five different plastic instrument music games, including DJ Hero, LEGO Rock Band, and Band Hero. While DJ Hero would eventually sell more than one million copies, the entire genre would crater in 2010, leading to a long hiatus for both Guitar Hero and Rock Band as casual music fans flooded to Ubisoft’s Just Dance.

With Green Day: Rock Band released in June 2010, the possibilities were just getting started. Queen, Pink Floyd, Led Zeppelin, and U2 were apparently under some form of consideration at one point to have their own entries in the series. If those were to have come out and succeeded, just think of all the other bands who might have also been worthy of their own Rock Band. Off the top of my head, I would have loved to play some Rolling Stones, Fleetwood Mac, Beach Boys, and The Monkees.

I don’t think there is a trend in gaming I mourn more than our dearly departed peripheral-based music games. Sure, it was expensive and all those guitars and drums and microphones took up space next to my television. But outside of Wii Sports, there is no other genre that brought together me and my friends for nights dedicated to gaming. Games like Rock Band made karaoke cool, and The Beatles: Rock Band was the absolute pinnacle of the genre for my clique.