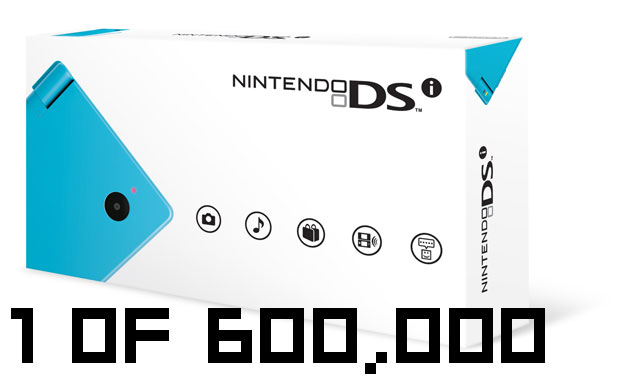 It’s no surprise that the Nintendo DSi was going to be amazingly popular at retail when it launched. But just how popular is it?

According to Nintendo’s president Satoru Iwata, 600,000 unites were sold across Europe and the United States in the handheld’s launch weekend. Iwata even says the consoles sold evenly in both territories, with 300,000 units sold both here in the U.S. and across the pond.

Again, the numbers aren’t surprising, and I’m positive by E3 Nintendo will have generated enough sales to cover six or seven slides worth of bragging at their press conference. I was surprised to see so many unsold DSi units sitting in the glass cabinet of my local Target store. While that doesn’t mean the system isn’t selling (it clearly is), I fully expected for Nintendo to be giving the whole “we couldn’t have anticipated this kind of demand” spiel by now.

Have you purchased a DSi yet? What does availability look like in your area based on what you’ve seen?