She’s got the arsenal to do it

3D Realms is keenly aware of what players know it for. Sure, there are plenty of titles in the publisher’s history that should stand out, but for all intents and purposes, the company might as well re-name itself The Duke Nukem Guys.

In the case of its next project, Bombshell, 3D Realms is absolutely looking to distance itself from the Duke tropes — at least as far as this game is concerned. Despite a lot of thematic similarities (oh hey, aliens took over again), Interceptor and 3D Realms have created a hero in Bombshell (Shelly Harrison is her proper name) who is a polar opposite from Duke in a lot of ways. Interceptor CEO and 3D Realms vice president Frederik Schreiber said that the two probably wouldn’t get along too well. Then, Schreiber went so far as to say “Bombshell is the only one who could kick Duke’s ass.”

She’s come a long way since our introduction to her last year. 3D Realms fully fesses up that the first take was premature. There was pressure to reveal Bombshell before it was ready. 3D Realms was trying to do something — anything — to take eyes off the lawsuit with Gearbox and to prove it was more than just The Duke Nukem Guys. The result was a trailer that was almost universally poorly received. That was more than enough of a cue to go back to the drawing board.

So, much like Bombshell herself, 3D Realms rebuilt the game. A lot of the grit and edge was suppressed. Her steely, crude mechanical arm was traded in for one that looked technologically useful. Her exposed midriff was exchanged for a functional suit of armor. And, what was once a half-shaved head is now a full head of hair. Most importantly, Bombshell looks like a significantly better game than we were led to believe almost a full year ago.

Even if it may not seem like much variation for most studios, Interceptor and 3D Realms are spreading their wings with Bombshell. This isn’t a first-person shooter. It’s an action RPG with an isometric view. Again, it’s an attempt to differentiate from Duke. 3D Realms acknowledged that when you specialize in a single genre, you become too comfortable. When you move outside of that comfort zone, you’re able to look at everything from a different point of view.

Actually, “different point of view” also extends to long-time 3D Realms fans, as it perfectly describes what they’ll find most jarring about Bombshell. This has an isometric view, a top-down camera that gives a clear look at everything in the near vicinity. There’s also a jump mechanic to go alongside some light platforming that may or may not prove frustrating. 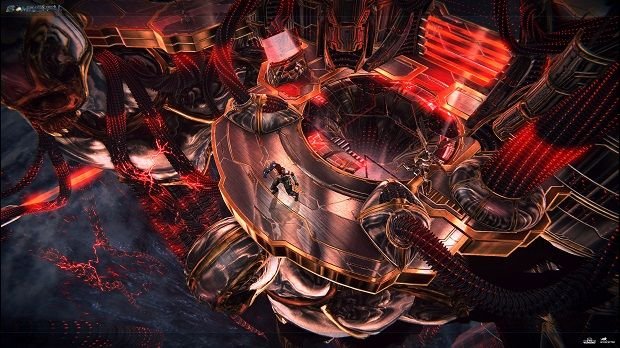 The role-playing aspect may be 3D Realms’ greatest trick. Bombshell features two different currencies that are used for upgrading passive stats and weapons. This forces the player to figure out what they want their strengths to be, and to adjust gameplay accordingly. When you think about it, that’s so wonderfully not 3D Realms.

But, where 3D Realms doesn’t stray too far from its tried-and-true roots is that Bombshell asks the player to kill everything in sight. It doesn’t matter how it’s done — simple shooting, blowing things straight to hell, or even detaching Knuckles (her mechanical arm) to serve as a temporary turret. Just know that there will be foes, and they will ultimately die.

Those enemies come in the form of three different races of aliens. In an unlikely twist, they’re all working together. Predictably, 3D Realms wasn’t too eager to talk about the story. What it was willing to say is that there’s something valuable on Earth that the aliens want. Also, they’ve captured the President of the United States. 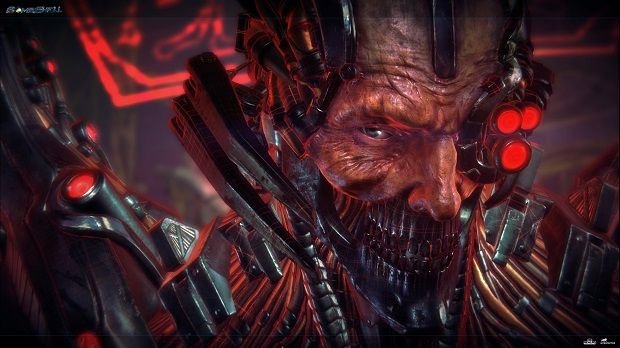 Where Bombshell comes in is a “just one last job” sort of plot device. Her backstory is that she was the leader of the Global Defense Force, and her career came to an end during something called “The Washington Incident” — a mission gone wrong in which she lost her arm and her crew. With the President abducted, they rebuilt her stronger than ever.

Okay, admittedly, this story eschews all semblance of nuance or subtlety thus far. The dialogue’s equally gruff, with Bombshell usually spouting off exactly what you’d expect Generic ’90s Action Hero to say. Of course, 3D Realms promises that there’s lots of plot to discover along the way. Hopefully it serves as a way to introduce Bombshell as a deep and interesting character — not just a less crude, female Duke.

Maybe the biggest uncertainty — and there are a fair number — is just how seriously 3D Realms takes itself with Bombshell. Is a lot of this tongue-in-cheek? Is it completely straight-faced and lacking self-awareness? Will it somehow shape up to be less ridiculous (and that’s in no way a slight against the game) than during my 30-minute demo? The tone is a giant question mark, but then again, maybe it doesn’t really matter. ’90s clichés will come off as entertaining and badass, regardless of Interceptor’s and 3D Realms’ true intentions.

Whatever the answer may be, we won’t have to wait too long to find out. Bombshell has its sights set on on a summer release for PC, PS4, and Xbox One. It remains to see whether it’s enjoyably explosive or a dud. But, rest assured that it’s definitely not the Bombshell you knew a year ago.