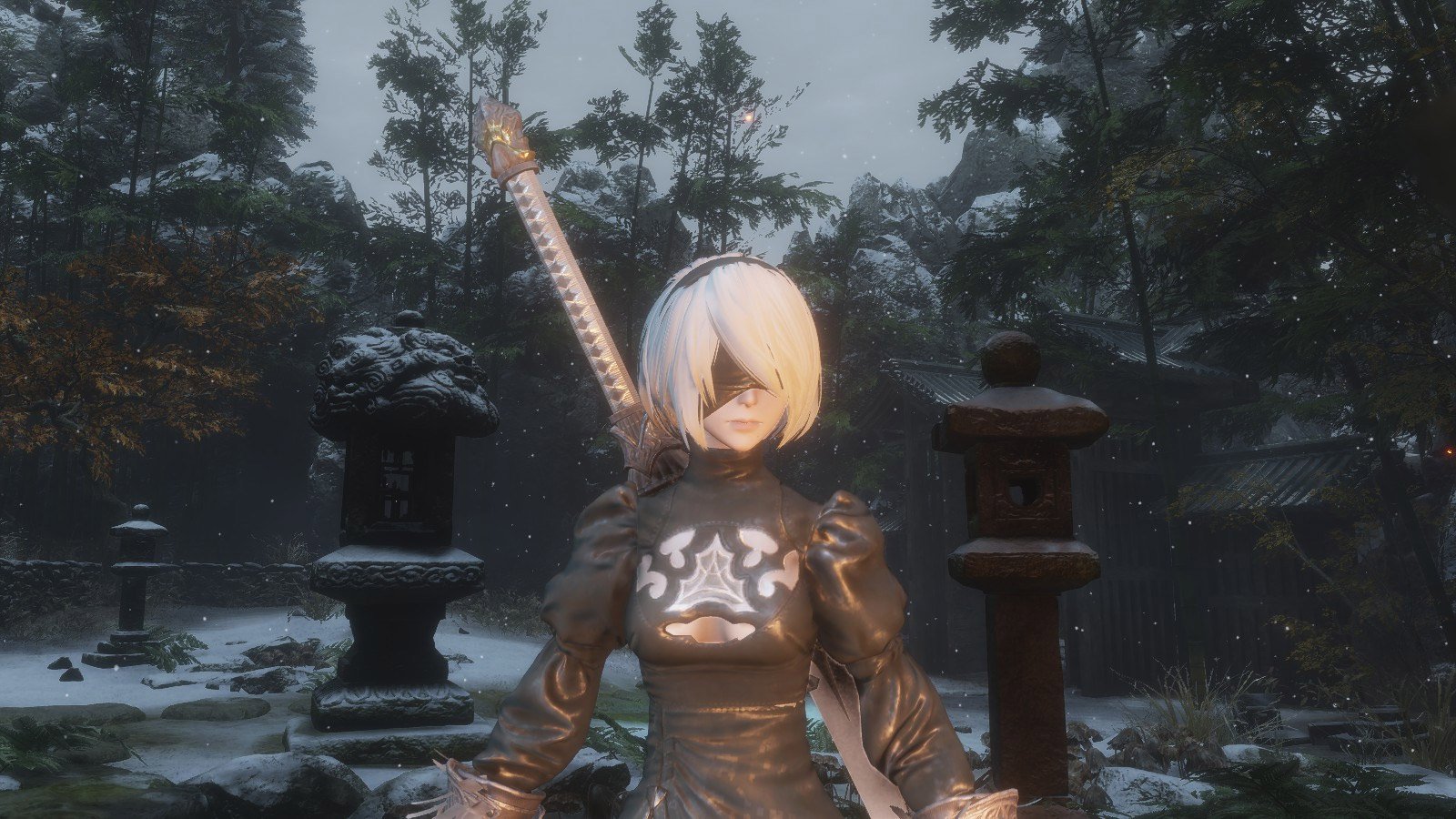 Modders have transplanted countless characters, and while the results are often little more than a chuckle-inducing novelty, sometimes their move just fundamentally works. I don’t know how NieR: Automata‘s 2B would end up on a hard-fought quest sneaking through picturesque Ashina, but in my mind – if I don’t think too hard about the particulars – this mash-up makes a weird sort of sense.

Thanks to Sekiro modder Forsakensilver, you can put Wolf on the bench and play as 2B instead. Before you race to start up this video, a note on spoilers: the first minute and a half are safe, as only the introductory sequence is shown. After that, there’s a montage of boss after boss until the game’s final fight. I don’t want to be the jerk who inadvertently spoiled Sekiro‘s coolest encounter for you.

With that in mind, dang, this 2B montage makes me want to play Sekiro again, and I say that as someone who’s lost count of how many times they’ve beaten it. The new-game-plus loop is too fun!

Now that we’re properly pumped to pull off some shinobi deathblows as 2B, here’s how to get the NieR: Automata mod running in Sekiro as relayed by Nexus Mods user asasasasasbc:

2B is too strong a character to star in a single game. Automata fans clearly aren’t ready to say goodbye, and with four million sales and counting, who knows what the future holds for Yoko Taro and co.